No Civilian Traffic On Kashmir Highway For Two Days Every Week

According to the new order, the prohibition would be from Baramulla through Srinagar, Qazigund, Jawahar-Tunnel, Banihal, and Ramban till Udhampur. 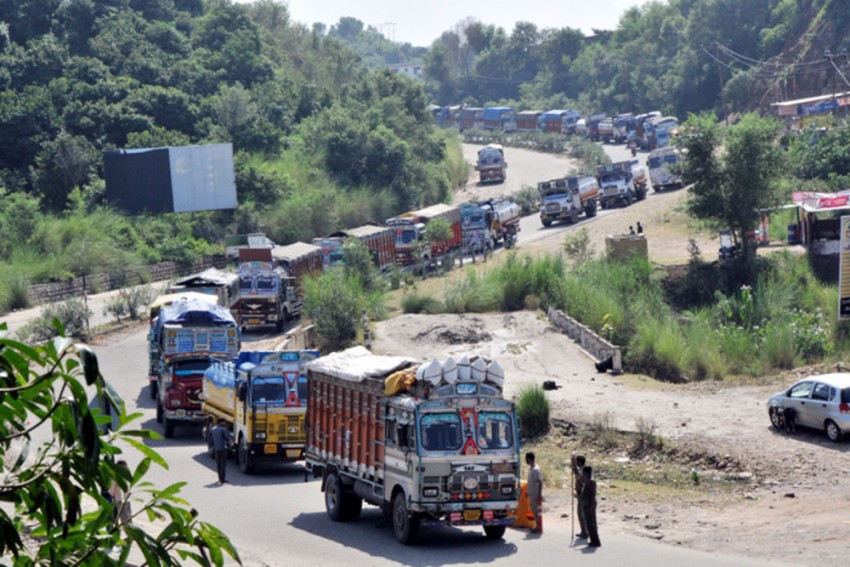 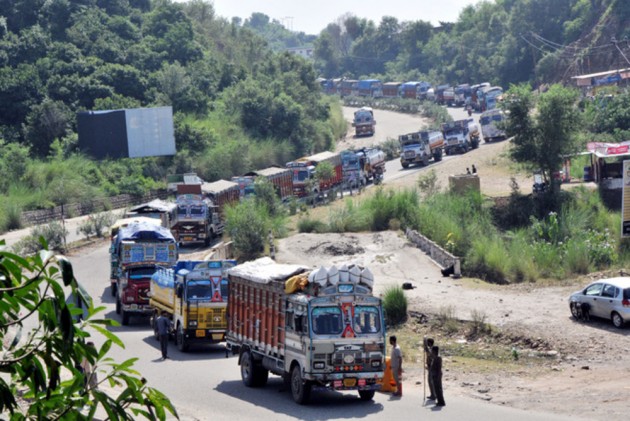 outlookindia.com
2019-04-04T11:22:08+0530
The government today issued an order banning the movement of civilian traffic on specific days on the highways for smooth movement of security forces convoys.
A government spokesman through a statement Wednesday evening said “keeping  in view the large movement of Security Forces on the national highway during the Parliamentary Elections and associated possibility of any fidayeen terror attack on Security Forces’ Convoys, the State Government has notified specified days in a week for the movement of Security Forces from Srinagar to Jammu.”
“During these days, no civilian traffic would be allowed on National Highway,” he said.
The spokesman said “to mitigate the inconvenience to the civilians by this move, the government has notified 2 dedicated days in a week i.e, (Sunday and Wednesday) exclusively for movement of Security Forces Convoys and there would be a complete ban on civilian traffic on the National Highway during these two days from 4 AM to 5 PM,” the spokesman said.
“This prohibition would be from Baramulla through Srinagar, Qazigund, Jawahar-Tunnel, Banihal and Ramban till Udhampur,” the spokesman added.
He said the Government has, further decided that in the event of any requirement for local traffic movement for any emergency or for other purpose, the local administration and police would evolve necessary procedures for this as is done during curfew days,” he said.
“These restrictions would remain in force till 31st May, 2019,” he said.
The spokesman while trying to convey the decision has been taken with full
Confidence of the union home ministry, said, “It would be recalled that the Union Home Minister Rajnath Singh, during his visit to Kashmir post Pulwama terror attack in February, 2019, had announced that no civilian traffic movement would be allowed during the convoy days.”
“Besides, few days ago on 30th March, there was a possible fidayeen attack on another Security Force Convoy at Banihal,” he added.
Already the security forces are halting movement of traffic when the convoys whether big or small are on move on the highway. The government has not cleared whether the school buses, college students and ambulances can ply on the road during no traffic days.

Rahul Gandhi To File Nomination From Wayanad Today, Arrives In Kerala With Priyanka