Death row convict Vinay filed the mercy petition at the Rashtrapati Bhavan and has got an acknowledgement. 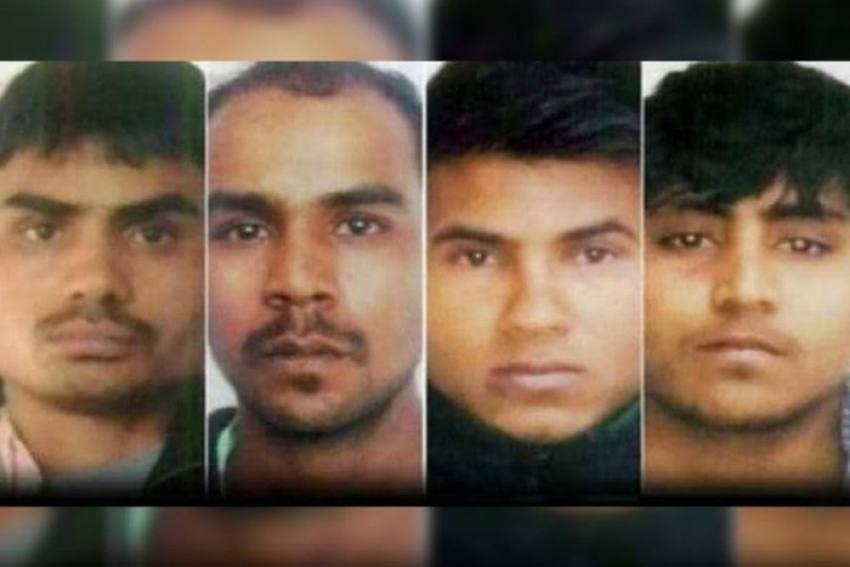 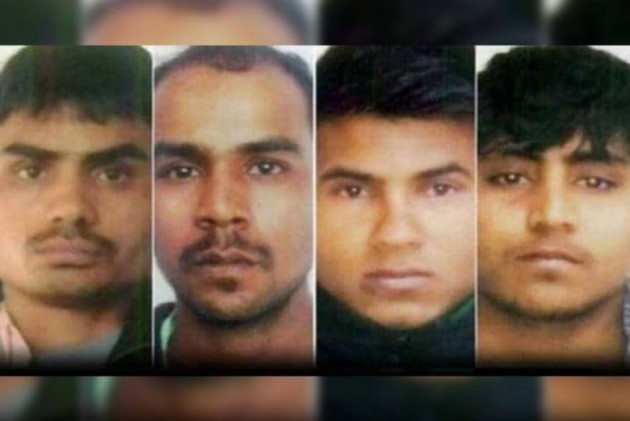 Uncertainty again looms over the hanging of the four death row convicts in the Nirbhaya gang-rape and murder case scheduled on February 1 with a second condemned prisoner filing a mercy petition before the President on Wednesday and a third convict also moving a curative plea before the Supreme Court.

According to Delhi Prison Rules, none of the four convicts in the same crime can be hanged before the last one has exhausted all legal options including the mercy plea. Also, apex court guidelines stipulate that convicts cannot be hanged until 14 days after their mercy plea has been rejected by the President.

The jail manual also states that whenever a mercy petition is filed, the jail Superintendent accompanies a letter of stay on hanging along with the mercy petition.

The trial court on January 17 issued black warrants for the second time for the execution of all the four convicts -- Mukesh Kumar Singh(32), Pawan Gupta (25), Vinay Kumar Sharma (26) and Akshay Kumar Singh(31) -- in Tihar jail at 6 am on February 1. The court earlier on January 7 fixed January 22 as the hanging date.

Advocate A P Singh, who represents Vinay, said he has filed the mercy petition at the Rashtrapati Bhavan and has got an acknowledgement.

"I have filed the mercy petition for Vinay before the President. I have submitted it through hand," Singh said. The apex court on January 14 dismissed the curative petition of Vinay leaving him with the option to file the mercy plea.

Tihar jail authorities will now have to move the trial court and inform it about Vinay's mercy plea and seek postponement of the black warrant.

As of now only Mukesh has exhausted all his legal remedies including the clemency plea which was dismissed by President Ram Nath Kovind on January 17 and the appeal against the rejection was thrown out by the Supreme Court on Wednesday.

A three-judge bench headed by Justice R Banumathi held that "quick consideration" and "swift rejection" of Mukesh's mercy petition does not suggest non-application of mind or it being pre-determined.

Akshay approached the apex court on Wednesday with a curative petition which is listed for consideration in-chamber before a five-judge bench on Thursday and if his plea is dismissed, he also has the option to move a mercy plea before the President. He is the third convict to move the curative plea after Mukesh and Vinay.

Also Read:  Five Reasons Why February 1 Hanging Is Not Possible

He contended that capital punishment is being awarded by courts as "panacea" in the face of public pressure and public opinion on violence against women.

Pawan, the fourth convict, is yet to file a curative plea and he is also likely to avail of this last legal recourse available to a person in a court of law to escape the gallows.

The three convicts other than Mukesh can also move the apex court against rejection of mercy plea by the President as and when this situation arises.

After today's developments, Nirbhaya's mother Asha Devi said even the court understands that the convicts are filing pleas one after the other just to delay the hanging.

Also Read: What The Tihar Jail Manual Says About Execution

Against the backdrop of the apparent delaying tactics by the convicts in the Nirbhaya case, the Centre recently moved the top court for fixing a deadline of seven days for execution of death penalty of condemned prisoners after issuance of black warrant.

Hearing Mukesh's plea, the apex court held that President Ram Nath Kovind took into consideration all documents, including the verdicts delivered in the case by the courts, past criminal history of the convict, economic condition of his family, while rejecting the mercy petition.

The bench headed by Justice Banumathi, also comprising Justices Ashok Bhushan and A S Bopanna, said alleged sufferings in jail cannot be a ground to seek judicial review of the executive order passed under Article 72 of the Constitution, which deals with the power of the president to grant pardons and to suspend, remit or commute sentences in certain cases.

Also Read: No Hanging On Feb 1

"In the result, we do not find any ground for exercise of judicial review of the order of the President of India rejecting the petitioner's (Mukesh) mercy petition and this petition is liable to be dismissed," the bench said in its 25-page order.

"The hollow claim that the death penalty creates a special kind of deterrence which is not caused by life imprisonment and that and life imprisonment amounts to 'forgiving' the criminal is backed by nothing more than a barely masked need to justify vengeance and retribution," the plea said.

The placement of the 'collective conscience of the society' and public opinion has prejudiced the case of the petitioner and other co-accused as also amounted to a back-door entry of the media frenzy, the petition added.

"The present curative petition is also filed in recognition of the increasingly unsustainable judicial demand for the death penalty in light of the severely inconsistent application of its imposition by this court."

The 23-year-old physiotherapy intern, who came to be known as 'Nirbhaya', the fearless one, was gang-raped and savagely assaulted on the night of December 16, 2012, in a moving bus in south Delhi. She died of her injuries a fortnight later in a Singapore hospital.

One of the six accused in the case, Ram Singh, allegedly committed suicide in Tihar Jail in 2013.