She kept playing the piano during brain surgery as the doctors had advised it was risky in an unconscious state. 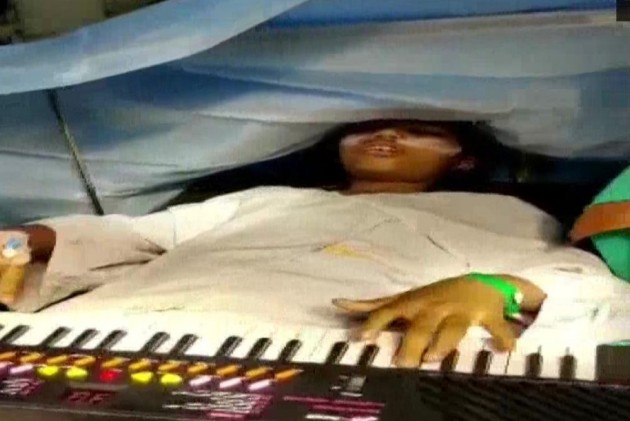 Gwalior's nine year old girl, Saumya underwent a 6-hour major brain surgery while she was fully concious. The surgery was performed at the Birla Hospital in Gwalior on Sunday. She kept playing the piano during the brain surgery as the doctors had advised it may be risky in an unconscious state.

Saumya spoke to news agency ANI and said, "I played the piano for at least 6 hours, I also played mobile games. I feel better now."

According to a report in India Today, nine-year-old Saumya had a tumor in her brain which could be only removed by a major brain surgery. However, the doctors said that it was quite difficult and risky to perform in an unconscious state as there were chances of damaging other nerves of her brain. Therefore, they decided to go for 'Awake Craniotomy' method. When her doctors learnt she enjoyed playing piano, they asked her to play the musical instrument during the operation. The local anesthesia was injected only to the part of the head which required surgery.