The Raijor Dal, which Gogoi heads, termed the NIA’s move as a conspiracy at a time when hearing on the framing of charges in the Chandmari case was about to conclude. 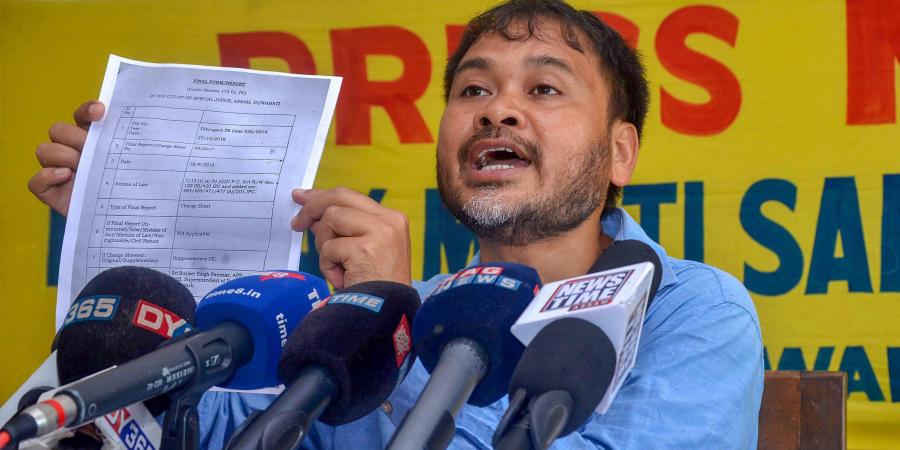 The National Investigation Agency on Tuesday filed an additional charge sheet against jailed Sibsagar MLA Akhil Gogoi while also bringing in a new “protected” witness in the second and last case in connection with the 2019 anti-CAA protests.

The original charge sheet in the Chandmari police station case in Guwahati was filed over a year ago, on May 29, 2020, under the UA(P) Act and also for sedition besides other sections of the IPC.

Gogoi was acquitted in the Chabua case on June 22.

“The NIA has filed an additional charge sheet in the Chandmari police station case today (Tuesday) based on a new protected witness,” Gogoi’s lawyer Krishna Gogoi said. “The charges and sections remain the same,” he said. A “protected’ witness is one whose identity is kept secret.

The development comes a day before the NIA is slated to present its final arguments in the hearing on framing of charges in the case.

The Raijor Dal, which Gogoi heads, termed the NIA’s move as a conspiracy at a time when hearing on the framing of charges in the Chandmari case was about to conclude.
In a statement, the party said that the BJP-led government was afraid of Gogoi’s popularity and was using the NIA in a conspiracy to try and ensure that he is not out of jail till the by-elections to the state assembly are over.

It said that Gogoi’s popularity was giving nightmares to chief minister Himanta Biswa Sarma. Three by-elections have to be held following the demise of two MLAs and resignation of another, but the schedule is yet to be announced. Gogoi contested the last elections from behind bars, the first ever candidate in Assam to do so.

“The opposition parties appear to have surrendered, but the government knows Akhil Gogoi will never compromise or surrender and, therefore, doesn’t want him to be free,” the statement said.

Gogoi was arrested on December 12, 2019 for his alleged role in the anti-CAA protests and the cases were handed over the NIA for investigation after the Union Home Ministry issued an order on December 14.
The court granted him a two-day parole last week to visit his son and mother. He has been undergoing treatment at the Gauhati Medical College and Hospital.