Cyclone Fani is likely to hit the Odisha coast by May 3 afternoon and affect it as well as West Bengal most, and also the Srikakulam and Vizianagaram districts of Andhra Pradesh. 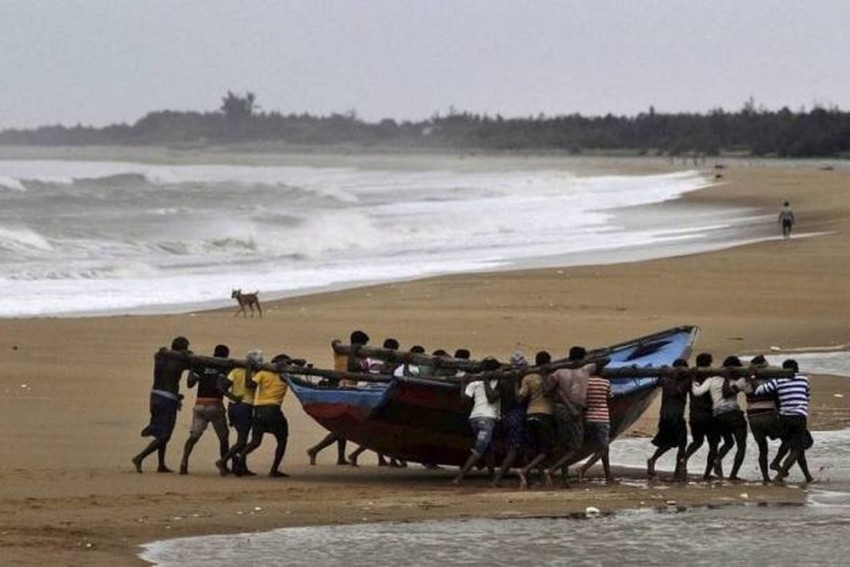 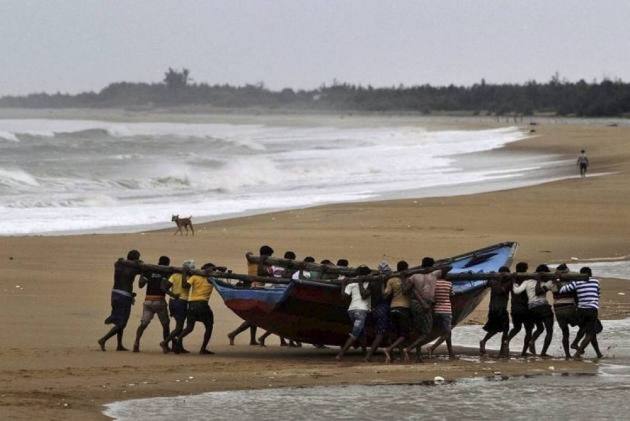 Navy and Coast Guard ships and helicopters, relief teams of the National Disaster Response Force have been deployed in strategic locations, while Army and Air Force units have been put on standby as cyclone 'Fani' has turned into an "extremely severe cyclonic" storm, officials said on Tuesday night.

Cyclone Fani is likely to hit the Odisha coast by May 3 afternoon and affect it as well as West Bengal most, and also the Srikakulam and Vizianagaram districts of Andhra Pradesh.

On Wednesday evening, it is expected to recurve north-northeastwards and on Thursday afternoon to cross Odisha coast to the south of Puri with maximum sustained wind of speed 175-185 kmph gusting to 205 kmph.

The Indian Meteorological Department (IMD) predicted that extremely severe cyclonic storm 'Fani' was likely to cross between Gopalpur and Chandbali, to the south of Puri, while 11 districts of Odisha were to be affected.

Bhubaneswar Met Centre Director H.R. Biswas said that the storm was very likely to cross Odisha coast in Puri on May 3 afternoon and the wind speed was likely to be 175-185kmph gusting up to 205kmph.

Meanwhile, the Election Commission has approved the lifting of model code of conduct in 11 districts in Odisha to facilitate speedy relief and rescue operations.

The Odisha government has also ordered closure of all educatioal institutions in the state from May 2.

Puri district administration has issued an advisory asking tourists to leave the town by Wednesday.

The IMD has advised fishermen not to venture into deep sea areas of Bay of Bengal and the Indian Ocean.

Cabinet Secretary P.K. Sinha held a National Crisis Management Committee (NCMC) meeting again on Tuesday to take stock of the situation, and reviewed the preparedness in the affected states, according to an official statement.

Sinha directed that all necessary measures be taken to prevent any loss of life and to keep ready essential supplies including food, drinking water and medicines.

"He also advised all concerned to make adequate preparations to ensure maintenance of essential services such as power and telecommunications in the event of damages caused to them," said the statement.

In addition, the NDRF has kept on standby 13 teams in West Bengal and 10 in Andhra Pradesh.

"Fani", which is lying over southwest and adjoining southeast Bay of Bengal, moved northwestwards with a speed of about 21 kmph on Tuesday evening.

Storm surge of about 1.5 meter height above astronomical tide is "very likely" to inundate low lying areas of Ganjam, Khurda, Puri and Jagatsinghpur districts of Odisha at the time of landfall.