The move of the Gandhi siblings to grant a long and exclusive audience to the voluble cricketer-turned-politician has pushed Congress further away from resolving its Punjab crisis. 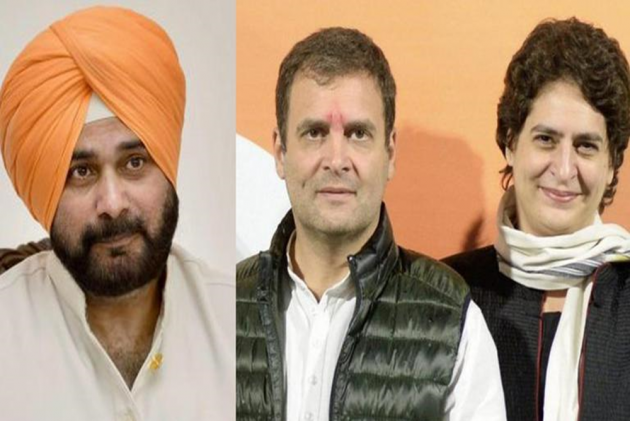 The meeting between rebel Punjab Congress leader Navjot Singh Sidhu, former Congress president Rahul Gandhi and party general secretary Priyanka Gandhi Vadra in New Delhi, on Tuesday, was supposed to be a decisive step towards ending the ongoing power tussle within the party’s Punjab unit. However, the move of the Gandhi siblings to grant a long and exclusive audience to the voluble cricketer-turned-politician has pushed Congress further away from resolving its Punjab crisis.

On Wednesday, chief minister Captain Amarinder Singh hosted over two dozen of his party leaders in Punjab for lunch at his official residence in Chandigarh. The gathering, comprising predominantly of Hindu leaders of the Punjab Congress, included several ministers, legislators, and party leaders who have been critical of Singh’s functioning and have also expressed their dissatisfaction, in private, over the party and its government ignoring the interests of the state’s Hindu minority.

The lunch meeting is being seen within Congress circles as a clever political manoeuvre by Singh to signal to the Gandhis that he enjoys the confidence of a majority of party MLAs and is willing to go the extra mile to win over those who have grievances with his functioning. Most importantly, the meeting is also being viewed as a show of strength by Singh amid rumours that in their bid to accommodate Sidhu’s political ambitions, the Gandhis wouldn’t mind undermining the authority of the 79-year-old CM just eight months before Punjab goes for assembly polls.

Though what exactly transpired in the meeting between Sidhu and the Gandhi siblings on Tuesday is not known yet, the Congress grapevine has been buzzing with speculation that Rahul and Priyanka have assured the former BJP leader who joined the Congress five years back of a “larger and more influential role” in Punjab. Sidhu, sources say, has been lobbying for his appointment as the state Congress chief ahead of the Assembly polls and demanding a greater say in the party’s poll planning.

Congress sources tell Outlook that Rahul was initially hesitant in meeting Sidhu, on Tuesday, but agreed to grant him an audience at Priyanka’s insistence. Sidhu, as per his tweet, had a “long meeting” with Priyanka on Tuesday morning. Rahul, say sources, was clear that he would meet Sidhu only if the Amritsar East MLA came with “an open mind and without any pre-conditions”. Rahul agreed to meet Sidhu after being briefed by Priyanka about the former cricketer’s grievances against Singh. Sidhu’s meeting with Rahul and Priyanka went on for over an hour following which the rebel leader left the former Congress chief’s residence without saying anything to the posse of journalists gathered at the spot.

Sidhu and the Gandhis maintained a studied silence over what transpired at the meeting but rumours quickly began circulating that the disgruntled leader would be given a major responsibility in Punjab within the next few days. Back in Punjab, these rumours took a life of their own with several state Congress leaders whispering about the possibility of Sidhu’s appointment as the Punjab unit chief. Singh, as repeatedly reported by Outlook, has been adamant against Sidhu’s possible appointment as Punjab Congress chief.

Sources privy to the discussions that took place between Singh and his party colleagues during Wednesday’s lunch tell Outlook that there was a “consensus among everyone present that the Congress high command must not name Sidhu as the state Congress chief under any circumstance.” Singh and several other party leaders, including several rivals of the CM, have maintained all along that whenever in power in the state, the Congress has always had a Jat Sikh CM and a Hindu PCC chief and this tradition must not be broken. At the lunch meeting too, sources say, party leaders agreed with Singh that the post of PCC chief must go to a Hindu.

Singh, who has twice been summoned to Delhi over the past month to depose before a three-member committee constituted by Congress president Sonia Gandhi for resolving the Punjab crisis, has already told the panel that appointing Sidhu as the PCC chief will not be acceptable to him and other local leaders of the party. Instead, Singh was willing to induct Sidhu back into his cabinet as a deputy CM, provided that the party also agreed to have a Hindu deputy CM sworn in. The three-member panel has also informed Sonia that Sidhu can also be made chairman of the party’s election campaign committee.

The Gandhis have not yet held an exclusive discussion with Singh over the Punjab crisis. The lack of a meeting between Singh and the high command is being cited by many as an affront to the CM by the Congress’s central leadership. However, Singh did not seek an appointment with the party high command as he was of the view that he would explain his position to the Gandhis after they have spoken to all other stakeholders. Sources say Singh may finally meet the Gandhis over the next few days to present his case.

With his luncheon meeting, Singh has already made it known that he is no pushover and the party high command can slight him only at the risk of putting the Congress in jeopardy when the state goes to polls early next year. The CM has also tried to mend his bridges with other rivals like Rahul-confidante and Rajya Sabha MP Partap Singh Bajwa, his brother Fatheganj Bajwa, ministers Brahm Mohindra and OP Soni, and former MLA Ashwani Sekhri. Some of these leaders have indicated to Outlook that though they have some complaints against the state government, they would rather work under Singh’s leadership than Sidhu’s.

Harish Rawat, the party’s general secretary in charge of Punjab, tells Outlook that the party “is working towards a solution” and that “within the next 3 to 4 days, we will announce a formula that will be acceptable to everyone.”