Odia actor Sabyasachi Mishra, hailed as Odisha's 'Sonu Sood', speaks to Outlook about how he manages to help thousands of people -- hit by Coronavirus crisis -- in different parts of the country and the challenges he faces. 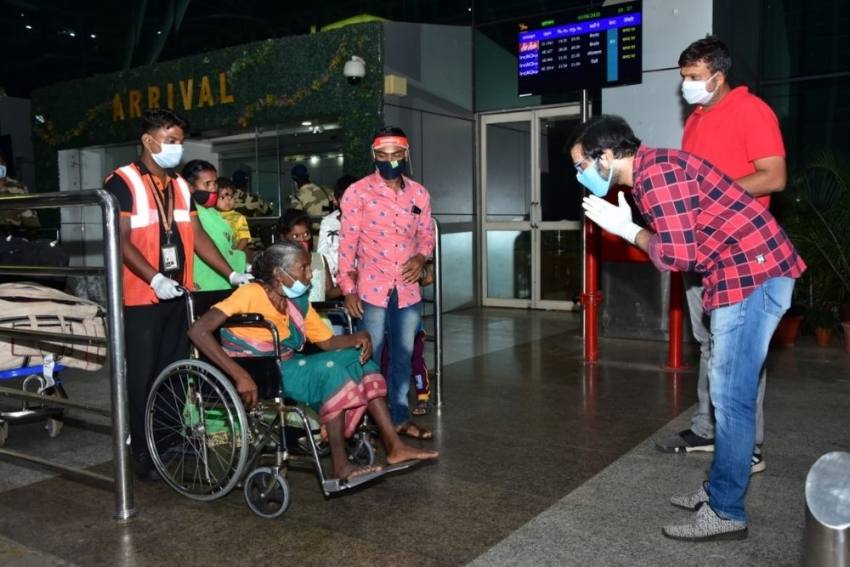 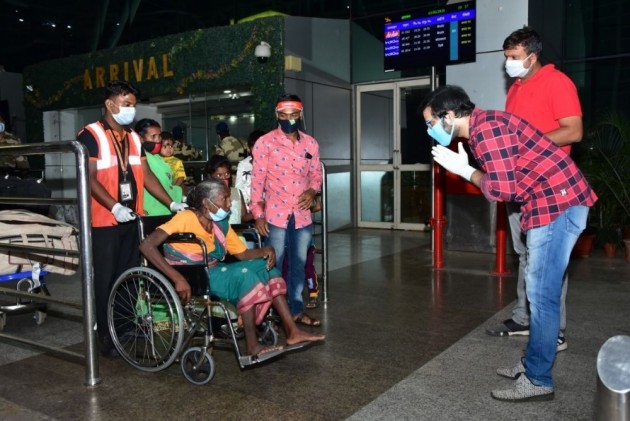 It is one role that popular Odia cine actor Sabyasachi Mishra, hailed as Odisha's 'Sonu Sood', had never played before. Playing the saviour to countless people hit in myriad ways by the Coronavirus pandemic.  His legion of fans, spread across the country, are loving their hero all the more in this new role.

As a token of appreciation and collective gratitude for the wonderful work that he has been doing untiringly since the beginning of the Corona crisis in March, thousands of girls from across the state sent him rakhees on Raksha Bandhan, over 500 of them from Kendrapara under the aegis of Odisha Nawjawan Union. But while expressing his gratitude for their love, the actor also had a word of advice for a group of girls from Rayagada. “Rakhi we can tie later. But now it is time to tie mask. Stay safe!! Lots of love!!

In an interview with Outlook's Sandeep Sahu, the Mishra talks about his ordeal, the changing nature of the challenges, his film career and the possibility of joining politics. Excerpts:

Q: You started with helping out people with medical supplies and then moved on to providing ration to those going hungry due to the nationwide lockdown. Later, you arranged for transport for those stranded outside the state due to the lockdown. But of late, the pattern and nature of requests for help appear to have changed. Tell us a little about the new challenges you have been facing.

A: You are right. All kinds of requests keep pouring in from Odias spread across the country. Of late, a lot of requests I have received have to do with studies of children. The schools are closed but lessons are being imparted to the students online. This poses a huge problem for those who don’t know where their next meal is going to come from. In some cases, I have had to provide smartphones to those who cannot afford it. In others, I have ensured they have the money to renew their data packs so that their studies are not affected.

The other kind of requests I have been receiving the most in recent times are from women abandoned by their husbands stranded outside the state. Abandonment of wives, of course, is nothing new. But the ongoing Corona crisis has aggravated the problem manifold. In some cases, pregnant woman have been abandoned barely days before they were set to deliver babies.

A: An Odia woman abandoned by her husband in Tamil Nadu’s Hosur approached me for help on social media through a friend of hers. I arranged for shifting her to the hospital where she has safely delivered a child. Both the mother and the baby are doing fine. I am in constant touch with her and plan to unite her with her parents whenever she is travel-ready. In some cases, I have had to provide ration to such abandoned women, apart from connecting them with activists and counsellors so that they get proper guidance in handling the crisis. In other cases, I have had to reach out to and seek help from the local police.

[At this point, Sabyasachi excuses himself for a couple of minutes to speak to a man on phone and promises to get back to him in a few minutes.]

Q: What was this particular case about?

A: It’s a group of three people who were stranded in Bengaluru. One of them had called to inform that they have just arrived in Bhubaneswar. I now have to arrange transport for them to go back to their homes, two of them to Bahanjanagar and the third to Jajpur. 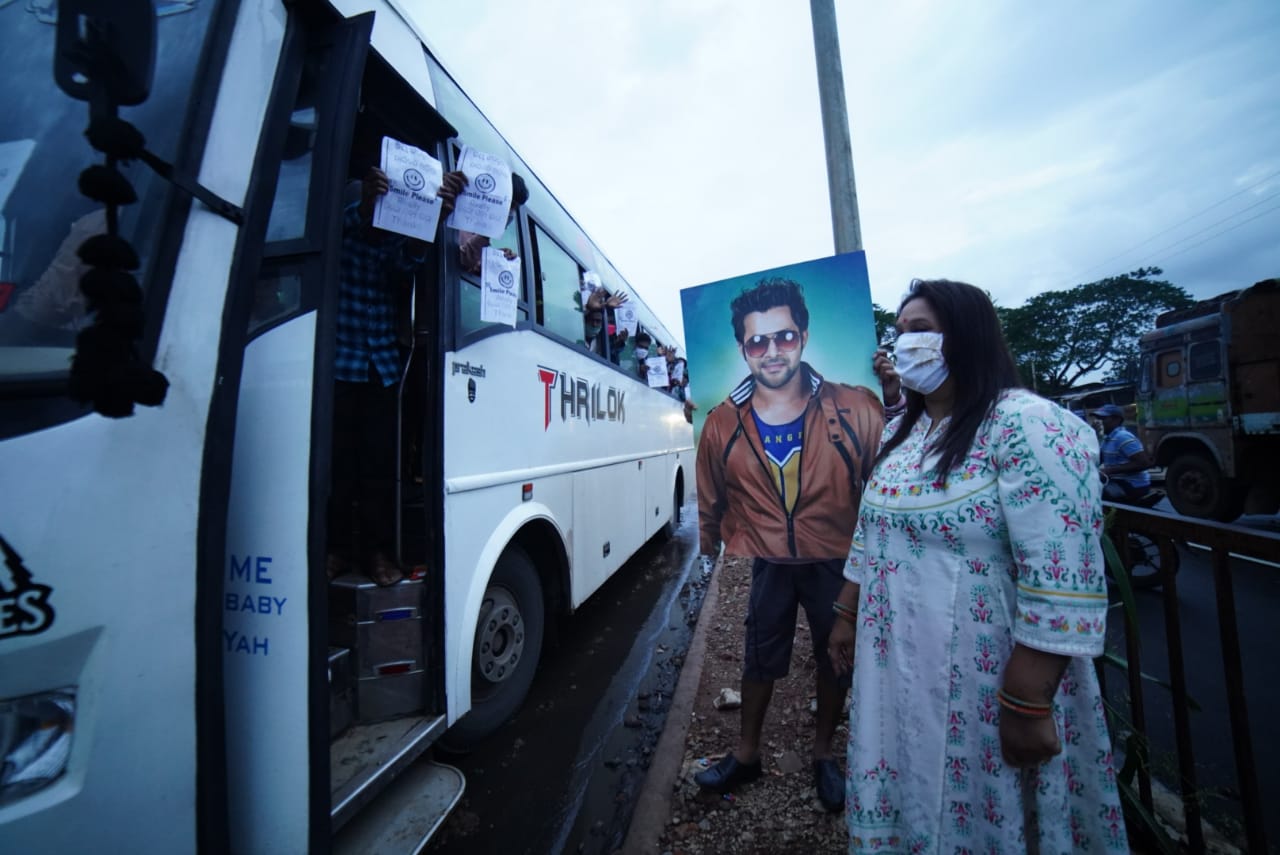 Q: How many distress calls/messages do you receive on an average every day?

A: About 500 a day. But I am able to attend to just 100-150 of them. A majority of them come on Twitter, Facebook and Instagram. Attending to even these 100-150 takes up almost all my waking time, from the moment I get up till the wee hours next day.

Q: It must be tough keeping track of the requests and the people. How do you manage it?

A: I have devised my own way of identifying the cases. I make it a point to take screenshots of requests that come on social media and save them in folders created based on their priority. You can make out which one requires urgent attention while talking to people. Hence, I take up the high priority cases immediately and keep others for later. I generally use a prefix or suffix while saving the requests to help me remember which case has to do with what.

Q: Do all requests come on social media?

A: Earlier, the vast majority of requests came on social media. But of late, most requests come on phone. A majority of those who use a smartphone are now back in their places. It’s those who don’t own a smartphone or are not active on social media seek help these days. They somehow manage to get my dedicated phone number from someone they know and contact me for help.

Q: Everyone in Odisha knows you now. But how do you manage things when you have to deal with people stranded outside the state? I am sure you have had to move the local administration to provide succour to the distressed person. How cooperative are they?

A: Initially, I banked on social media. I generally post something on my Twitter handle requesting anyone in the place where the request has come from to inbox me. And someone or the other would always come forward and volunteer to help out. Some of them are my fans staying outside the state. But in many cases, I have also received help from local social or voluntary organisations as well. Having been in it for over four months now, I have been able to build up a network of contacts – of people and organisations across the country. I now have contacts I know I can seek help from in every state of the country and even outside. Using these contacts, I have managed to help out people stranded in Dubai and other foreign places. At times, I have collected telephone numbers of local administration or police from the internet and approached them for help. And I am happy to tell you I have invariably received full cooperation from them.

Q: With so much of work to do, it is humanly not possible to do it alone. Is there anyone helping you out with your work or do you manage things entirely on your own?

A: I am doing entirely on my own because most cases are highly sensitive in nature and involve matters of life and death. So, you can’t rely on others to do it. To be honest, I have been so busy doing what I am doing that I never really had the time to think about seeking out people to help me.

Q: The amount of time you must be devoting in doing what you are doing, I am sure, doesn’t leave time for anything else.

A: You are right. My bedroom, which has a bathroom attached, is now both my quarantine centre as well as my control room. I am mostly confined to this room with my laptop, two phones, a couple of notepads, a pen and chargers for company all day (laughs). Since I have to go out often to meet the people in distress, I don’t mingle with my family members. My food is served here.

Q: But you did manage to shoot for a film amid all this, didn’t you?

A: Yes, I did. It’s a film produced by Tarang Cine Productions called “Lucky Ra Lockdown Love Story.” The shoot has already been wrapped up and it is now in post-production stage. But when the offer came along, I was in a dilemma whether to accept it because I was not sure if I could devote the time I needed to. If I did, it would obviously affect my work with the distressed. But in the end, I decided to accept it. I thought may be God has provided me this opportunity – at a time when no one else was getting work – so that I could put to good use the money I earn out of it. But I did not stop dealing with the distressed even while shooting for the film. I would check my social media and make or receive calls between shots. I am grateful to the entire unit that they bore with this distraction ungrudgingly. 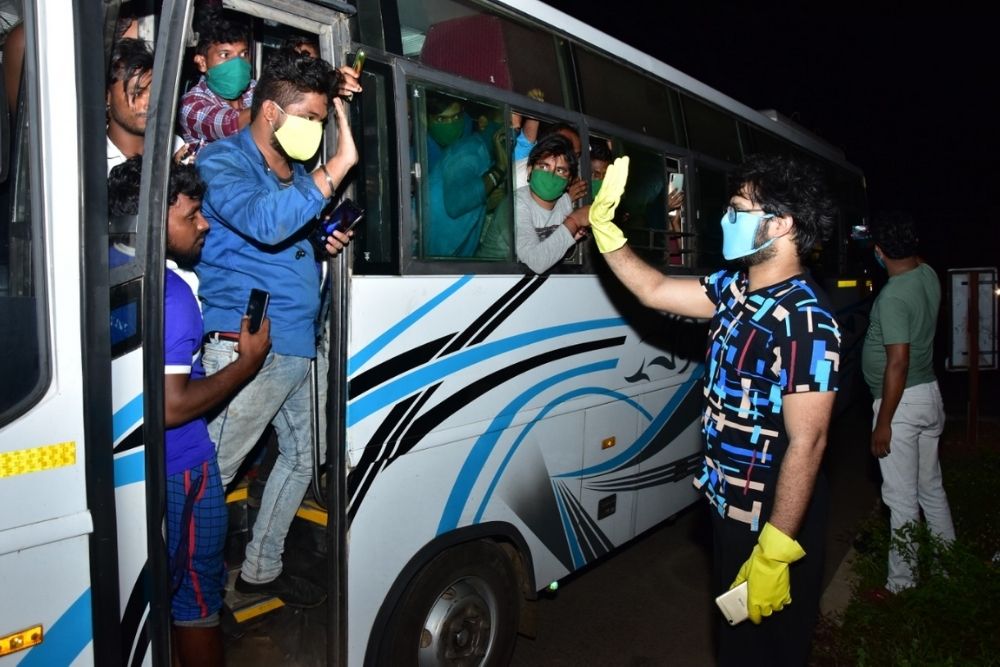 Q: How long do you think you can continue doing the philanthropic work?

A: Having come this far, I obviously cannot abandon the ship at least till the Corona crisis ends.

Q: What after Corona? Will you work for people in other kinds of distress or do you plan to go back to your acting career full time?

A: I have been in films since 2007 and that is my primary identity. But now, I also have another identity and I have to live up to it. People now have great expectations and the pressure of that expectation won’t allow me to quit just like that. I have developed a bonding with people and now have a moral obligation towards them. Honestly, the work that I have done for the victims of Corona over the last four months has given me greater satisfaction than my work over the last 12-13 years in films. So, I would certainly do my best to juggle between my film career and my philanthropic work.

Q: With the goodwill you have earned through your work for those hit by Corona, it is only a matter of time before some political party or the other approaches you. Would you consider joining politics if an offer comes along?

A: I have great respect for politicians. But frankly, politics is not quite my cup of tea. I just don’t have the appetite for it. Acting itself is a full-time job. And now I also have my social work. Juggling between the two is obviously going to be tough. And that leaves no room for a 24X7 job like that of a politician.

Q: So you are ruling out joining politics?