My Name Is Being Dragged Into 1984 Anti-Sikh Riots For Political Purpose: Kamal Nath

Kamal Nath, who took oath as chief minister of the central Indian state on Monday, has always denied any role in the riots against Sikhs following the assassination of Indira Gandhi in October 1984. 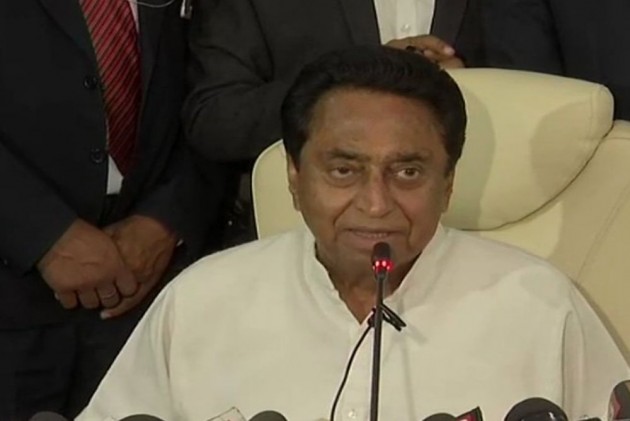 Madhya Pradesh Chief Minister Kamal Nath said Monday that he was never involved in the 1984 anti-Sikh riots and the BJP and its alliers are raking up the issue despite the fact that there was no case, FIR or chargesheet filed against him.

"I took oath in 1991 & several times after that, no one said anything. There is no case, FIR, or chargesheet against me. Today they are raking up this matter (1984 anti-Sikh riots). You can understand politics behind this. Did eyewitness tell you (about his involvement)?," he asked.

Kamal Nath, who took oath as chief minister of the central Indian state on Monday, has always denied any role in the riots against Sikhs following the assassination of Indira Gandhi in October 1984.

The Congress has maintained that due process of law is being followed and the issue should not be politicised.

Badal said that as enumerated by the Delhi High Court while convicting Gandhi family loyalist Sajjan Kumar in a case of mass murder, Congress president Rahul Gandhi should tell why he lied that the Congress was not involved in the genocide.

She was addressing the media along with senior Shiromani Akali Dal (SAD) leaders Bikram Singh Majithia and Daljit Singh Cheema following the Delhi High Court judgement against Sajjan Kumar. She said it was made possible due to Prime Minister Narendra Modi's decision to reopen old cases which had been closed by the Congress and the constitution of a SIT (special investigation team) to investigate them afresh.

Earlier, while welcoming the conviction of Sajjan Kumar, BJP leader Arun Jaitley took a swipe at the opposition party for choosing Kamal Nath as Madhya Pradesh chief minister, claiming that Sikhs consider him "culpable" in the violence against the community.

He alleged that the Congress and its ruling Gandhi family were involved in a "cover-up".

"It is an irony that the verdict has come on a day when a Congress chief minister, who is held culpable by the Sikh community, is taking oath," Jaitley told reporters in an apparent reference to Nath.

A commission appointed by a Congress government gave a clean chit to the then dispensation, and it was the Nanavati commission constituted by the Atal Bihari Vajpayee government of the BJP-led NDA that collated riot cases police station vise, Jaitley said.

The protesters raised slogans against the Congress and its leaders and demanded Nath's replacement in the Hindi heartland state.

"There are witnesses against Nath who led the mob in anti-Sikh riots. Still (party chief) Rahul Gandhi chose to make him the Madhya Pradesh chief minister, thereby opening the old wounds of the victims and their families," alleged Delhi BJP vice president Rajeev Babbar who led the the protest.

The protesters also torched an effigy of Nath during the demonstration.