'Now when my son is dead, I believe courts will give a fair hearing to me,' said father of one of the convicts. 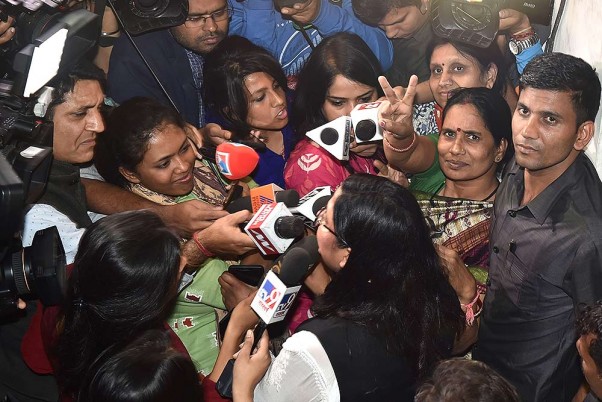 Gupta says that Nirbhay’s mother’s fight is over now but “my fight begins from here.”

The four men convicted of gangraping and murdering a Delhi girl in December 2012, who came to be known as Nirbhaya, were hanged in pre-dawn darkness Friday,

“I will now fight to wipe out the social stigma of being called a rapist's father because I know my son never did that. I will not sit quite till I let the people know the truth,” Gupta, who is a fruit seller, said.

Alleging that courts were biased, he said, “Now when my son is dead, I believe courts will give a fair hearing to me.”

“People didn’t believe me because they thought I cooked up stories to save my son. I hope now they look at the evidences with a clean mind. If I fail to bring up the truth, I will prefer to die rather than to live with this stigma.”