Talking to reporters at her house, Nirbhaya's mother Asha Devi said that justice was delayed, but not denied, and added that they would continue their fight for justice for India's daughters. 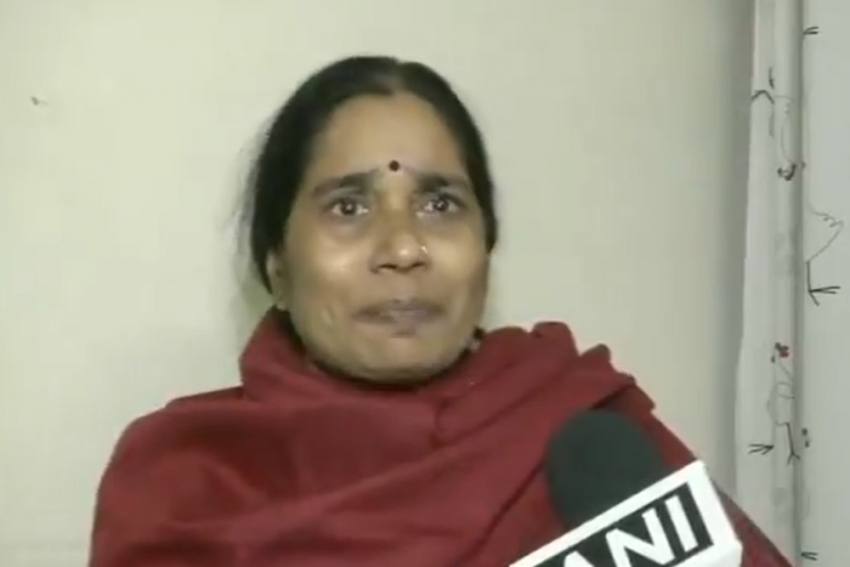 Justice has finally been done and women will definitely feel safer now, Nirbhaya's mother Asha Devi said after four men convicted of gang rape and murder of her daughter were hanged at Tihar Jail on Friday.

Talking to reporters at her house, she said that justice was delayed, but not denied, and added that they would continue their fight for justice for India's daughters.

"We will request the Supreme Court to issue guidelines so that no one can adopt delaying tactics in such cases in future," she said.

She said that women will definitely feel safer after this execution.

Nirbhaya's father said, "Our wait for justice was painful and agonising. We appeal for observing this day as Nirbhaya 'Nyay Diwas' (day of justice).

Mukesh Singh (32), Pawan Gupta (25), Vinay Sharma (26) and Akshay Kumar Singh (31) were executed at 5.30 am for the savage assault in an empty moving bus on the 23-year-old physiotherapy intern who came to be known the world over as Nirbhaya, the fearless one.