'The Order of Zayed', the UAE's highest civilian award, is being conferred on Prime Minister Narendra Modi at a time when Pakistan is busy pushing a hostile campaign against India over Kashmir among world leaders, especially in the Islamic countries. 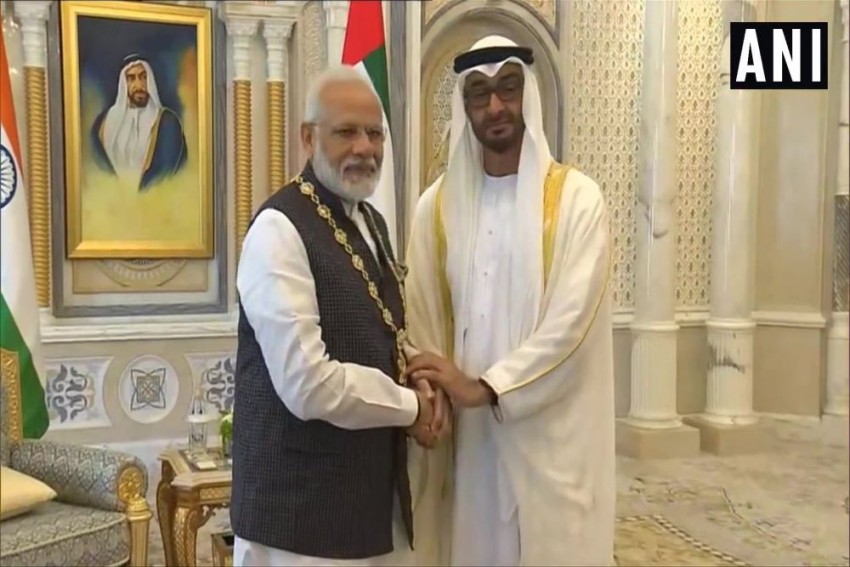 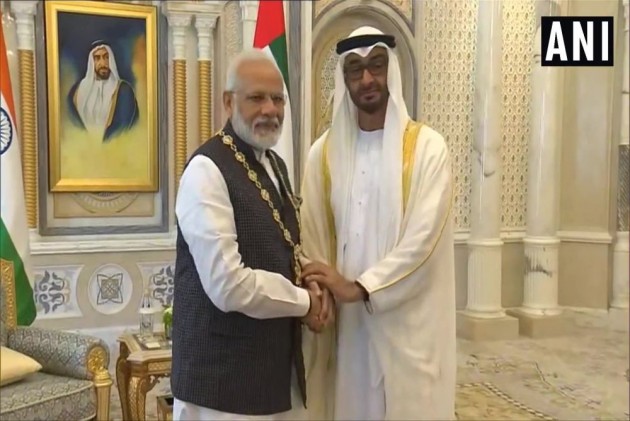 It is not without significance that the prestigious award named after the founding father of the UAE, Sheikh Zayed bin Al Nayhan, was given to him on the birth centenary year of Sheikh Zayed.

But more importantly, it comes at a time when Pakistan is busy pushing a hostile campaign against India over Kashmir among world leaders, especially in the Islamic countries by highlighting the 'trampling of human rights of hapless Muslims by the Indian government and it’s Prime Minister'.

The fact that the Crown Prince of Abu Dhabi, Sheikh Mohammed bin Zayed Al Nahan, is honouring him not only by hosting him on his third visit to the country but also by conferring the “Order of Zayed” on him clearly takes away much of the bite that Pakistani Prime Minister Imran Khan had been trying to put on his Indian counterpart.

Among other countries, UAE is also of the view that Kashmir is a bilateral issue that India and Pakistan should resolve through peaceful dialogue.

The visit is also a clear indication of the growing importance of India and PM Modi among the leaders of the Gulf — a region that he has visited several times since coming to power in 2014. The region is extremely important to India as it is the country’s main energy source and where over 7 million Indians live and work. The UAE alone has nearly 3 million Indians.

The two leaders also discussed the "full spectrum of the strong India-UAE partnership", which has been "built over generations", External Affairs Ministry spokesperson Raveesh Kumar said.

UAE is India's third-largest trade partner, with annual bilateral trade of about US $60 billion. The country is the fourth-largest exporter of crude oil for India. A 3.3 million-strong vibrant Indian community in this Gulf nation has led to strong people-to-people contacts between both countries.

This will be Prime Minister's third official visit to UAE. His bilateral visit in 2015 saw India and UAE elevate their partnership to a Comprehensive Strategic Partnership. Prime Minister Modi hosted the Crown Prince of Abu Dhabi, Sheikh Mohammed bin Zayed Al Nahyan for a bilateral visit in February 2016. The next year saw Crown Prince of Abu Dhabi act as the Chief Guest at the Republic Day celebrations.

UAE is part of PM Modi’s three-nation visit. He has already been in France for a bilateral meeting with the French President Emmanuel Macron and will also return there around the weekend for the G-7 Summit where he is a special invitee. He will also visit Bahrain on Saturday evening and hold meeting with Prime Minister Khalifa Bin Salman al-Khalifa.