The complaint relates to Rahul Gandhi's tweet on September 24, 2018, in the middle of a period which saw acrimonious exchanges between the BJP and the Congress over the Rafale fighter jet deal. 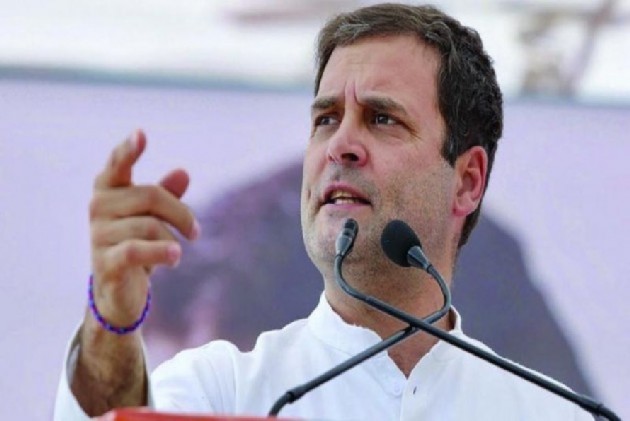 A court in Mumbai has summoned Congress leader Rahul Gandhi in a defamation complaint against him for his "commander-in-thief" remark while attacking Prime Minister Narendra Modi last year over the Rafale fighter jet deal.

The Girgaum metropolitan magistrate issued the summons on August 28 directing the Congress MP from Wayanad to appear, either in person or through his lawyer, on October 3.

The defamation complaint was filed by a person named Mahesh Shrishrimal in September last year.

In a veiled attack, Gandhi had called the prime minister "commander-in-thief" last year.

"To, Rahul Rajiv Gandhi, your attendance is necessary to a charge under section 500 of the IPC. You are hereby directed to appear in person (or by a pleader) before the court on October 3, 2019," the summons said.

Section 500 of the Indian Penal Code deals with cases of defamation and entails punishment with simple imprisonment for a term which may extend to two years, or with fine, or with both.

Shrishrimal claimed in his plea that Gandhi's statements had hurt the sentiments of prime minister's supporters.

Gandhi not only defamed Modi but also members of the BJP, he claimed.

The complaint relates to Gandhi's tweet on September 24, 2018, in the middle of a period which saw acrimonious exchanges between the BJP and the Congress over the Rafale fighter jet deal.

While the Congress alleged corruption in the deal, the BJP denied all such charges.

In the tweet, still available on his timeline, Gandhi had posted a video relating to French publication "mediapart" which carried a report the previous week quoting former French president François Hollande that Reliance Defence was proposed by the Indian government to partner with Dassault Aviation for manufacturing the fighter jet.

"The sad truth about India's Commander in Thief," Gandhi had said on Twitter, in what appeared to be an attack on the prime minister.

Reliance Defence had denied all the charges.

A case has been filed against him in a court in Bhiwandi in Thane district for allegedly blaming the RSS for Mahatma Gandhi's assassination.

The other case, filed in Mumbai, is over his alleged remark linking the murder of journalist Gauri Lankesh with "RSS-BJP ideology".