'The Ken-Betwa project will benefit the dry Bundelkhand area in MP and UP', Minister said. 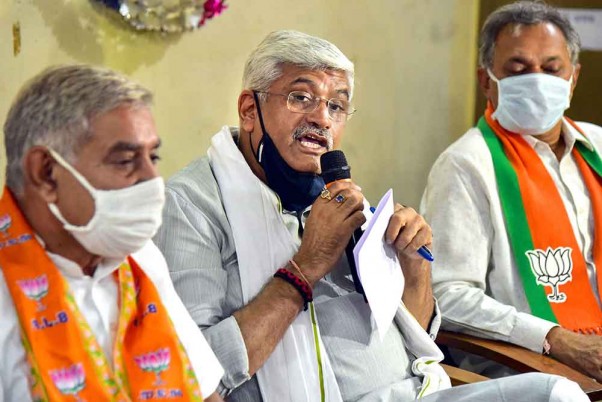 Union Jal Shakti Minister Gajendra Singh Shekhawat on Saturday said people would soon be receiving good news in regards to the Ken-Betwa river interlinking project. The Minister stated that the governments of Madhya Pradesh and Uttar Pradesh are close to an agreement on it.

Speaking to reporters, Shekhawat said discussions on the project were underway between the two neighbouring states since 15 years and now "some minor issues are left for which there is need for clarifications".

"Now, I can say we are almost reaching an agreement," the minister said, adding that he would soon meet chief ministers of MP and UP to sort out minor issues.

"River linking projects are important for the country. The Ken-Betwa project will benefit the dry Bundelkhand area in MP and UP. Besides irrigating thousands of hectares, the scheme will provide drinking water to 62 lakh people," he said.

There are 31 river interlinking projects planned in the country, of which Ken-Betwa is the first that has reached an advanced level of planning, he added.

Shekhawat said Prime Minister Narendra Modi has resolved to provide drinking water of "right quality" and in "right quantity" to all rural households by 2024.

"When this resolve was made, there were 19 crore such rural households. Only about 15-16 per cent of them, that is some 3.23 crore homes, got water, despite all efforts in the past 70 years. The Jal Shakti ministry in just one year has provided water to 3.23 crore more households," he said.

Speaking on groundwater exploitation, he said India was leading on this front followed by the United States of America and China.

"Our country draws almost 1.5 times more groundwater than what the US and China do collectively," he added.

Earlier in the day, he met MP Chief Minister Shivraj Singh Chouhan to discuss the Ken-Betwa project as well as various water supply initiatives under the Atal Groundwater Scheme and Jal Jeevan Mission.

Shekhawat said MP has set a target of September 2023 to provide water to every rural household in the state.