During its nine sittings in the first two weeks, the Upper House could have only 1 hour 38 minutes of Question Hour and only 1 hour 24 minutes for legislative business, officials said 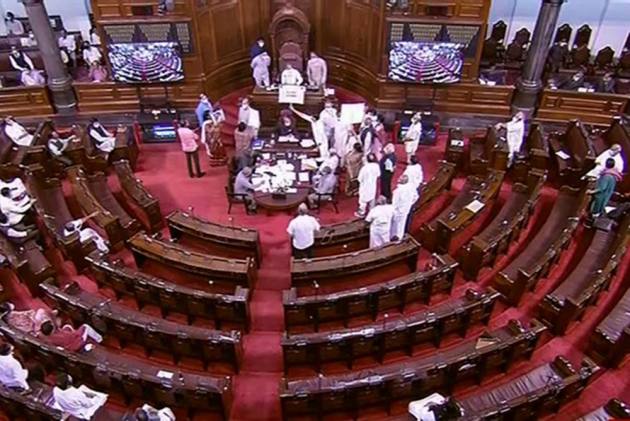 Amid massive disruption of house proceedings, Rajya Sabha’s productivity fell from 32.20 per cent during the first week of the ongoing monsoon session to 13.70 per cent in the second week, officials said adding that the overall productivity of the Upper House was 21.60 per cent as of Saturday.

Further, according to officials, the House lost 39 hours and 52 minutes of its 50 working hours to disruptions. During its nine sittings in the first two weeks, the Upper House could have only 1 hour 38 minutes of Question Hour and only 1 hour 24 minutes for legislative business, during which it passed four bills.

Further, the Rajya Sabha spent only one minute of Zero Hour and another four minutes on Special Mentions. However, officials said that the House sat for 1 hour 12 minutes beyond the scheduled time.

For the first time, the RS Secretariat has started reporting in the daily bulletins, the business of the House that could not be taken up.

During the first two weeks of the current session, 130 Zero Hour Submissions and 87 Special Mentions through which the members raise issues of public importance could not be taken though they were admitted by the Chairman.

Chairman M Venkaiah Naidu, during the all-party meeting ahead of the session and the Business Advisory Committee meeting during the first week, has urged the government and the leaders of various parties to discuss the legislative and other business to be taken up in the House and also has been talking to them separately to enable smooth functioning of the House.