'Mr. Modi has destroyed the web of relationships that the Congress built and nurtured over several decades,' alleges Congress leader Rahul Gandhi 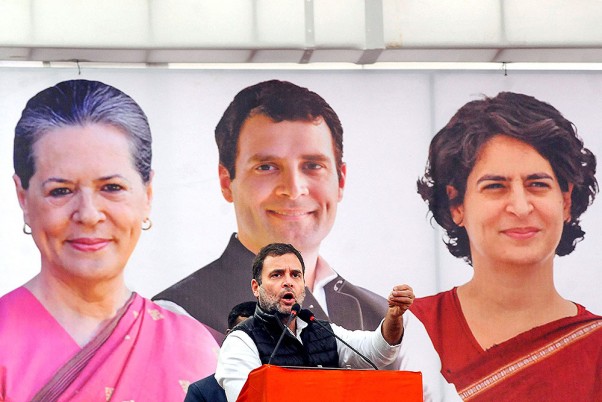 Living in a neighbourhood with no friends is dangerous, Congress leader Rahul Gandhi said on Wednesday and alleged that Prime Minister Narendra Modi had destroyed the "web of relationships" that the Congress had built with countries over decades.

Attacking the government on Twitter, Gandhi also tagged a report in The Economist titled 'As Bangladesh’s relations with India weaken, ties with China strengthen'.

Mr Modi has destroyed the web of relationships that the Congress built and nurtured over several decades.

Living in a neighbourhood with no friends is dangerous. pic.twitter.com/OxGzzHoEYb

"Mr Modi has destroyed the web of relationships that the Congress built and nurtured over several decades," Gandhi alleged.

"Living in a neighbourhood with no friends is dangerous," the former Congress chief added.

The Congress has been critical of the Modi government's foreign policy, alleging that ties with neighbours have been weakened. The government has denied the charge and said India's ties have deepened with several countries and its position has strengthened globally.

Earlier, Rahul Gandhi called out PM Modi for 'minimum government' and 'maximum privatisation.' He questioned the government's silence on the loss of crores of jobs and the falling GDP in the twitter post.

Modi Govt’s ‘well-planned fight’ against Covid has put India in an abyss of: