FATF President Dr. Marcus Pleyer had said, 'Pakistan has made significant progress and it has largely addressed 26 out of 27 items on the action plan it first committed to in June 2018' 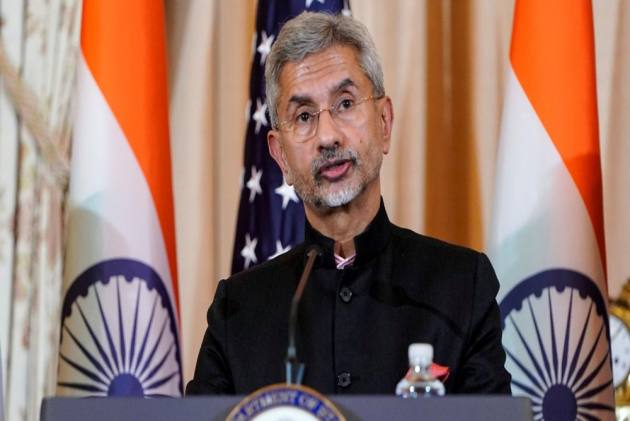 External affairs minister Subramanyam Jaishankar, a former diplomat has taken to politics like a duck to water. Shedding decades of diplomatic restraint, Jaishankar in his new avatar as a politician, boasted of the tough stance the government led by Prime Minister Narendra Modi has taken against arch-foe Pakistan.

Speaking to BJP members during an “e-Chintan’’ workshop organised by the ruling party, the minister said that India played a significant role in ensuring that Pakistan remained on the “grey list’’ of the Financial Action Task Force after its latest review meeting in June. “Due to us (India), Pakistan is under the lens of the FATF and it was kept in the grey list. We have been successful in pressurising Pakistan and the fact that Pakistan’s behaviour has changed is because of the pressure put by India through various measurers,’’ the news agency ANI quoted Jaishankar as saying.

Generally, governments do not announce such things. There is quiet satisfaction in ensuring Pakistan is not off the hook, but rarely are such things ever disclosed. Pakistan of course was delighted as it had been claiming that the FATF has been politicised by India. They had a field day announcing we told you so. Successive governments have kept many such things under wraps. But the BJP loves to project an image of a strong country under a tough leader who is ready to fix India's enemies (read Pakistan not China) with a strong hand, unlike the timid approach of previous governments.

Jaishankar Hits Out At China, Pakistan At Tashkent Conference

India-Russia Tie Is An Exemplary Bond Across The Globe: EAM Jaishankar

The Financial Action Task Force is a global watchdog on terror financing and money laundering initiated originally by the G-7 in 1989 and headquartered in Paris. It was set up to put pressure on nations aiding terror groups or drug cartels by encouraging them to take action. The FATA places nations into two lists. Those on the blacklist are countries thought to be non-co-operative by the inter-governmental group and those placed in the grey list are nations that are kept under watch and strict monitoring and asked to clean up their act.  Pakistan has been on the grey list for a couple of years. Islamabad has been under enormous pressure from the FATF and has been forced to take action against several individuals and groups. During the June review, Islamabad was hoping to be out of the woods. Of the 27 recommendations of the task force, it has fulfilled 26 but was not removed from the grey list for not fulfilling a single criterion.

FATF President Dr. Marcus Pleyer had said that "Pakistan has made significant progress and it has largely addressed 26 out of 27 items on the action plan it first committed to in June 2018." Pleyer however added that the item on "investigation and prosecution of senior leaders and commanders of UN-designated terror groups" had not been fulfilled.

On Monday, Pakistan’s foreign office commented on Jaishankar’s comments reported by ANI. “Indian statement not only exposes its true colours but also vindicates Pakistan’s longstanding stance on India’s negative role in FATF,” said foreign office spokesman Zahid Hafeez Chaudhri. He went on to say Islamabad has always been highlighting India’s role to the international community in the politicisation of the FATF and undermining its processes.  He pointed to Jaishankar’s recent address as “just a further corroboration of its continued efforts to use an important technical forum for its narrow political designs against Pakistan”. “While Pakistan has been sincerely and constructively engaged with FATF during the implementation of the action plan, India has left no stone unturned in casting doubts on Pakistan’s progress through disgraceful means,” local newspapers reported the spokesperson as saying.

The statement said that Islamabad has been “exposing India’s duplicitous role to the international community in the past” and vowed that it will also bring the “recent confession by India” to the FATF’s notice. Pakistan is considering approaching the FATF president for appropriate action against New Delhi. Following the recent confession by the Indian Government, India’s credentials for assessing Pakistan in FATF as co-chair of the Joint Group are untenable. "We urge FATF to look into it,” said Chaudhri. Luckily for India, Pakistan’s credentials on terror are so dismal that few are willing to accept its protestations.