Home  »  Website  »  National  »  Milk Holiday: Co-operatives Refuse To Buy Milk From Farmers As Dairy Sale Is Down By 30%

The cooperative societies blame the private players for the problem saying they are not buying from the farmers. The private companies say that police brutality and the fear of coronavirus infection has forced the daily workers to leave the job. 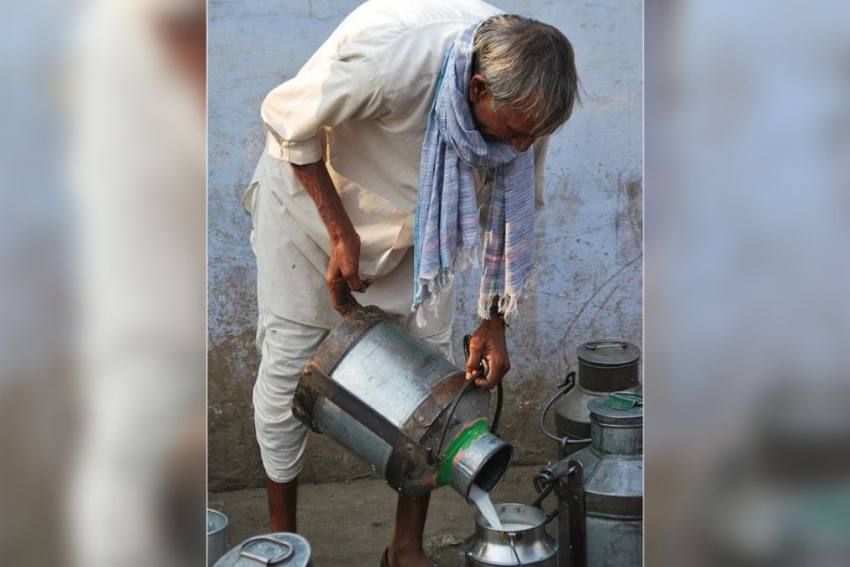 Image used for representational purpose only.
Jeevan Prakash Sharma April 02, 2020 00:00 IST Milk Holiday: Co-operatives Refuse To Buy Milk From Farmers As Dairy Sale Is Down By 30% 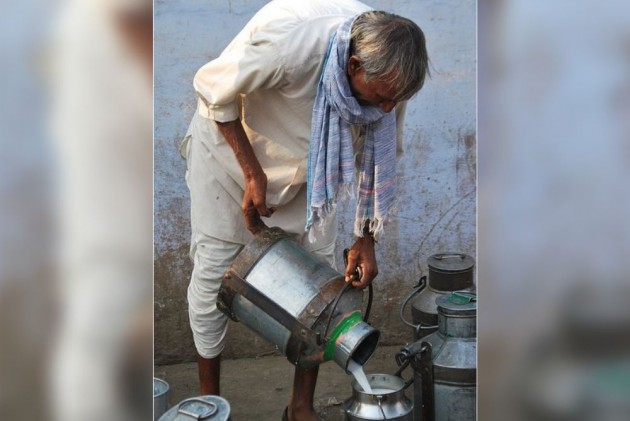 Big co-operative societies in the country are refusing to procure milk from farmers as the 21-day lockdown has severely impacted dairy sale across the country.

They say that since sweet shops, offices, tea-kiosks and institutions are shut down the sale of dairy product is also down by up to 30 per cent in some centres.

The two big segments that procure milk from farmers are private companies and co-operative societies. The cooperative societies blame the private players for the problem saying they are not buying from the farmers. The private companies say that police brutality and the fear of coronavirus infection has forced the daily workers to leave the job. They have no option but to shut down their dairies.

Rajasthan Co-operative Dairy Federation Limited (RCDFL), one of the biggest milk purchasers in Rajasthan, has reduced the milk procurement by 25 per cent. "Before March 15, we used to procure 41 lakh litre of milk a day. But, now we have reduced it to 30 lakh litre,” says Vinod Gera, deputy manager, RCDFL. Gera says that due to closing down of private dairies those farmers who were selling milk to them started supplying milk to RCDFL. “We have no option but to refuse procurement,” he says.

Dairy owners convert surplus milk into powder but Gera says that this also has a certain capacity. “We transport milk to Uttar Pradesh as my conversion plants are there. It doesn’t make any sense to buy excess milk and then transport it so far for conversion into powder,” he says.

Many of them say that the increase in procurement is due to the other small co-opt societies which are under pressure to help the farmers on humanitarian ground. A dip in the sale has left them with no option but to keep the milk in storage. But they say they can't do it for very long due to storage capacity constraints.

Rupinder Singh Sodhi, MD, Gujarat Cooperative Milk Marketing Federation Ltd (AMUL) admits that its brand has suffered a 10 per cent decline in the sale. “Soon after the lockdown, there was panic buying and people stored milk for three-four days. But after that there was a decline up to 30 per cent. Now it has stabilised a bit but still our sales are down by 10 per cent," says Sodhi. He hopes that the situation will normalise as soon as the mercury starts to rise as summer witnesses a decline in milk production and increase in demand.

Kolhapur Milk Union, a big player in the Maharashtra region, has no buyers for 25% of its milk. Out of 12 lakh litres that it buys from farmers, 3 lakhs remains unsold. Its MD, DV Ghanekar blames the government for lack of foresight and micro-planning before enforcing the lock-down. “Sweet shops are a big chunk of our consumers. If chemist and grocery shops are allowed, I failed to understand why sweet shops have been prohibited from running,” says Ghanekar.

Jharkhand Milk Federation didn’t buy milk for three days post lockdown from farmers as it didn’t have storage capacity. Sudhir Kumar Singh, MD, JMF told Outlook that he even offered the state government to buy surplus milk at a discounted price and distribute it among poor and migrants. The government didn't take up the offer. “Since there is no plant for conversion of milk into powder in Jharkhand, I have sent two milk tankers containing 20,000 litres each to Lucknow,” Singh said. It is indeed tragic that thousands of migrant workers are going hungry and the surplus milk cannot be reached to them.