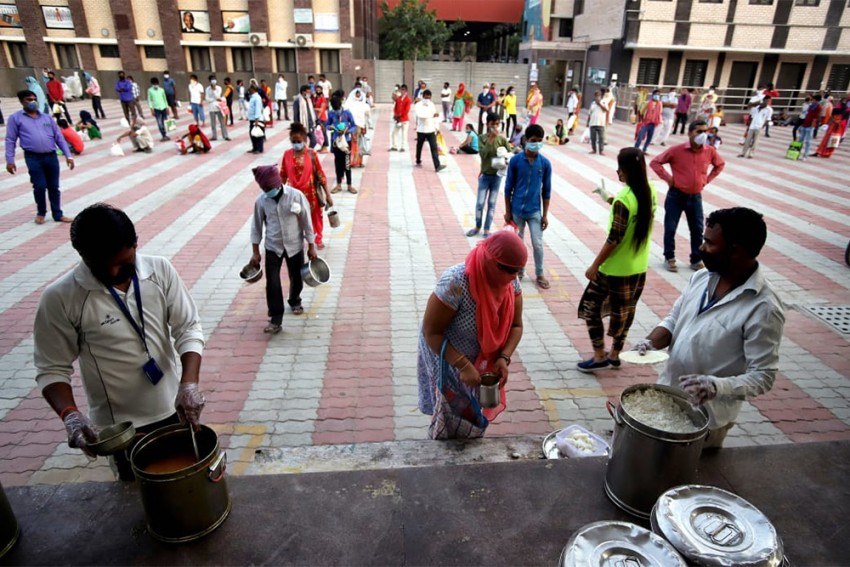 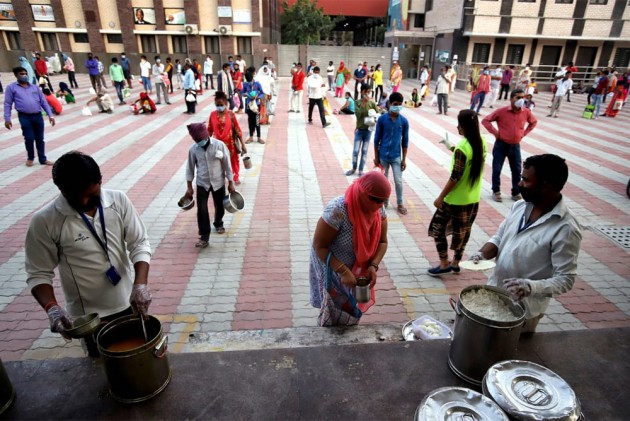 Lock down 2.0 is proving to be harsh for Abdul Bareek, who has been running from pillar to post for the last two days to arrange money to buy staples. Sitting in his cramped room in Seelampur in North East Delhi, which he shares with four other migrant laborers, Bareek contemplates how to survive the rest of the lock down period. His entire saving of Rs 2000 has been used up for food and other expenses over the last two weeks.

Though Bareek has applied for free rations on Delhi government’s website last week with the help of a volunteer from an NGO, he is yet to receive an e-coupon, which will enable him to get free ration. The daily wager was hoping that the government’s offer of 4 Kgs of wheat and 1kg of rice will help him to endure few more weeks.

On April 7, the Delhi government launched the website ration.jantasamvad.org/ration to help get free food grains for people who are not covered by the Public Distribution System (PDS). The move came after thousands of migrant laborers walked back to their villages after the 21-day lockdown announcement by the Prime minister on March 25.

Though a government relief center is providing daily meals in a school adjacent to his building, Bareek says he prefers to go hungry than the grueling wait of five or six hours in the queue to get food. He wants the government to provide a hassle free distribution of dry ration, as promised by the chief minister after the announcement of the lock down.

The free ration scheme requires the user to enter their Aadhar card number in the online application form. The user will receive an e-coupon on his/her phone once the application is approved. The user can avail ration after showing the e-coupon at the designated school for this purpose. The government said that it was targeting 10 lakh people to give free ration in the first phase and over three lakh beneficiaries have been provided food grains so far.

However, Mohammed Hasan, another daily wager says he and hundreds of migrants in Gandhi Nagar area don't belong to the beneficiary list furnished by the government. As he and his roommates have exhausted their savings, they struggle to get one meal a day. “Though relief centres are providing cooked meals, it’s exhausting to stand in queues for five or six hours. Most of the time, food gets over by the time it’s our turn and police beat us up for venturing out,” says Hasan.

However, a Delhi government official says the delay in issuing e-coupons is due to the heavy rush of applications. “Many are in waiting list because we are allocating people in batches to keep social distancing. That’s why we are giving limited numbers of coupons”.

Non- governmental organizations working on the ground say that the government lacked vision while introducing the scheme. Varun Srivastava, founder director of Upay, an NGO, says that they receive hundreds of calls from hungry migrant workers requesting for help.

Srivastava contends that since most of the migrant workers have no access to internet and are illiterates, the e-ration scheme serves no purpose to the poor. The scheme ran into rough weather in the initial days as many users flagging technical hitches and practical problems. Srivastava says though his NGO tried to help some of the migrant workers on April 8th and 9th to fill the application forms online, they received error messages.

Delhi government spokesperson Aswathi Muralidharan says that the server crashed as there was a huge turnout of registrations. “The website encountered glitches because we received approximately 28 lakh applications,” says Muralidharan.

Though the government claims that it is educating the targeted beneficiaries through multimedia publicity, the migrants tell a different story. Daily labourers Mohammed Taufik Ansari and Bilal haven’t heard of free ration scheme yet. Since the announcement of the extension of the lock down, both are battling with hunger, panic and anxiety. For them, any help at this point is crucial. “I am living on borrowed money. There are thousands of workers in Gandhi Nagar and we haven’t received any help from any government,” says Ansari.

Srivastava suggests that the government should have provided an alternate and feasible method to apply for food grain to the poor, who are not tech savvy and cannot access the internet. “Why doesn’t the government start a service center at designated points instead of online registrations? Since the government has the data of migrant camps, they can easily plan and execute it,” says Srivastava.