Chandan along with his friend Tapan Jena purchased two bicycles for Rs 5,000 each and left Karnataka for their hometown, Basudevpur, which falls in the Bhadrak district. 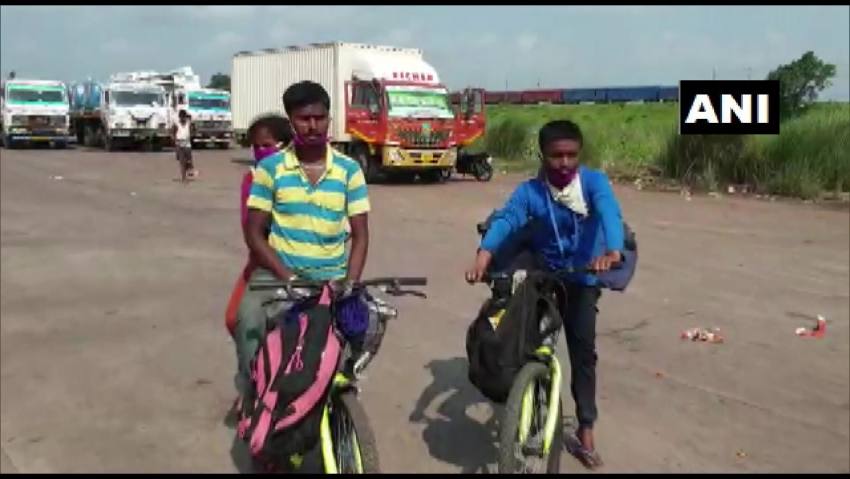 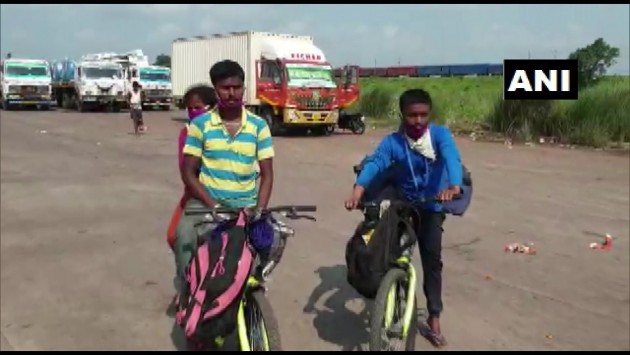 A migrant worker, who has been cycling his way to home along with his wife and another labourer, had to sell the 'Mangalsutra' (necklace) of his wife to arrange for the bicycles.

The three migrants travelling on bicycles were spotted by social workers in Cuttack, Odisha who then made arrangements for the trio to be sent to their native place, Bhadrak, through a pickup vehicle.

However, upon talking to reporters, Jena, one of the migrants said that his wife had been forced to sell her 'Mangalsutra' to arrange for the money to purchase cycles to return home from Bengaluru, Karnataka where they used to work.

"When we ran out of money, my wife sold her Mangalsutra to buy two bicycles and we left Bengaluru for Basudevpur in Bhadrak," Chandan said.

According to Chandan, they had not earned any money for over two months and were facing a severe financial crunch due to the Covid-19-induced lockdown. As a last resort, his wife was forced to part with her necklace in exchange for Rs 15,000.

Following this, Chandan along with his friend Tapan Jena purchased two bicycles for Rs 5,000 each and left Karnataka for their hometown, Basudevpur, which falls in the Bhadrak district.

The social workers, meanwhile, made arrangements for food and drinking water for the trio and also arranged a pick-up truck that would take them to their native place.