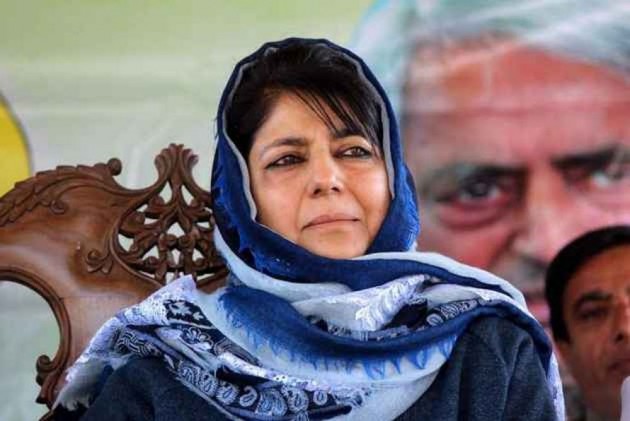 PDP president Mehbooba Mufti and Peoples Conference (PC) chief Sajjad Lone on Saturday condemned the legality of the crackdown on Jammu and Kashmir leaders including Yasin Malik, calling it an "arbitrary move" which would only precipitate matters in the state.

In the past 24 hours, Hurriyat leaders & workers of Jamaat organisation have been arrested. Fail to understand such an arbitrary move which will only precipitate matters in J&K. Under what legal grounds are their arrests justified? You can imprison a person but not his ideas.

The former Jammu and Kashmir chief minister was reacting to the government crackdown on separatists and Jamaat-e-Islami which began Friday night. JKLF chairman Mohammad Yasin Malik and over two dozen Jamaat leaders, including its chief Abdul Hamid Fayaz, have already been detained.

"In the past 24 hours, Hurriyat leaders & workers of Jamaat organisation have been arrested. Fail to understand such an arbitrary move which will only precipitate matters in J&K," Mehbooba tweeted.

Major Crackdown On Separatists in Kashmir; Centre To Rush More Troops To Valley

"Under what legal grounds are their arrests justified? You can imprison a person but not his ideas," she said.

Strongly Condemn the nocturnal crackdown on Jamat e Islami leadership and cadres and the arrest of Yasin Malik. Such illegal and coercive measures against Kashmiri’s are futile and will not change realities on ground. Force and intimidation will only worsen the situation.

"Leaders were ferried to Jodhpur and many jails across the country. Things worsened. This is a tried tested and failed model. Please desist from it. It won't work. Things will worsen," Lone said in his reaction to the detentions.

The Centre has rushed 100 additional companies of paramilitary forces to Kashmir without assigning any reason for the heavy deployment.