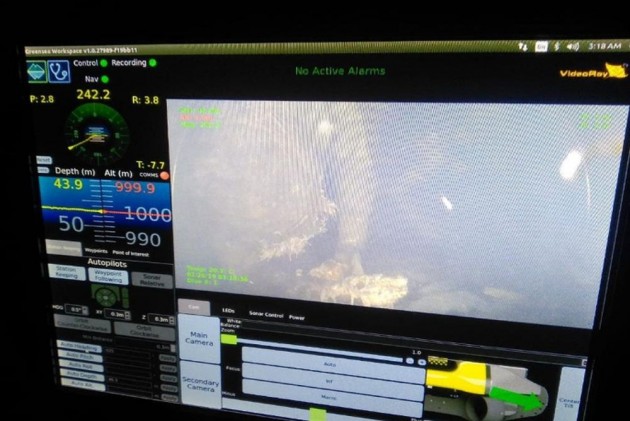 Indian Naval divers spotted another body inside a 370 feet deep coal mine in Meghalaya on Saturday where over a dozen miners remain trapped since December 13 following the sudden mine collapse.

"They (Navy) detected another body at 3.18 a.m. with the help of an underwater remotely operated vehicle (UROV)," a senior rescue official who wished not to be named told IANS.

"During their search (operation), the Navy team also stumbled on tell-tale signs like spades, a wooden cart and then located the dead miner inside the mine," he said.

The rescue official said the second body was detected from the same rat-hole coal mine where the UROV found the first body of a miner on January 16 -- 32 days after the miners got trapped inside the mine on December 13 as water gushed in.

"The divers are now making efforts to pull out the body. We are hopeful of taking it out as soon as possible," he said.

Police handed over the body to his family on Saturday.

Coal mine accidents are rampant in the mountainous state for their unscientific "rat hole mining" habits even after a National Green Tribunal imposed an interim ban in April 2014.