In an exclusive interview with Outlook, Chief Minister N. Biren Singh speaks about the ‘sporting spirit’ of Manipur. 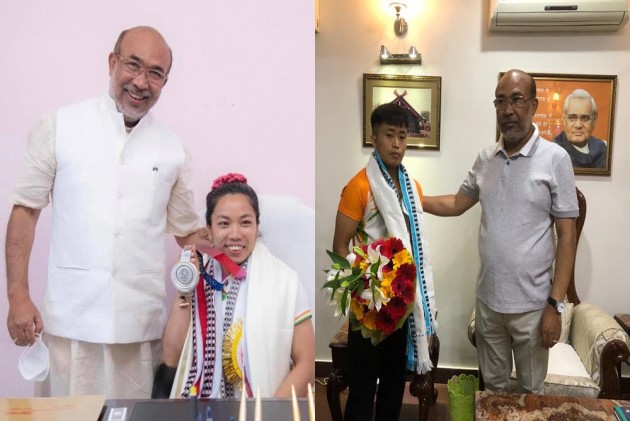 Chief Minister N. Biren Singh cannot stop smiling at the extraordinary performance of Manipuri athletes in the ongoing Tokyo Olympics. Just before he sat down for an exclusive interview with the Outlook at Manipur Bhavan in the Capital, he was on a long video call with the men’s hockey team that won India its first Olympics medal after 41 years.

He spent the longest time talking to the 26-year-old Nilakanta Sharma, the midfielder from Imphal East. “I spoke to Nilakanta and the entire team, appreciating their performance. They have done the country proud with the Bronze medal,” the beaming chief minister says. Before that he felicitated judoka Sushila Devi Likmabam, the only athlete to represent India in the game at Olympics.

Biren Singh is extremely proud of the “sporting spirit” of Manipur and the fact that a small state with a population of 30 lakh sent five sports persons to the Olympics – weightlifter Mirabai Chanu, judoka Likmabam, men’s hockey player Sharma, boxer Mary Kom and Sushila Devi in the women’s hockey team.

“I have spoken to an expert about this. What we have is a sense of killer instinct. Even among Manipuris, it is more pronounced in the Meiteis. They have the instinct to go for victory,” says the chief minister. According to him, it is probably comparable to Haryana in north India.

Singh had earlier also spoken to Mirabai Chanu soon after she won the silver medal. He felicitated Chanu on her return, giving her the post of Additional SP (Sports).