Banerjee said she will shortly write to Prime Minister Narendra Modi and seek his intervention in the 'indiscriminate' release of water by DVC every time there is heavy rain in Jharkhand. 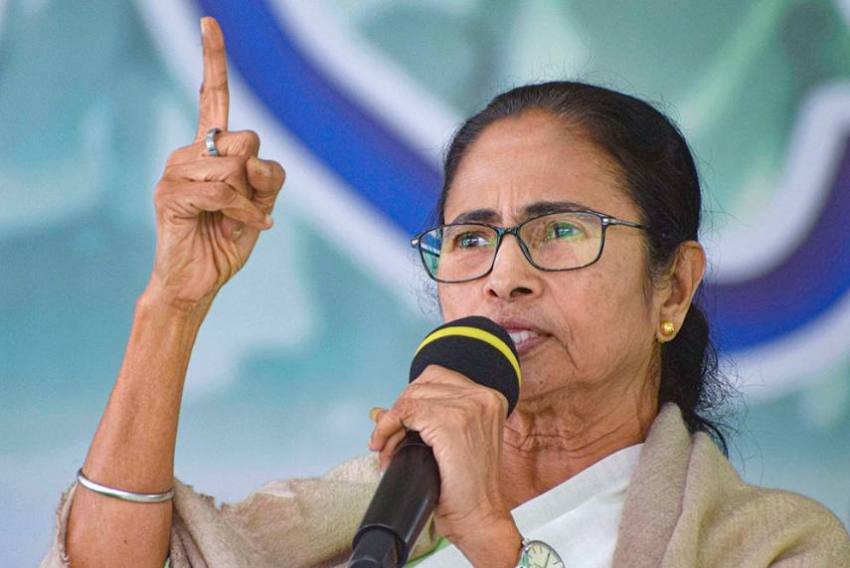 West Bengal Chief Minister Mamata Banerjee on Saturday took a dig at Union Home Minister Amit Shah saying he is never seen taking preventive action to stop discharge of huge volumes of water by DVC from its barrages into rivers in Bengal, which cause widespread flood, though he is prompt in sending NHRC team and summoning senior state bureaucrats to Delhi on "some pretext".

Banerjee said she will shortly write to Prime Minister Narendra Modi and seek his intervention in the "indiscriminate" release of water by DVC every time there is heavy rain in Jharkhand.

"Why is Amit Shah not asking DVC to stop such wanton discharge of huge volumes of water instead of doing it in phases? Does his concern for Bengal end in sending NHRC team, increasing CRPF cover of small-time BJP leaders and despatching high number of security personnel for a single seat? Does his concern for Bengal manifest only in summoning our top officers to New Delhi on some pretext?

She was referring to in part the September 30 by-poll in Bhabanipur Assembly seat, where she was a contestant.

"What has he done to ensure that Bengal gets its dues with regard to Cyclone Amphan, Yaas and Cyclone Bulbul ? We had to rebuild with our own limited resources after every calamity and the Modi-Shah regime didn't release a single additional penny," Banerjee said when briefing reporters about the flood situation in eight south Bengal districts.

The TMC supremo said she will write a letter to the prime minister very soon pointing out the recurrent floods faced by the state due to the sudden discharge of water by DVC for years, which have become more frequent now with heavy rains as a result of global warming. This time several pockets of Hoogly, Howrah, Paschim Medinipur and Bankura are reeling under severe floods.

"I know several such letters from me in the past didn't yield any result. But I must write again. The chief secretary will also write a letter to the cabinet secretary on the issue," she said.
Banerjee had made an aerial survey of flood affected Howrah and Hooghly districts during the state.
The chief minister claimed that total 10 lakh cusec of water had been discharged by DVC and from dams of Jharkhand irrigation department since the early hours of September 30 at small intervals which caused the devastation in Bengal.

"It was a crime by DVC ... Bengal will not suffer silently forever," she said.

Banerjee also said the Bengal government will demand compensation from DVC for releasing huge volumes of water accumulated in its two dams in Jharkhand into small rivers in Bengal which do not have the capacity to bear the huge upsurge and consequently flood the surrounding areas.

The chief minister said dams under the Jharkhand government cannot contain much water after heavy rains as they have not been cleaned or dredged in the past 50 years and flow downstream into Bengal. "But I am all for good neighbourly relations and want to hold discussions with Jharkhand on the issue", she said.

Reacting to Banerjee's charges, BJP state president Sukanta Majumder said "She is lying. The floods in south Bengal are due to lack of dredging of river beds in West Bengal by the state irrigation department."

"She (Banerjee) was busy with the September 30 by-poll in Bhabanipur. She woke up only when the by-poll was over. The flood was not man made as claimed by Mamata Banerjee but she made," Majumder added.

On Banerjee's jibe against Shah about the NHRC visit to the state, Majumder quipped "She can try to divert from the grave reality of post-poll violence by her party men on BJP activists which drew worldwide condemnation. But the truth has come out before everyone."