'Not even 24 hours have passed since I was sworn-in as the CM, and letters, a central team have started arriving', Mamata Banerjee said. 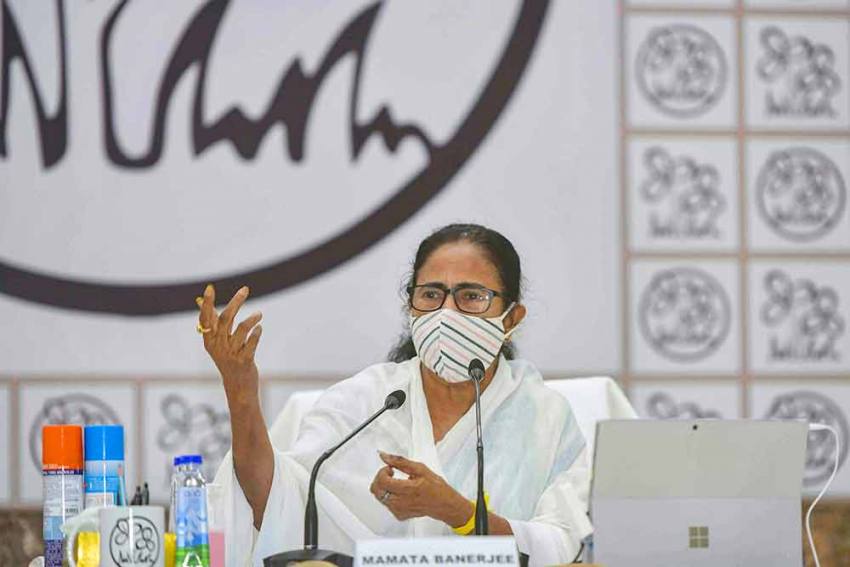 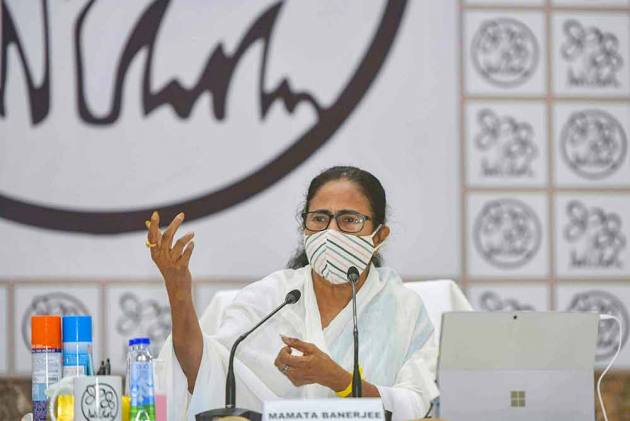 West Bengal Chief Minister Mamata Banerjee on Thursday said 16 people have lost their lives in post-poll violence in the state, and announced a compensation of Rs 2 lakh each for their families.

Banerjee, during a press meet here, also said that her government will provide jobs of home guard to one family member each of all five persons killed in CAPF firing in Cooch Behar's Sitalkuchi area last month.

She further said that a CID team has initiated a probe into the incident of firing in Cooch Behar that took place when the voting exercise was underway for the fourth phase of assembly elections, on April 10.

"At least 16 persons - mostly from the BJP and the TMC and one of the Samyukta Morcha -- died in post-poll violence. We will pay a compensation of Rs 2 lakh to their family members. Our government will also provide jobs of home guard to the next of kin of Sitalkuchi victims," she said.

Taking a swipe at the BJP, the CM said that the saffron party was yet to come to terms with people's mandate.

She accused central leaders of inciting violence in the state.

"Not even 24 hours have passed since I was sworn-in as the CM, and letters, a central team have started arriving. This is because the BJP has not yet reconciled to the mandate of common people. I will request the saffron party leaders to accept the mandate," she told reporters.

"Please allow us to focus on the COVID situation. We do not want to engage in any squabble," she added.

A four-member fact-finding team of the Union Home Ministry, tasked with looking into reasons for the post-poll violence in Bengal, arrived in the state on Thursday.

The team, which will also assess the ground situation in the state, is likely to visit several areas in the city as well as South 24 Parganas, Godkhali, Sunderbans and Jaggadal, sources said.

Led by an additional secretary of the ministry, the team visited the state secretariat and held a meeting with the home secretary and DGP, they said.

The ministry had on Wednesday sent a terse reminder to the West Bengal government to submit a detailed report on the post-poll violence and to take necessary measures to stop such incidents "without any loss of time".

It has also asked West Bengal Governor Jagdeep Dhankar to give a report on the law and order situation in the state, particularly the violence that took place following the election results on May 2.

Chief Minister Mamata Banerjee on Thursday said that 16 people have lost their lives in post-poll violence in the state.

The BJP has alleged that TMC-backed goons have killed a number of its workers, attacked women members, vandalised houses and looted shops.

Rejecting the charges, Banerjee had Wednesday said violence and clashes were taking place in those areas where BJP candidates emerged victorious in the assembly polls.

Meanwhile, Trinamool Congress MLA Firhad Hakim hit out at the Centre for sending teams instead of COVID-19 vaccines.

"They should send vaccines first, that's the responsibility of Prime Minister Narendra Modi. We are grieved that some people have died, and action will be taken against the culprits.

"But, what will happen to the inoculation process which is stalled because of the vaccine crisis?" Hakim said.

Current Surge In Covid Cases Likely To See A Decline In The Second Half Of May: Virologist Gagandeep Kang