Bandhu Prakash Pal, a 35-year-old teacher, his pregnant wife Beauty and 8-year-old son Angan were found dead in their house at Jiaganj in Murshidabad district on October 8, when Durga Puja festivities were on. 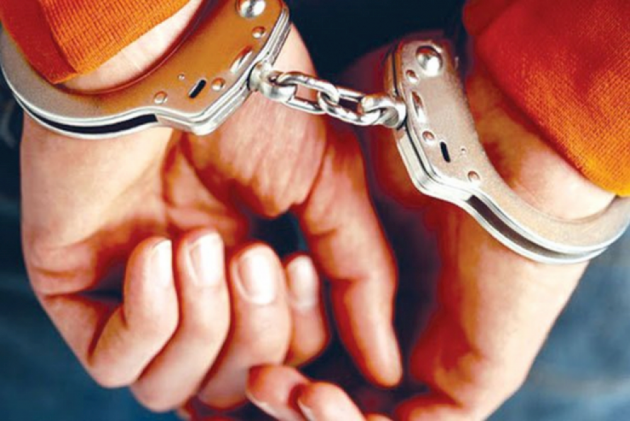 The police on Tuesday arrested the main accused in the Murshidabad triple murder case for his alleged involvement in the crime, a senior police officer said.

Utpal Behra, a mason by profession, was arrested from Sagardighi's Sahapur area of the district on Tuesday morning, Murshidabad Superintendent of Police Mukesh Kumar said.

Bandhu Prakash Pal, a 35-year-old teacher, his pregnant wife Beauty and 8-year-old son Angan were found dead in their house at Jiaganj in Murshidabad district on October 8, when Durga Puja festivities were on.

According to police, Behra had paid money to Pal for two life insurance policies.

"Although Pal gave money receipt for the first policy, but he did not give him the receipt for the second policy. For the last few weeks, Pal and Behra used to quarrel over this matter. Pal had even insulted him, following which Behra decided to kill him," police said.

Behra has confessed to the crime, the police claimed.