Shiv Sena claimed that the NCP and Congress had agreed "in-principle" to back its government but failed to get letters of support from them. 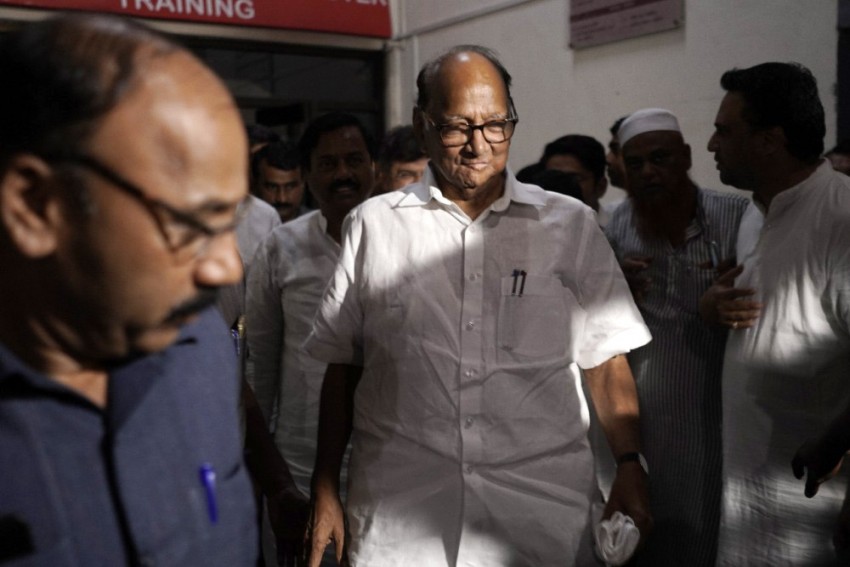 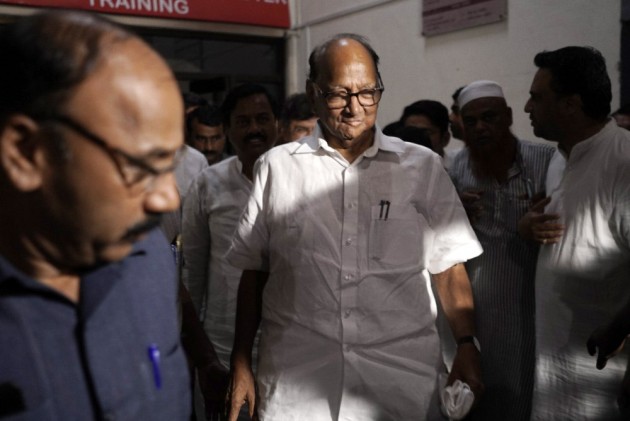 A high drama unfolded in Maharashtra on Monday as the Governor B S Koshiyari invited the Nationalist Congress Party (NCP) to stake claim to form government in the state hours after it declined to give the Shiv Sena a 48-hour extension to secure the numbers.

"The governor has invited us on Monday night as the NCP is the third-largest party. We will speak to our ally Congress and get back to him," said NCP leader Jayant Patil after the party's leaders met the governor on Monday night. He added that the party had a deadline of 8:30 pm on Tuesday.

Earlier on Monday, the Shiv Sena claimed that the NCP and Congress had agreed "in-principle" to back its government without the BJP in Maharashtra but the party failed to get letters of support from the political rivals before the deadline set by the Governor. The Governor rejected its plea for three more days to do so.

As the impasse in government formation entered the 18th day and the prospect of President's rule loomed, the Congress appeared not wanting to take a hasty decision to align with its ideological rival, and decided to hold further talks with its pre-poll ally NCP on the subject of supporting the Sena.

Governor Bhagat Singh Koshyari had on Sunday night asked the Shiv Sena to "indicate the willingness and ability" of the party to stake claim, hours after its pre-poll partner and longtime ally BJP declined to form the government.

The Sena, the second-largest party in the 288-member House with 56 MLAs after the BJP's 105 members, had time till 7.30 pm on Monday to stake claim. The day was marked by hectic parleys with its chief Uddhav Thackeray meeting NCP supremo Sharad Pawar and having a telephonic conversation with Congress President Sonia Gandhi to garner support. The NCP has 54 MLAs while the Congress has 44.

Uddhav Thackeray met Pawar at a suburban hotel in Mumbai on Monday while the Congress corralled its MLAs in a Jaipur resort. On the other hand, Arvind Sawant, the lone Sena minister in the Union council of ministers submitted his resignation, after NCP demanded that Sena pull out from the NDA if there was to be an alliance between them.

Sawant also announced his party's exit from the National Democratic Alliance (NDA) and accused the BJP of renegading on its promise for equal division of seats and power and thus,  forcing the Uddhav Thackeray-led party to snap ties.

Putting up a brave front after meeting the Governor, Sena leader Aaditya Thackeray told reporters outside Raj Bhavan that his party's claim on formation of a government still stands, as two parties have agreed "in-principle" to support the Sena-led government. He didn't take names of the Congress and the NCP.

"We have initiated talks with the two parties," he said. adding, "We informed the Maharashtra governor about our willingness to stake claim for government formation. Shiv Sena MLAs have already issued their support in writing," he said.

After two crucial meetings today in Delhi, the top leaders of the Congress preferred to have detailed discussions with the NCP on the current political impasse amid reports there were differences within the party over extending support to the Sena.

"The Congress President has spoken to Sharad Pawarji. The party will have further discussions with the NCP," said a terse statement issued by party general secretary K C Venugopal.

Congress legislators had held a meeting with senior party leaders on the issue in Jaipur on Sunday and asserted they did not want fresh elections in the state, party insiders said.

Since Congress MLAs are not keen on fresh elections and want to keep the BJP out of power, many favours extending outside support to the Sena, they said.

"We have always maintained distance from the right-wing party which is the Shiv Sena. Their internal differences(with BJP) have precipitated the situation in Maharashtra," senior Congress leader M M Pallam Raju said.