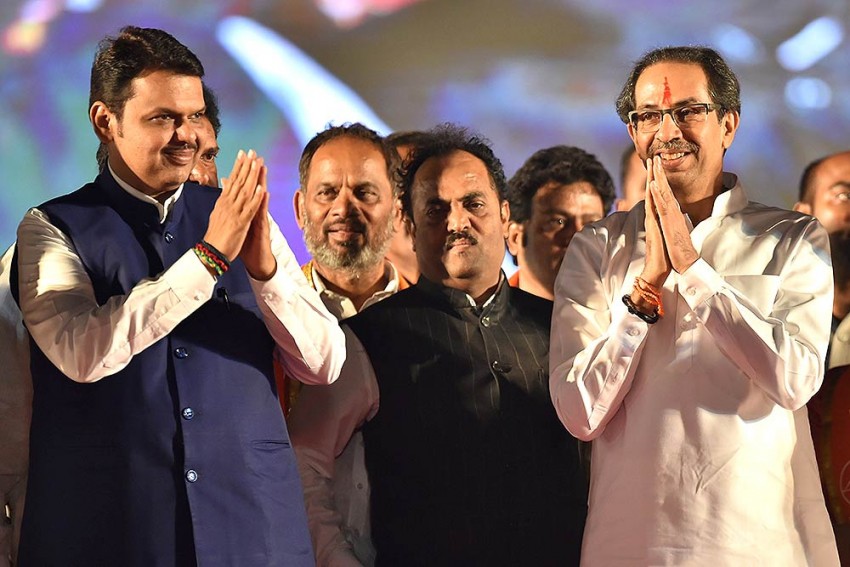 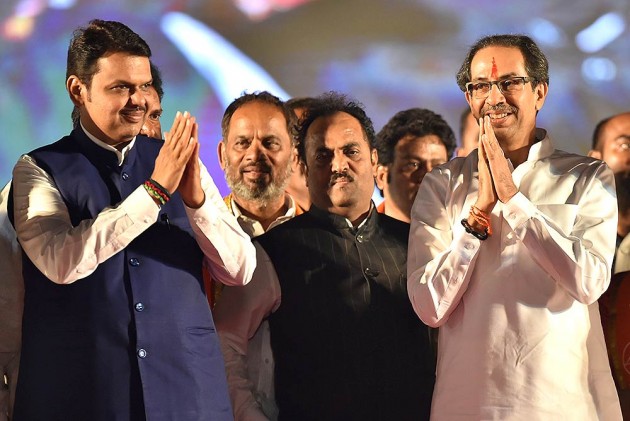 The Shiv Sena and the BJP alliance continue to be rocked in a seat sharing tussle in the formation of the next Maharashtra government. On Sunday, they enlisted support of three MLAs between them--one Independent and two from a small outfit-- in a bid to boost their respective numerical strength, which has taken a beating in the recently-held assembly polls.

A BJP rebel, Jain had defeated the party's official nominee Narendra Mehta in the October 21 elections, results of which were announced on October 24.

Earlier in the day, Achalpur MLA Bachchu Kadu and his colleague Rajkumar Patel, legislator from Melghat, both from Amravati district in Vidarbha region, offered support to the Shiv Sena. Kadu heads the Prahar Janshakti Party (PJP).

When asked about her meeting with Bahujan Vikas Aghadi (BVA) chief and Vasai MLA Hitendra Thakur on Saturday, Jain said she had visited him to express her gratitude for helping her in the election campaign.

Jain's visit to Thakur, who was supported by the Congress and NCP during polls, had raised speculation about her future political move.

When asked about Kadu's support, a Shiv Sena leader told PTI that it has increased the bargaining power of the Uddhav Thackeray-led party vis-a-vis BJP.

Since the election results showed that the BJP's tally has gone down compared to its 2014 performance, the Sena has hardened its stand apparently to seek more pound of flesh in
power.

Sena chief Uddhav Thackeray since raised his pitch for "equal sharing" of power, which apparently entails chief ministership for his son Aaditya Thackeray and allotment of
plum portfolios to Sena MLAs, in the next government.

When results of the polls were being announced on October 24, Thackeray had reminded the BJP of the 50:50 formula "agreed upon" between himself, Shah and Fadnavis ahead of the 2019 Lok Sabha polls.

"I contested less number of seats for Lok Sabha and assembly elections. I cannot accommodate the BJP everytime. I want to remind the BJP the formula which was worked out in the presence of Amit Shah," Thackeray had said.

On Saturday, the Sena demanded a written assurance from the BJP that it will implement the formula for equal sharing of power.

Thackeray had told MLAs of his party that though "other options" were open for him, he didn't want to explore them given that the alliance of the BJP and Sena is bound by the "Hindutva ideology."

Newly-elected Sena MLAs on Saturday demanded that Aaditya, a first-time MLA, be made the next chief minister.

However, the BJP seems not enthused. Fadnavis had repeatedly said during campaigning that he would return as the chief minister of the NDA.

Both the parties are now trying to enlist support of Independent MLAs, most of them rebels belonging to either party, to score over other in the bitter battle of political oneupmanship.

The increased numerical strength will obviously raise the bargaining power at a time when both the parties have intensified the political manoeuvring to dominate the next government.

In his write-up for party mouthpiece "Saamana", Sena leader Sanjay Raut on Sunday said the party now had the "remote control of power" in Maharashtra despite getting fewer
seats in the assembly polls when compared to 2014.

Ahead Of Ayodhya Verdict, PM Modi Recalls How India Responded In 2010