Fadnavis said that the special session was in violation of the rules as it began without the ceremonial singing of 'Vande Mataram'. 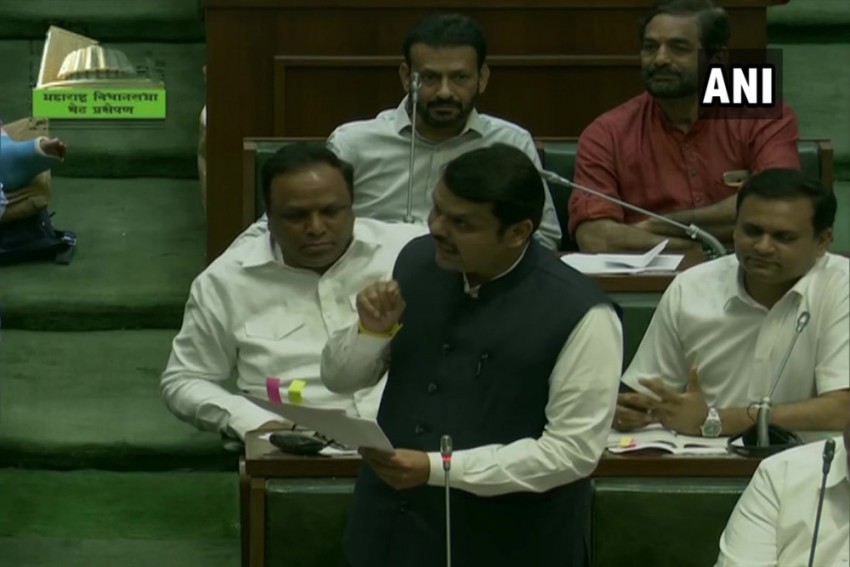 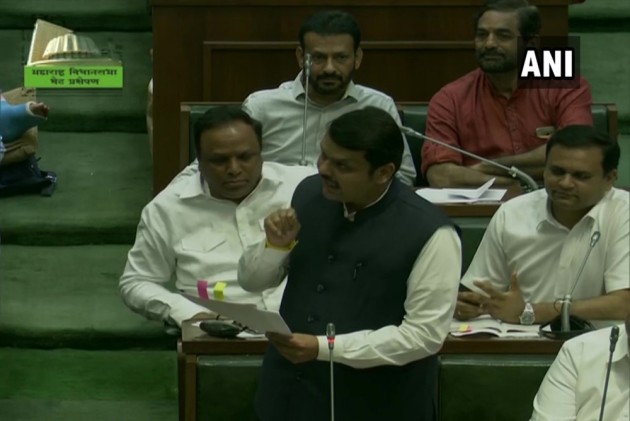 Former Maharashtra Chief Minister Devendra Fadnavis on Saturday raised questions over the oath-taking procedure followed during the swearing-in of Chief Minister Uddhav Thackeray and other MLAs and also claimed that the special session convened to conduct the floor test was not as per the rules and regulations of the House.

The BJP MLAs, led by Devendra Fadnavis, subsequently staged a walkout from the Assembly amid uproar in the House. Meanwhile, inside the House, the floor test was carried out where the Maha Vikas Aghadi was able to register a comfortable win by getting 169 votes.

Speaking soon after the commencement of the day's session, Fadnavis said that the special session was in violation of the rules as it began without the ceremonial singing of 'Vande Mataram'.

"Assembly starts with Vande Matram and ends with National anthem when it is called. This session started without Vande Mataram that is the reason it's violating the rules", he said.

He also said that they were informed late about the session. "We were intimated last late at night. Why was this done? Was it done because our MLA should not reach the Assembly", he said.

Responding to Fadnavis, pro tem Speaker Dilip Walse Patil said that the special session was being convened with the permission of Governor BS Koshyari and hence is not against the rules. "The Governor has given the permission for this session last night, this session is as per the rule and is legal", Patil said.

Fadnavis alleged that Chief Minister Uddhav Thackeray and other ministers took oath in an illegal way. To which Patil, said, "You are raising an issue which is of out of the House."

To this, the former chief minister said he had no right to sit in the House if he is not "allowed to speak on the Constitution".

Earlier, as soon as the House assembled, BJP members raised slogans of 'Jai Shree Ram' and 'Har Har Mahadev' in the house.