MLAs of the Congress, NCP and Sena are sequestered in different hotels in the metropolis, to stall any attempts by the BJP to poach them ahead of the floor test in the Assembly. 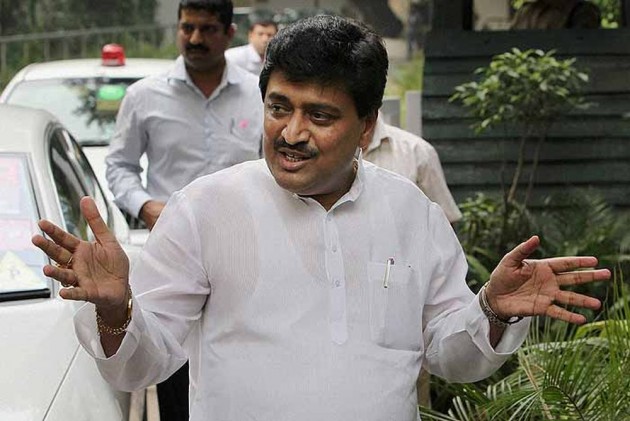 With the Supreme Court likely to take a call on crucial floor test in Maharashtra on Monday, which will decide the fate of the nascent BJP-led government, senior Congress leader Ashok Chavan on Sunday alleged that BJP leaders had booked rooms in hotels where his party MLAs are put up and were contacting some of them.

Speculation was rife that the task of getting MLAs into the BJP's fold has been entrusted to senior leader Radhkrishna Vikhe Patil, who had crossed over from the Congress to the BJP ahead of the October Assembly polls, Sainik-turned-Congressman-turned BJP Rajya Sabha MP Narayan Rane, NCP-turned-BJP MLA Ganesh Naik and Babanrao Pachpute.

When asked about the speculation, Vikhe Patil gave a cryptic and open-to-interpretation reply, stating "I have good relations with all MLAs".

Chavan told reporters that some Congress MLAs had told him about the move by the BJP.

"Our MLAs are united and will not be poached," Chavan said.

MLAs of the Congress, NCP and Sena are sequestered in different hotels in the metropolis, to stall any attempts by the BJP to poach them ahead of the floor test in the Assembly.

Sources said these NCP MLAs are now being moved to another location nearby.

The Congress legislators were earlier supposed to leave for Jaipur but were later put up in Mumbai in view of the fast-paced political developments, according to sources.

While the Congress MLAs are staying in J W Marriott hotel in Juhu, the MLAs of the Sena are staying at The Lalit hotel located near the Mumbai international airport.

The BJP made a return to power in a dramatic way early Saturday morning after NCP leader Ajit Pawar joined hands, leading to Governor Bhagat Singh Koshyari swearing-in Devendra Fadnavis as chief minister and Pawar as his deputy.

Given the political scenario in the state, the role of MLAs has become far more crucial during the floor test in the 288-member House where the halfway mark is 145.

According to sources, Independent and other MLAs could tilt the scales in favour of either the BJP-led government of Fadnavis backed by Ajit Pawar or the Sena-Congress-NCP combine during the floor test.

Earlier in the day, the supreme court said the issue of the floor test, as demanded by the Congress-NCP-Sena combine, would be dealt with on Monday only after perusing the two letters- of Maharashtra Governor Bhagat Singh Koshyari inviting Fadnavis and of the BJP leader staking his claim to form the government- it has demanded.

For their parts, the BJP and the opposition combine have claimed that they have the requisite numbers and would win the floor test comfortably.