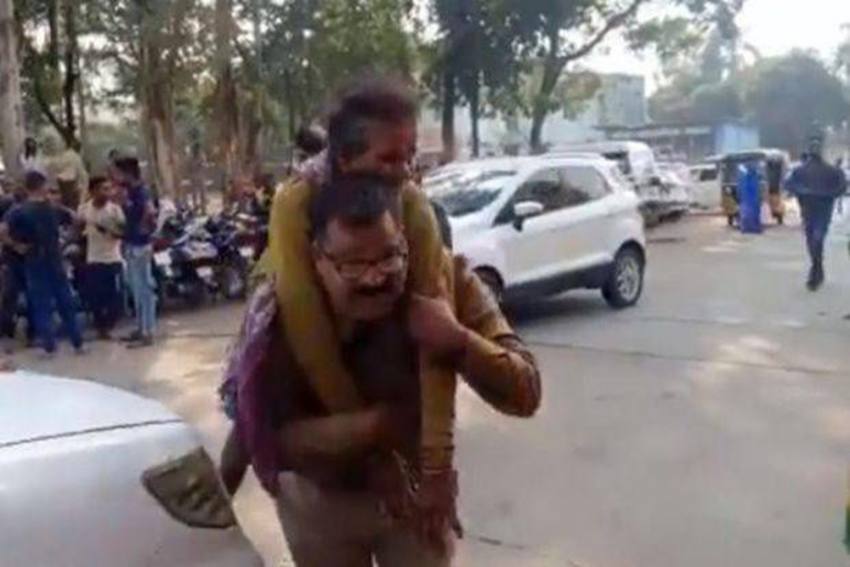 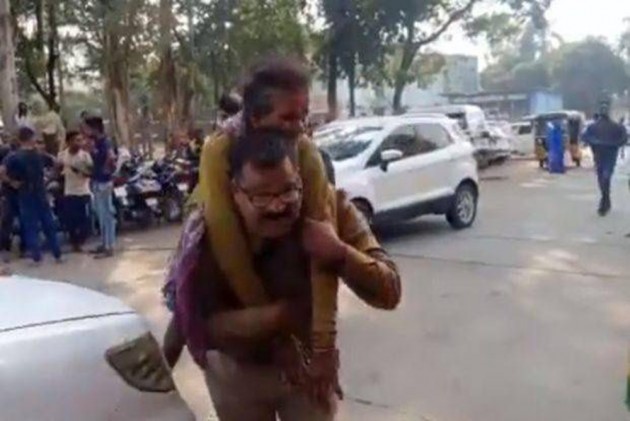 A cop in Madhya Pradesh's Jabalpur has won several hearts after he was seen carrying an injured woman on his back inside a hospital.

Earlier on Tuesday, around 35 labourers were injured after the mini-truck overturned. A police team reached the spot and took the injured to a hospital.

However, after reaching the hospital, the cops realised that stretchers were not available to take the injured people inside the hospital.

Without wasting any time, the cops decided to carry them inside the hospital themselves. Assistant Sub-Inspector Santosh Sen, LR Patel and constables Ankit, Ashok, and Rajesh, with the help of locals, lifted the injured on their backs and took them to the casualty department.

In the video that has been making round on the internet, Sen can be seen carrying an elderly woman on his back and taking her inside the hospital. After entering the hospital, another cop can be seen helping Sen balance the woman on back.