The bill was passed by a voice vote amid the Congress walkout. Amendments moved by Opposition parties were defeated by division of votes. 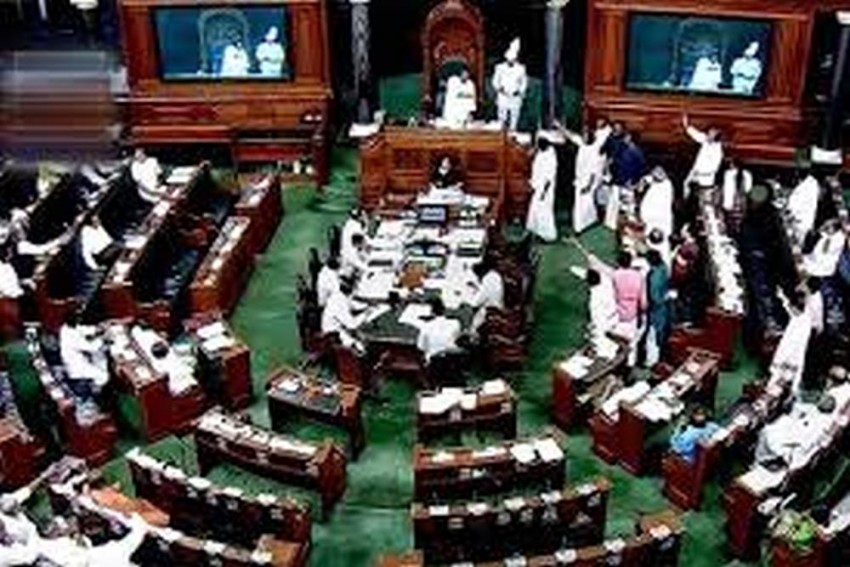 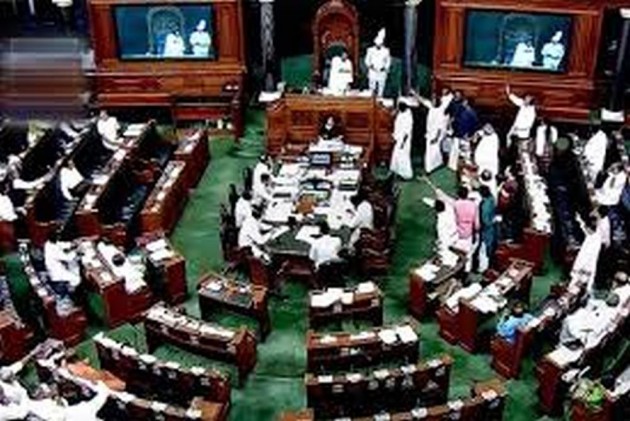 Lok Sabha on Friday passed 'The Jallianwala Bagh National Memorial (amendment) Bill, which seeks to remove the Congress president as a trustee, amid vociferous protests from the party members who later walked out.

Piloting the bill, Culture Minister Prahlad Patel asserted that national memorials cannot be "political memorials" and they should be kept away from politics.

The bill was passed by a voice vote amid the Congress walkout. Amendments moved by Opposition parties were defeated by division of votes.

A division sought by opposition members at the time of consideration of the bill was defeated with 214 voting in favour and 30 against.

The amendment bill also paves the way for the leader of the single largest opposition party in the Lok Sabha to be a member of the trust.

But no such post exists at present as no non-BJP party won the required 10 per cent of total seats to get the status.

As of now, the trust which manages the memorial, has the Prime Minister as the chairperson, President of Indian National Congress, Culture Minister, Leader of Opposition in the Lok Sabha, Punjab governor, Punjab CM as its members.

Replying to the debate on the bill, Patel said the government wants to end politics associated with the Jallianwala Bagh National Memorial Trust.

"It is our belief and principle that politics should be removed from the national memorial and hence the amendments were brought to the 1951 Act," he said.

"It should be a great tribute to Udham Singh," he said while questioning Congress party for stopping it from appointing his family members on the board.

As soon as the minister started speaking on the bill, Congress leader Rahul Gandhi entered the house.

Opposing the bill, Congress member Gurjeet Aujla said the government wants to re-write the history by removing the Congress president from the trust.

"This government wants to distort history, destroy history. You cannot remove the sacrifice of the Congress to the country's freedom struggle," he said.

As Aujla attacked the ruling BJP and like-minded organisations for "not taking part in the freedom struggle", the ruling party members countered him with slogans.

"You have no contribution to the country's freedom struggle. Why do you want to control the memorial," he alleged.

Participating in the debate, Akali Dal member and Union Minister Harsimrat Kaur Badal said it was the members of the Congress who were involved in the 1984 riots against Sikhs.

"This was a recorded history and you cannot forget it," she said.

With this, the Congress countered Badal by shouting slogans and making counter allegations.

At one time, a few members of the Congress were seen showing placards about "drug mafia" in Punjab.

Giving point by point rebuttal, Patel said no one can rewrite history and nor the Modi government is doing that. It is only reviewing it and acknowledging those who have been forgotten.

He further said majority contribution for acquiring land for the memorial was given by common man, and it was also common people who sacrificed their life there.

Taking on Congress, the minister said in 1970 Babu Jagjivan Ram was the president of Congress but then Prime Minister Indira Gandhi was on the board of trust.

And it took more than 40 years for Congress to replace Jawaharlal Nehru, Abdul Kalam Azad and Saifuddin Kitchlew from board of the trust in 2006, he said.

A similar bill was brought by the previous government but it could not get parliamentary nod and lapsed.

The amendment bill also confers power to the central government to terminate the term of a nominated trustee before the expiry of the term without assigning any reason.

Virendra Kataria, Ambika Soni and Harvendra Singh Hanspal are nominated trustees appointed in 2013 for five years, according to the Culture Ministry website.

Jallianwala Bagh memorial was established in 1951 by the central government to mark the massacre of unarmed people on April 13, 1919 by the British Indian Army under the command of Col Reginald Dyer.

In a jibe, he said a bill can be brought in future to undo the fact that Patel as home minister had banned the RSS, the ideological parent of the BJP.

JD(U)'s Ramprit Mandal supported the bill, while BJD's B Mahtab opposed it, saying it will bring no harm if the Congress president remains a member of the trust and noted that UPA government had also included the leader of opposition as a member.

"Let us not belittle ourselves by removing the Congress president," Mahtab said.

NCP's Supriya Sule also supported him and said the bill was disappointing. "It looks very petty," she added.

DMK leader Dayanidhi Maran said he was ashamed to see acrimonious scenes in the House.

"We respect freedom fighters and I am proud of them. Congress is the only party which fought the freedom struggle. Other parties in the country are a byproduct of Congress," he said.

Maran said the BJP got a huge majority in Lok Sabha and it should be magnanimous.

"With great power comes responsibility. But you are notbehaving responsibly," he said.

He asked the government to withdraw the bill and not to waste the valuable time of the House.

"Gandhi ji set up the memorial. You want to change the Act after 68 years. I strongly dissent it. You can't rewrite history," he said.

Roy said the "BJP's ancestors" were not part of the country's freedom struggle and wanted to change the history.