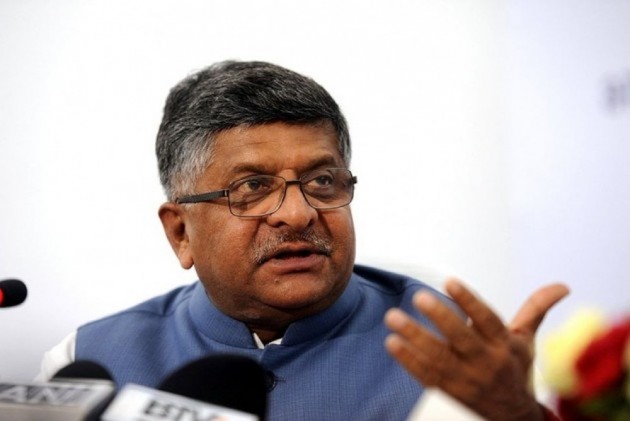 A four-time Rajya Sabha MP, Prasad wrested the Patna Sahib seat in Bihar from Sinha, a rebel BJP leader who is also known as 'shotgun'.

The 65-year-old Prasad has held various ministerial portfolios, including that of Law and Justice, under Prime Minister Narendra Modi, as well as Atal Bihari Vajpayee governments.

When Narendra Modi swept to power in 2014, Prasad was first given the ministries of Telecom and Information Technology and Electronics. Later, he was divested of the telecom portfolio. Currently, he is a Rajya Sabha member and holds the portfolios of Law and Justice, as well as Electronics.

He became a Rajya Sabha member for the first time in 2000 and since then, has been elected to the Upper House thrice.

Modi government's Digital India program was implemented under Prasad's watch. As IT minister, he has also driven several initiatives to galvanize electronics and mobile handset manufacturing in the country, besides spearheading programs for setting up BPO (Business Process Outsourcing) units in smaller towns and cities.

Prasad is also an ardent social media user, and has over 3.2 million followers on Twitter. That said, he also took a firm stand against social media giants like Facebook and WhatsApp on issues of fake news, data privacy, and election integrity, and has led the charge on draft data protection legislation and tightening of social media rules.

In the past, Prasad has been in charge of key portfolios like Coal and Mines, Law and Justice, and Information and Broadcasting under Prime Minister Atal Bihari Vajpayee.

A noted lawyer and a senior advocate in the Supreme Court, Prasad has fought many high-profile cases.

Born in 1954 in Bihar, Prasad started his political innings as a student leader in 1970s, organizing protests against the then Indira Gandhi government.