Nitish Kumar-led Janata Dal-United has also decided to go it alone in the Jharkhand Assembly polls. 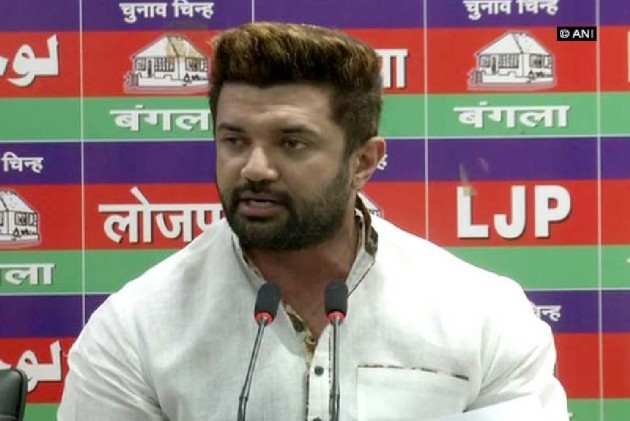 After facing disappointment in Maharashtra at the hands of its old ally Shiv Sena, the BJP has received another jolt in Jharkhand where its alliance partner Lok Janshakti Party announced to contest the upcoming state assembly polls independently.

The announcement comes days after the BJP released its first list of candidates.

The 81-member Jharkhand Assembly will vote in five phases starting from November 30 to December 20. Counting of votes will take place on December 23.

Sharing the news of contesting alone, Union Minister Ram Vilas Paswan's son, Chirag Paswan, who recently took over the reins of the party said, "The decision to contest election in Jharkhand was to be taken by the party's state unit. And the state unit of the LJP has decided to contest on 50 seats independently. By today evening the party will release the first list of candidates."

LJP contested unsuccessfully on one seat in 2014 Assembly polls in the state.

The BJP was left redfaced after Shiv Sena, its 30-year-old alliance partner in Maharashtra, snubbed the saffron party over government formation in the state.

Even Nitish Kumar-led Janata Dal-United (JD-U) has decided to go it alone in the Jharkhand Assembly polls. The BJP, LJP and the JD-U currently have a coalition government in Bihar.

The BJP is contesting the Jharkhand Assembly polls in alliance with the AJSU.