The current wave of coronavirus has put huge pressure on the city's health system, with hospitals facing a shortage of oxygen and equipment to treat Covid-19 patients besides beds. 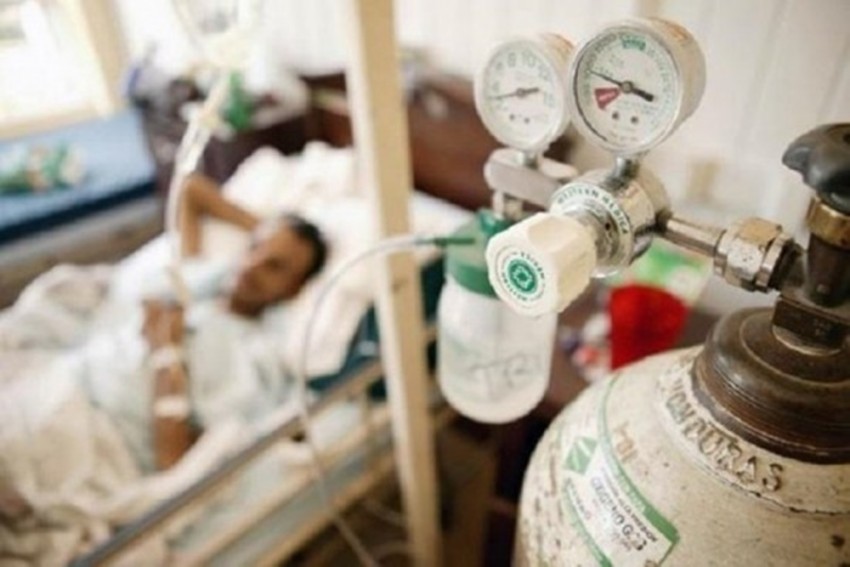 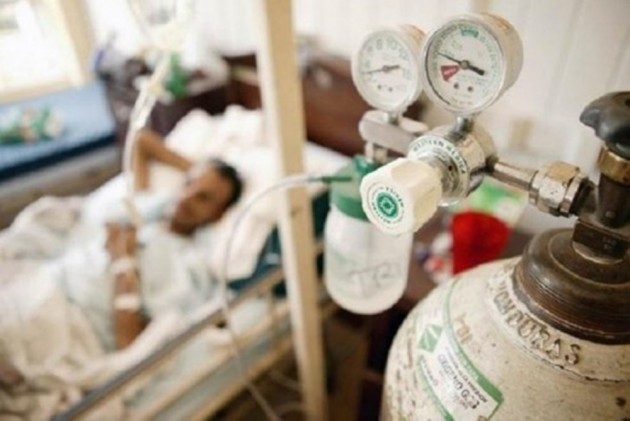 Delhi hospitals have claimed that it has become a "daily fire-fight" for them to save the lives of Covid-19 patients in the absence of a continuous supply of medical oxygen. The current wave of the coronavirus has put huge pressure on the city's health system, with hospitals facing shortage of oxygen and equipment to treat Covid-19 patients besides beds.

The national capital reported 407 Covid-19 fatalities and 20,394 cases with a positivity rate of 28.33 per cent on Sunday, according to a bulletin issued by the Delhi health department.

This is the second consecutive day the capital has recorded over 400 fatalities due to the deadly virus.

As many healthcare facilities continue to face crises, Lt Governor Anil Baijal directed top officers of the Delhi government to prepare a detailed action plan to address the shortage of the life-saving gas.

Cabinet Secretary Rajiv Gauba at a meeting on expressed anguish over issues related to the availability of oxygen in the national capital and emphasised the need to ramp up the city's medical infrastructure.

He has asked the Delhi government to make all out efforts to lift their allocated oxygen, using all the means at their disposal, and also to ensure that the oxygen available to them is distributed rationally and in a transparent manner, so that there is no diversion or leakage, according to a statement said.

On Sunday afternoon, the second 'Oxygen Express' for Delhi arrived here on with 120 tonnes of liquid medical oxygen and a third such train has begun its journey for the national capital from Angul in Odisha, the railway ministry said.

The train from Angul is carrying 30.86 tonnes of oxygen, it said.

However, during the day, some hospitals sent out desperate SOS calls to authorities to replenish their dwindling stocks.

Madhukar Rainbow Children's Hospital in Malviya Nagar on Sunday sounded an alarm about their depleting stocks around noon, saying 50 people, including four newborns, were "at risk".

An official of the hospital said in the afternoon there are around 80 patients, including those suffering from Covid-19, at the hospital. It also has 15 newborns, he said.

"There are 50 people, including four newborns, on oxygen support. They are at risk," the official said.

The hospital does not have a liquid oxygen storage tank and depends on oxygen cylinders from a private vendor.

"It has become a daily fire-fight in the absence of a continuous supply. We require around 125 oxygen cylinders a day," the official said.

The hospital said it received 20 oxygen cylinders around 1:30 pm with the help of government authorities.

Aakash Healthcare in Dwarka appealed to government authorities to shift patients to other facilities “so that they can be saved”.

"CRY FOR HELP: Received only 5 #oxygen cylinders after running around the entire day, not more than 60 mins left to save lives of more than 250 patients," a tweet posted from the hospital's handle read.

Dr Deepali Gupta from Triton Hospital in Kalkaji said they have been struggling to arrange oxygen for their neonatal intensive care unit.

"We have been scrambling for oxygen for over a week. A major tragedy may occur if a continuous supply is not ensured soon," she said.

AAP leader Raghav Chadha said the government has issued 5 D-type cylinders to the hospital from the Rajghat Response Point.

"Hospital officials are on their way to collect it. Sincerely hope that oxygen supply chains of hospitals get restored quickly for this fire-fighting is unsustainable," he tweeted.

It could not be ascertained if the facility received a refill.

The Hakim Abdul Hamid Centenary Hospital, where 110 patients are admitted, sounded an alarm about their depleting oxygen stock around 2 pm.

"The city government is responsible for this situation. The supplies have become erratic ever since the government has taken over," Dr Sunil Kohli, the head of the department of medicine, said. A tanker carrying oxygen reached the facility around 6 pm.

On the action plan, Lt Governor Baijal said it should address shortage of hospital beds, medicines and medical oxygen besides augmenting crematorium and graveyard capacities amid a surging Covid-19 cases and deaths in Delhi.

The L-G, who is under home isolation after testing positive for Covid-19, has also suggested employing services of recently retired doctors and paramedical services to plug the gaps in health infrastructure.

Faced with oxygen crises, BLK-Max Super Speciality Hospital announced the installation of an "oxygen generator and a high-pressure cylinder filling system which will provide around 15 per cent additional back-up to the existing medical oxygen demand at the hospital in the form of a continuous feed".

Several hospitals in Delhi continue to grapple with a shortage of oxygen, as coronavirus cases continue to spike every passing day.

The Delhi government has been demanding 976 metric tonnes of oxygen from the Centre. On Saturday, the Central government raised the city's daily oxygen quota to 590 MT from 490 MT.