A fortnight after the BJP-Shiv Sena alliance secured a clear majority in Maharashtra Assembly polls, the two partners are stuck in a power tussle. Catch all the latest u[pdates here. 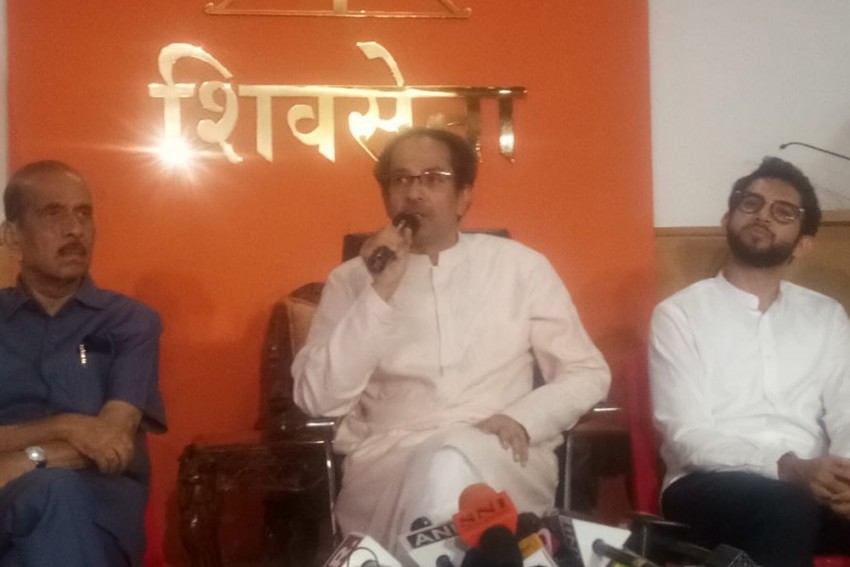 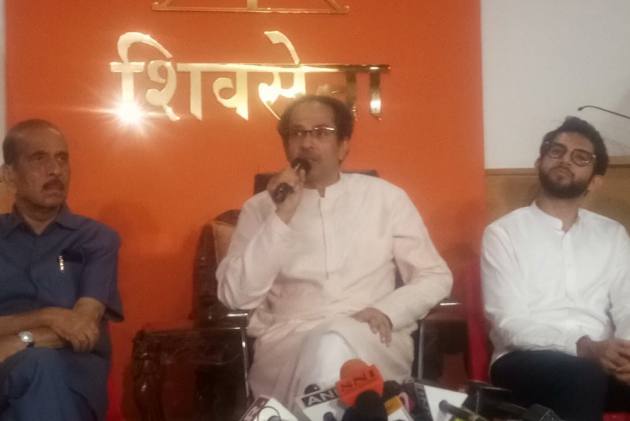 A fortnight after the BJP-Shiv Sena alliance secured a clear majority in Maharashtra Assembly polls, the two partners are stuck in a power tussle: Shiv Sena is demanding equal sharing of power that entails the rotation of the CM post.  Maharashtra Assembly term ends on November 9, after which the President's rule in the state may be imposed.

Sharad Pawar-led NCP said his party and the Congress has been given the mandate to sit in the opposition and denied to forge an alliance with the Shiv Sena to form the government.

Interestingly, the warring allies, BJP and Shiv Sena, have been reiterating in front of media that they won't let the alliance break.

Union Minister and BJP leader, Nitin Gadkari, the troubleshooter of the BJP, has been roped in to achieve a breakthrough. Shiv Sena, fearing horse-trading has moved its MLAs to a hotel, close to party chief Uddhav Thackeray's residence. NCP on Friday again said they will sit in the opposition while Congress has accused the BJP of poaching its MLAs.

Maharashtra is witnessing a huge political drama with frequent twists and turns.

6:53 pm: "It is up to the Governor to decide if the state goes under President's rule," said Thackeray.

6:43 pm: "We do not need Amit Shah's blessing to form a government," says Thackeray.

6:41 pm: I had never closed doors on the BJP for conversation, says Thackeray.

6:40 pm: "Amit Shah must understand that people in Maharashtra no longer have trust in them," said Sena chief.

6:38 pm: "Even though BJP does not have the numbers, the caretaker CM (Fadnavis) is saying they will form the government. I want to know how they will do that," Uddhav Thackeray said. He claimed that BJP has formed governments in states like Karnataka and Manipur by horse-trading.

6:36 pm: Uddhav Thackeray said Sena could have a chief minister from the party without Devendra Fadnavis and Amit Shah.

"It is BJP that lies about 'achhe din'," the irked ally of said.

6:33 pm: Uddhav Thackeray says other party leaders like Dushyant Chautala have spoken more against BJP than he ever has.

Chautala's party JJP supported BJP in Haryana to help them form the state government in the recently concluded Assembly elections.

6:28 pm: "This is the first time someone has accused us of lying. Devendra Fadnavis has accused me of lying while referring to the conversation between him and Amit Shah", Sena chief Uddhav Thackeray said adding that, " I did not go to Amit Shah and Fasnavis. They came to me."

6:25 pm: He said Amit Shah had called and asked him what he wanted. The Sena chief said he had replied that he wanted to fulfil his father Balasaheb Thackeray's dream of having a chief minister from Shiv Sena and that was agreed upon under the 50:50 power-sharing formula.

6:20 pm: "BJP has given no report of the work they have done in the past five years, they have no proof. But Shiv Sena does," said Thackeray. "We have always fulfilled the promises made to people."

"But Fadnavis is still a friend to me," he added.

6:08 pm: 'Our alliance is based on Hindutva. I am sure for the betterment of people of Maharashtra, Shiv Sena and BJP will form the government," Gadkari said.

6:06 pm: We have never gave any assurance to the Shiv Sena over the 50:50 power-sharing formula, says BJP leader Nitin Gadkari.

5:57 pm: Best wishes to Fadnavis if he thinks there will again be a BJP government under him, said Raut.

5:26 pm: "If we want, we can form the government and have the chief minister from our own party," Raut said.

5:07 pm: BJP will make sure it forms the new government and the CM will be from our party only, said Fadnavis.

5:03 pm: "It is an insult to the mandate given to us by the people of Maharashtra," Fadnavis said on the political stalemate in the state.

5:02 pm: Governor asked me to be the caretaker Chief Minister of Maharashtra but during that time I will not be able to make any decisions, said Fadnavis.

4:54 pm: I tried to reach out to Uddhav Thackeray to discuss a breakthrough to end the current stalemate, but we have not reached any consensus, said ex- Maharashtra CM.

4:52 pm: We have not ever promised the Shiv Sena 50:50 power-sharing formula; at least there has been no such promise from my end, Fadnavis said.

4:50 pm: There has not been a single time when we have had not a discussion on the power-sharing demand of Shiv Sena, Fadnavis said.

4:48 pm: The recent assembly elections have been important for the BJP because our strike rate in Maharashtra polls has been 70 per cent, Fadnavis said.

4:43 pm: Fadnavis said the BJP has faced every challenge that came their way in last five years.

4:35 pm: Devendra Fadnavis resigns as the chief minister of Maharashtra.

3:45 pm: Shiv Sena will move its MLAs to Hotel Retreat at Madh, in Malad West till November 15. The party has written to the Mumbai Police Commissioner, requesting security arrangements for its lawmakers

3:35 pm: "Time is short. The BJP-Sena must take steps to give the state a stable government. If they fail to do so, Maharashtra could face a spell of President's rule which does not augur well for the state," NCP chief Sharad Pawar told media persons.

3:20 pm: "There were reports that some Congress MLAs were approached by BJP leaders with money. Yesterday one or two of our MLAs were offered around Rs 25 crore. We will do our best to stop the horse-trading pattern that started in Karnataka," said Nitin Raut, Congress leader.

3:15 pm: Amidst the speculations of possible horse-trading of its MLAs allegedly by the ruling BJP, the Congress party has decided to lodge all its legislators at one place in order to keep its flock intact.

3:10 pm: BJP leader Sudhir Mungantiwar said Congress and NCP should prove the allegations of horse-trading against the party within 48 hours or "apologise to the people of Maharashtra".