'The paradox is that countries across the globe are asking us for vaccines, while a section of our own is fomenting misinformation and doubt for narrow political ends,' the Union Minister said 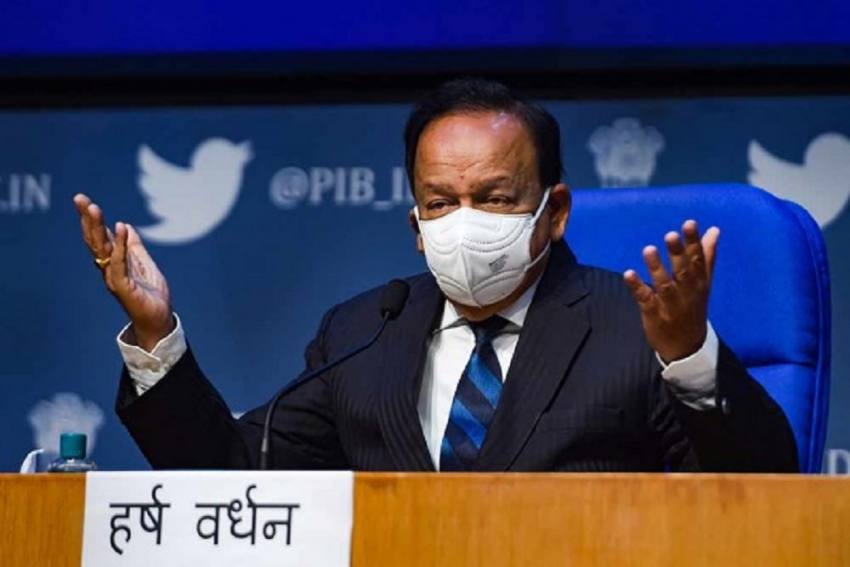 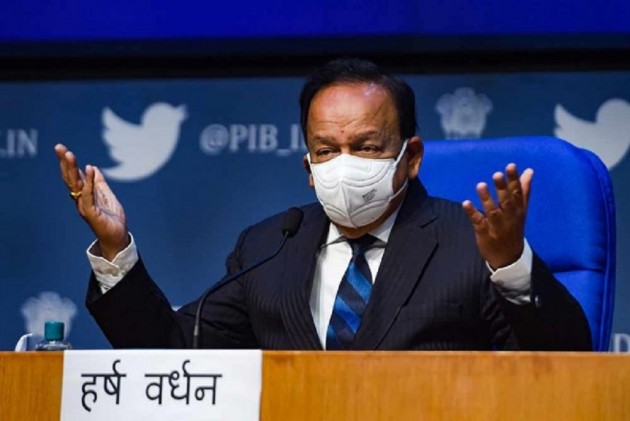 Coronavirus vaccine will put a stop to the transmission of disease and also help eradicate it, Union Health Minister Harsh Vardhan said on Thursday amid vaccine hesitancy amongst some sections of the population.

"The paradox is that countries across the globe are asking us for access to the vaccines, while a section of our own is fomenting misinformation and doubt for narrow political ends," he said, while unveiling IEC posters to address reluctance.

India began its vaccination rollout on January 16 and has since inoculated more than eight lakh healthcare workers were vaccinated against Covid-19 in the country till 7 am on Thursday, according to the health ministry.

Vardhan reminded everyone of the achievements of India, the second-most populous country in the world, which is seeing a steady decline in the number of active coronavirus cases.

"The elimination of polio and small pox was made possible by large-scale immunisation. Once immunised, not only that person is not capable of catching the disease, he or she is also unable to transmit the disease to others, thus passing on the social benefit to the larger society he or she interacts with. This was also the logic of undertaking mass immunisation of women and children against 12 diseases under Mission Indradhanush.

"The vaccination against Covid will similarly create persons incapable of transmitting the disease and eradicate the disease altogether in some time," he was quoted as saying in a statement issued by the health ministry.

The minister urged everyone to counter the "vested campaigns of untruth and misinformation".

"Let us put a stop to these falsehoods," he said.

Vardhan appealed to people to seek correct information regarding the Covid-19 vaccines from credible and authentic sources such as the health ministry, the information and broadcasting ministry, the Press Information Bureau (PIB), the MyGov website etc., according to the statement.

He reiterated that "truth is powerful and shall prevail" and encouraged everyone to share the IEC posters to multiply the virtuous cycle of truth.

Commenting on the safety and efficacy of the Covid vaccines, the health minister said, "All eminent doctors of well-known hospitals have taken the vaccines and praised the exercise for its desired end. It is only a handful of vested political interests who are interested in spreading rumour and encouraging vaccine hesitancy among those vulnerable to such propaganda in the population.

"The paradox is that countries across the globe are asking us for access to the vaccines, while a section of our own is fomenting misinformation and doubt for narrow political ends."

He said eminent doctors, along with many other healthcare workers within the government as well as the private sector, have taken the vaccines and returned to work without any side-effects.

Shocking! 10-Year-Old Boy Dies After Father Sets Him On Fire For Not Bringing Him Beedis