While the MP govt directive makes it difficult for journalists to cover the pandemic, CM Shivraj Singh Chouhan says it's not a gag order on the media. 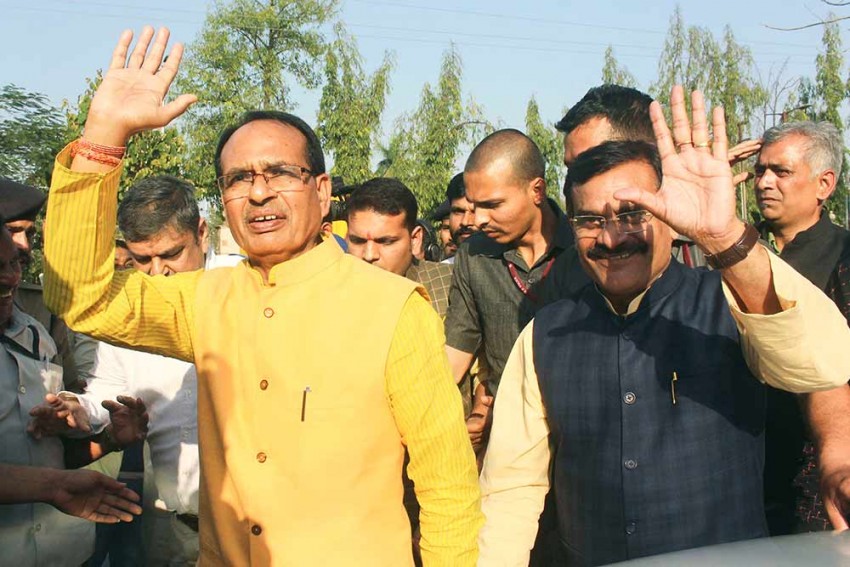 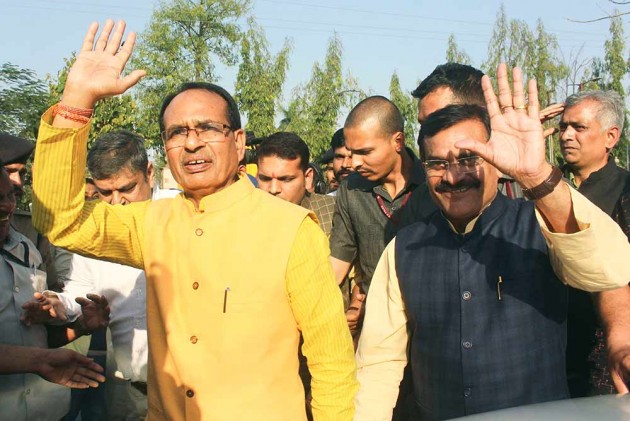 The BJP-led Madhya Pradesh government on Friday issued an order that said: "any person/institution/organisation shall not use any print or electronic or social media for the publicity and propaganda of any information related to Covid - 19 without investigation of facts and prior approval" of the authorised government officials.

The order states that such persons, institutions or organisations can share information related to Covid-19 only if it has the prior approval of the principal secretary, Public Health and Family Welfare Department, Commissioner Health Services, Commissioner, Medical Education, Director, Health Services, Director, Medical Education or the District Magistrate.

The government has justified the need for its order by stating that this "is necessary to prevent the spread of rumours or unconfirmed information in relation to Covid - 19" and said that any person/institution or organisation who shares information with the media for publicity and publication without the prior approval of the officials concerned "shall be guilty of offences under the Madhya Pradesh Epidemic Diseases Regulations, 2020 and legal action shall be taken accordingly". 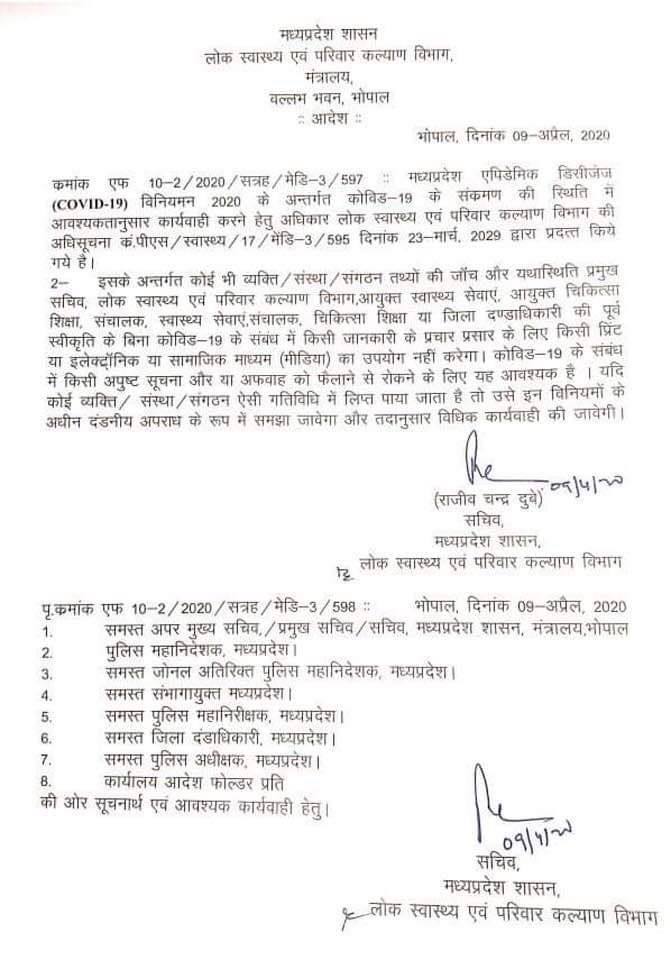 Chief minister Shivraj Singh Chouhan has said that the decision is in no way a gag order on the media. However, the government's decision raises a piquant situation wherein only the official version can be carried by media organisations while people or organisations who may not agree with the government's measures on the pandemic or developments related to the spread of the infection can share such details with the press only if it's approved by the designated officials.

The timing of the decision too seems awry as it comes amid criticism of the MP government's handling of the COVID-19 pandemic in the state. The order also comes close on the heels of a major controversy in the state over several officials of the public health department, National Health Mission and the police force testing positive for the virus.  Since Chouhan, who was sworn-in as chief minister last month after his predecessor and Congress leader Kamal Nath was forced to resign, has not yet formed his council of ministers, the state doesn't have a health minister in this hour of crisis and decision-making is centralised with the chief minister's office - another cause of much opprobrium in the state's political circles.

A majority of the incumbent officials of the public health department are currently under quarantine or receiving treatment for the infection and the Chouhan administration is now toying with the idea of appointing a new team to replace the existing, indisposed staff.

On Friday, fourteen new Coronavirus positive cases were reported in Bhopal, taking the total tally to 112 in the state capital.

The state has so far reported 259 positive cases and 16 deaths, according to the Union Ministry of Health and Family Welfare. However, the official tally from the State stands at 313.

On Thursday, Chouhan issued instructions to seal COVID-19 hotspots located in 15 districts of the state.

(This story has been updated with CM’s remark.)