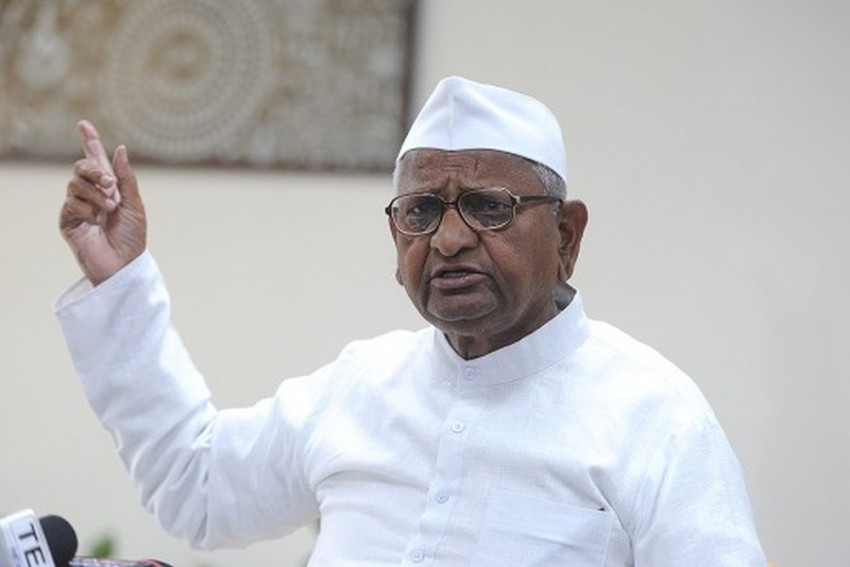 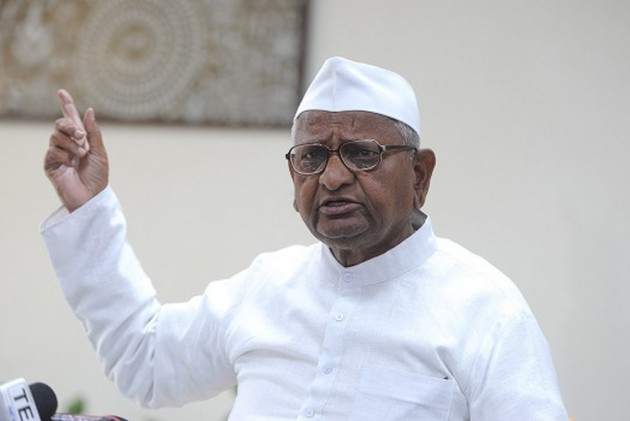 Anti-corruption crusader Anna Hazare has said that political parties' approach to come to power "by hook or crook" has led to criminalisation of politics, and called for  large-scale electoral reforms in the country.

The 81-year-old activist lamented that lack of awareness among voters and focus of political parties on winning the elections by any means, has led to degeneration of politics, and he saw no bright future for the country if the situation continued.

Hazare said that the voters were one of the pillars of the democracy.

"But looking at the reports of cash seizure from various places during the electioneering, one wonders why voters take money to vote. Is this the value of our freedom fighters, who gave us independence?" he asked.

"The sanctity of Parliament and state assemblies have come under threat," he said,  in his native village in Ahmednagar district of Maharashtra.

The octogenarian said he believed in the Constitution of India, in which there was no mention of election symbols and political parties.

He said, “Any individual who is above the age of 25 can contest elections. For the last six years, I am in correspondence with the Election Commission of India (ECI) seeking removal of election symbols. The Constitution of India recognizes only individuals."

The veteran Gandhian said using the sacrifices of martyrs for seeking votes was saddening.

"When the trend is to do anything to come to power, such misuse is seen and voters are sleeping," he said.

He expressed sadness over not getting any response from Prime Minister Narendra Modi to his 32 letters written on a range of issues.

Hazaare said the appointment of Lokpal recently done by the Centre was not up to his expectations.

"But, I am confident that it will put a break on corrupt practices,” he added.

He said he will vote on April 23, as Ahmednagar goes to polls in the third phase of Lok Sabha elections in Maharashtra.

"I will vote for the correct candidate or exercise the NOTA (none of the above) option," he added.

In response to the question, whether he was following the Lok Sabha election campaign, the activist replied, "Society does not remain the focal point in politics. The only motto is to get money through power and power through money."

Hazare said instead of the election symbols, names of candidates and their photos should be enough for voting.

"In 1952, when the first (general) elections were held (in India), printing technology was not advanced and hence symbols were used. But now, you do not need symbols. This will curb the entry of undesirable people in the law-making bodies," he said.

If the system of symbols is done away, people with good image and proven track record will get elected, he opined.