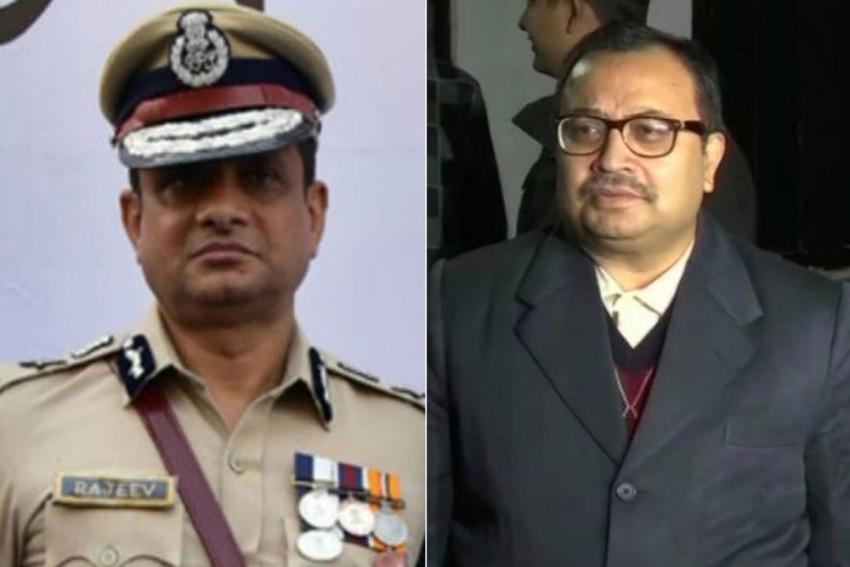 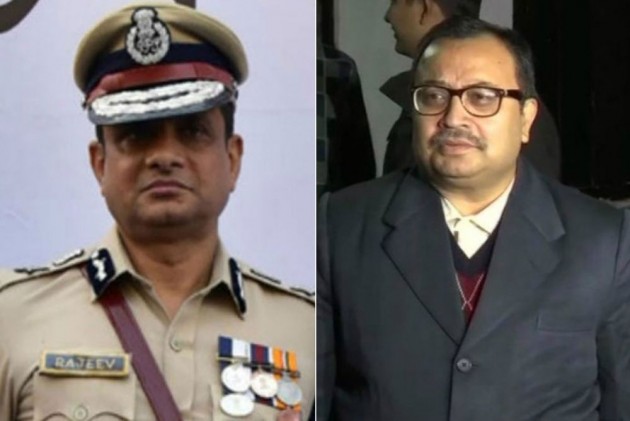 Kolkata Police Commissioner Rajeev Kumar was grilled for almost 11 hours by CBI sleuths on Sunday for the second consecutive day at the CBI’s Shillong unit in connection with the Rose Valley and the Saradha Chit Fund Scams. Former TMC MP Kunal Ghosh too was grilled with Kumar.

According to reports, the two were made to sit face to face at the probe agency's office.

The marathon questioning of Kumar and Ghosh began at 10.30 am and ended at 8 pm but they were both made to wait for the memorandum of confrontation between the two, officials said.

The questioning by the CBI, being done as per the directions of the Supreme Court, continued for the second day Sunday.

Kumar and Ghosh were grilled in the initial period by a 10-member team of the CBI, the officials said.

The Kolkata Police chief was quizzed for nearly nine hours on Saturday by three senior CBI officers about his alleged role in tampering of crucial evidence in the case, they said.

Kumar had led the special investigation team (SIT) formed by West Bengal Chief Minister Mamata Banerjee to probe the Saradha scam before the case was handed over to the CBI by the apex court.

Officials in Delhi said the CBI has not acceded to the demand of Kumar to have his questioning session videographed.

It is done in cases of custodial interrogations, they said.

There were reports quoting the lawyer of Kumar that his questioning sessions are being video recorded by the CBI on his request.

Ghosh, who arrived in Shillong shortly after 10 am, sought blessings of goddess Saraswati at a pandal, barely 100 metres from the CBI office, before entering the highly secured office of the investigating agency at Oakland.

"Both were questioned and made to sit face to face in the latter half of the day. Each of them were questioned separately in the initial period," an official privy to the investigation told PTI, requesting anonymity.

The former Trinamool Congress MP was arrested in 2013 in the Saradha ponzi scam and has been out on bail since 2016.

Ghosh, before entering the CBI premises, told media persons, "I have no comments (to make). I have been asked to attend a hearing at this office. All along I have been cooperating with the investigating agency. So, I came to attend it."

He had implicated BJP leader Mukul Roy, who was once the right hand man of Banerjee, and 12 others in the Saradha scam.

The Supreme Court had directed Kumar on Tuesday to appear before the CBI and "faithfully" cooperate in the investigation of cases arising out of the Saradha chit fund scam.

The court chose Shillong as the neutral meeting place "to avoid all unnecessary controversy" and made it clear that Kumar would not be arrested.

The CBI had moved the Supreme Court after its officials were thwarted by the Kolkata Police when they had gone to Kumar's official residence in Kolkata to question him on February 3.

Banerjee had rushed to the spot and had staged a three-day 'Save the Constitution' sit-in against the CBI move and accused Prime Minister Narendra Modi and BJP national president Amit Shah of plotting a "coup".

The central investigating agency had said that its officials had wanted to question Kumar to plug the holes in the Saradha investigation case as he was supposed to be in possession of certain key documents as a member of the SIT.