Home  »  Website  »  National  »  Kashmir Was A 'Problematic Place': Satya Pal Malik After Being Sworn In As Goa Governor

Kashmir Was A 'Problematic Place': Satya Pal Malik After Being Sworn In As Goa Governor

Satya Pal Malik was Governor of Jammu and Kashmir when Article 370, which accorded special status to the erstwhile state was abrogated 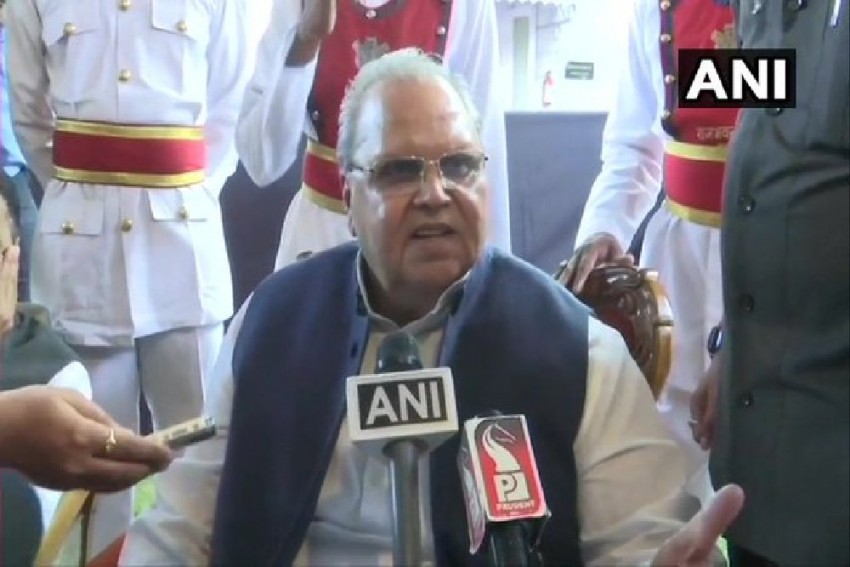 Satya Pal Malik, after taking oath as Governor of Goa, in Panaji
Twitter/ANI
Outlook Web Bureau November 03, 2019 00:00 IST Kashmir Was A 'Problematic Place': Satya Pal Malik After Being Sworn In As Goa Governor 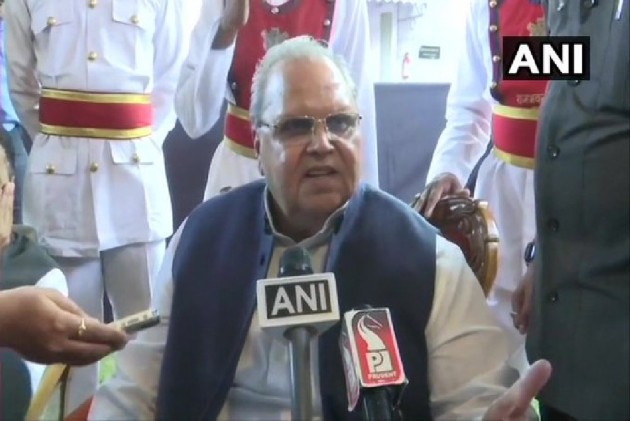 Former Governor of Jammu and Kashmir Satya Pal Malik, who was sworn-in as the Governor of Goa on Sunday here, described Kashmir as a "problematic" place and added, that he was looking forward to a more peaceful and relaxed stint in the coastal state.

Malik was sworn-in as Governor of Goa, by Chief Justice of the Bombay High Court Pradeep Nandrajog in a formal ceremony at Raj Bhavan near Panaji on Sunday. Malik was appointed as the Governor of Goa by President Ram Nath Kovind on October 25. He replaces Mridula Sinha, whose tenure expired on August 31.

Speaking to reporters soon after he was sworn-in, Malik said that he had "successfully" handled all issues in his previous stint as Governor of Jammu and Kashmir, which he described as a "problematic" place.

"I have come from Kashmir, which, is known to be a very problematic place. I have dealt with and handled all the issues there successfully.

Now, I'm here at a peaceful and a progressive place. So, I feel that I would be spending time here in a much more peaceful way. Also, the leadership here is non-controversial. They are doing work very well," Malik said.

Odd-Even Scheme To Begin In Delhi On Monday, 200 Teams Of Traffic Police Deployed