The three Karnataka cops did everything from digging a grave to arranging for a shroud and offering prayers to put the man -- refused a farewell by his family -- to rest. 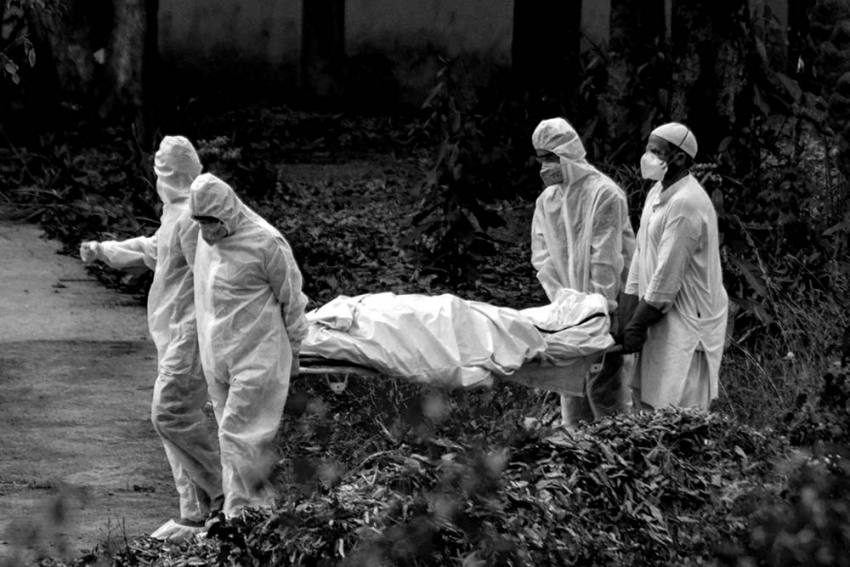 A 44-year-old man was killed earlier this week when elephants trampled him in Chamarajanagar district near Mysore. After the postmortem, the police went to his village to handover his body to his family for last rites. But the family refused to take the body fearing they would be infected with the Coronavirus.

According to a report in NDTV, three policemen took the job upon themselves to give the deceased a dignified burial.

The report named Assistant Sub Inspector Madegowda and two other cops who performed the last rites of the man and laid him to rest without the presence of any priest.

They last rites were performed at a Hindu cemetery in Chamarajanagar.

The three cops did everything from digging a grave to arranging for a shroud and offering prayers to put the man -- refused a farewell by his family -- to rest.

It was ASI Madegowda who dug the grave dug and even held incense sticks and said prayers for the deceased.

"The deceased was not mentally stable. The Assistant Sub Inspector performed the last rites three days back," said police officer Sunil, in-charge of the Chamrajanagar East police station to NDTV.

'Not Suffering From Any Disease': Amit Shah Dismisses Rumours About His Health