The Congress said the Supreme Court order on the Karnataka political crisis nullifying the whip sets a 'terrible judicial precedent'. 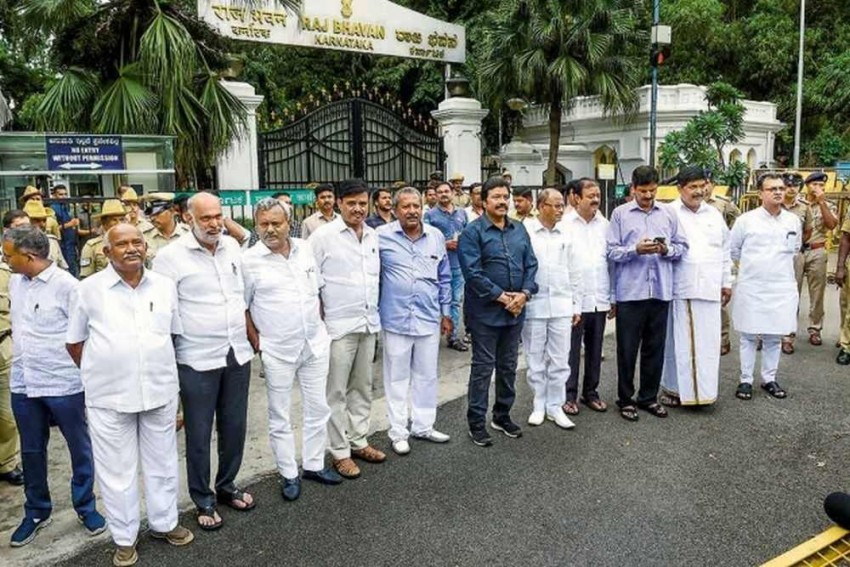 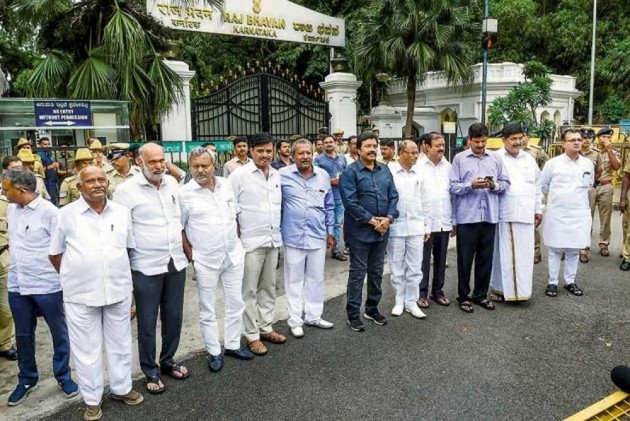 The Congress on Wednesday said the Supreme Court order on the Karnataka political crisis nullifying the whip and providing "blanket protection" to MLAs who have betrayed public mandate sets a "terrible judicial precedent".

The Supreme Court on Wednesday said 15 rebel Congress-JD(S) MLAs in Karnataka "ought not" to be compelled to participate in the proceedings of the ongoing session of the state Assembly and should be given the option of either taking part or staying out of it.

A bench headed by Chief Justice Ranjan Gogoi said Karnataka Assembly Speaker K R Ramesh Kumar will decide on the resignation of the 15 MLAs within the time-frame considered appropriate by him.

"Blanket protection to MLAs, who are driven not by ideology but by far baser concerns, is unheard-of," he said.

He also wondered whether the verdict means the court can interfere with the working of the state legislature by deciding when a whip will be enforced and whether the basic structure doctrine of separation of powers had been abandoned.

He urged the apex court to remember its own judgment of May 2016 striking down the illegal attempt of the BJP in Uttarakhand to form the government.

The Supreme Court bench, also comprising Justices Deepak Gupta and Aniruddha Bose, said the speaker's discretion in deciding on the MLAs' resignations should not be fettered by the court's directions or observations and he should be left free to decide the issue.

The apex court said the speaker's decision should be placed before it.

The court allowed the intervention application of five rebel MLAs to be made as parties in the case, in which 10 MLAs have approached the apex court earlier.

The Congress workers have alleged that the resignation by the rebel MLAs was a ploy to destabilize the Congress-Janata Dal (Secular) coalition government in the southern state.

On Tuesday, the top court heard all the parties. Karnataka Chief Minister H D Kumaraswamy and the speaker questioned its jurisdiction on entertaining the rebel MLAs, who alleged that they were being forced to act in a particular manner so as to save the coalition government in the state that had lost the majority.