Nadda said it is 'unfortunate' for the country that some people 'exhibit their wisdom' without understanding the issue. 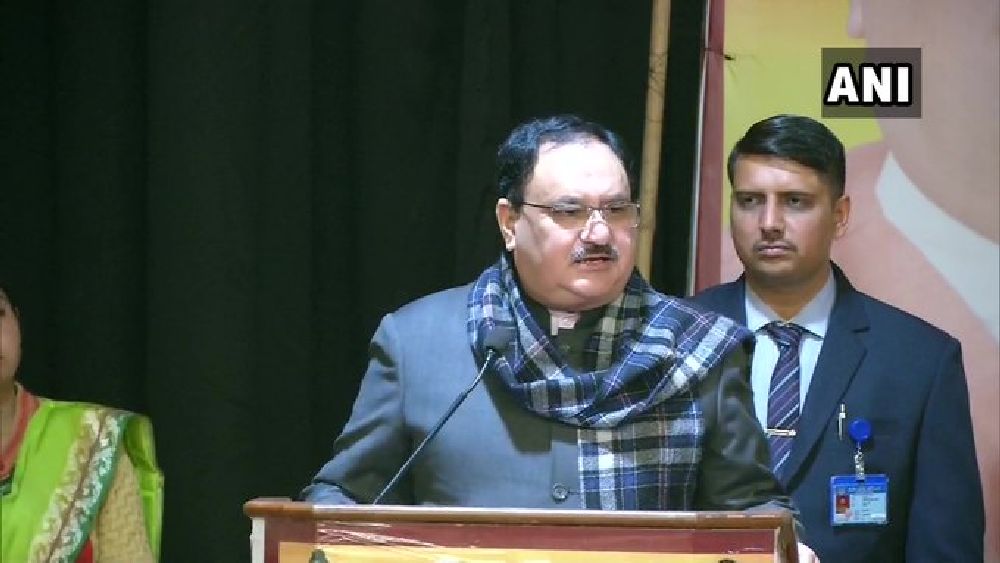 BJP working president J.P. Nadda on Friday accused Rahul Gandhi of misleading the country on the Citizenship (Amendment) Act and dared the Congress leader to speak 10 sentences on the law.

Speaking at a programme organised by a Buddhist body in support of the CAA, Nadda said it is "unfortunate" for the country that some people "exhibit their wisdom" without understanding the issue so as to mislead the masses.

"The Congress is opposing the CAA. I dare Rahul Gandhi to speak 10 sentences on the law. He should tell us in two sentences what is his problem with the CAA... He is leading such a big party and has to decide himself how he has to do it, but he should not mislead the country," the BJP working president said.

The amendments in the citizenship law are meant to give citizenship to members of minority communities who fled Pakistan, Bangladesh and Afghanistan due to religious persecution and took refuge in India, he said.

Likes of Mahatma Gandhi, Jawaharlal Nehru and Indira Gandhi had advocated giving citizenship to these persecuted minorities but the Congress does not have any leader now who could understand the issue, Nadda said.

Since coming to power for a second term, the Modi government has in six months resolved issues which had been pending for 70 years, he asserted, adding that opposition parties were left without any issue and had seized on the CAA to mislead the country.

"For the Congress and the Left, their vote bank comes before the country. For Prime Minister Narendra Modi, the country comes first and votes later," he said.

Critics are claiming that crores of people will arrive and settle in India due to this law, but the fact is that it is for those who arrived here by December 31, 2014, he added.

Opposition parties believe in keeping problems unresolved so that they could do politics over it while the Modi government has addressed issues like Article 370, he said.

Minorities were persecuted in Pakistan and Bangladesh and their population, he claimed, fell to three and seven per cent, respectively from 23 per cent in 1947.

Humanity demanded that the members of these minorities living in India be given justice so that they could join the mainstream and avail of education, health and job facilities, he said.