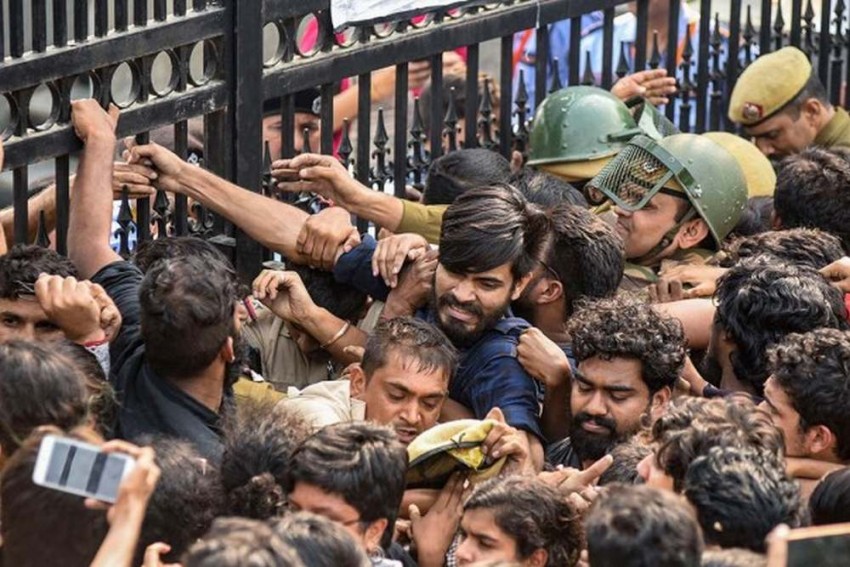 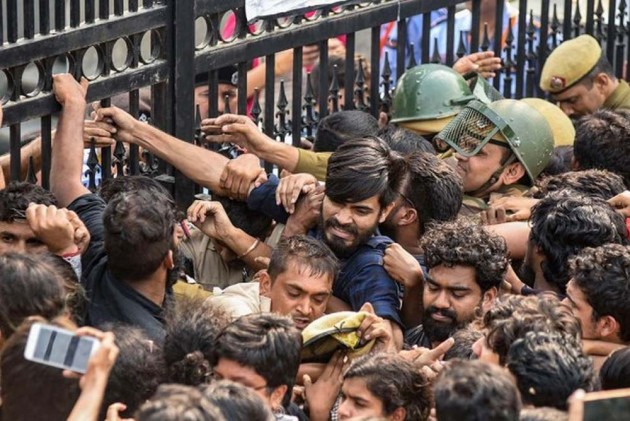 Jawaharlal Nehru Students' Union (JNUSU) on Wednesday protested outside the university campus during the Executive Council meeting on Wednesday against the draft hostel manual.

The draft hostel manual might come up for discussion at the Executive Council (EC) meeting on Wednesday and if approved, will be implemented.

Since Tuesday was a holiday, the students continued with their strike but did not hold any protests, JNUSU vice-president Saket Moon said.

On Wednesday, the students held a protest outside the campus and submitting a memorandum of their demands to the EC members.

They wanted the IHA meeting which was convened without their participation on October 28, where the draft hostel manual was passed, be held again.

The students want the EC members to raise the issue and ensure that the draft hostel manual is not implemented.

On Tuesday, the students of FTII, Pune and the Banaras Hindu University (BHU) expressed solidarity with the JNU students and staged protests.

The students of Delhi University's Campus Law Centre also released a statement to condemn the alleged police brutality on JNU students who protested outside the varsity's convocation venue on Monday.

The members of Left-affiliated All India Students' Association at Ambedkar University will also be holding a protest on Wednesday.

On Monday, thousands of JNU students clashed with the police as their protest over the steep fee hike escalated, leaving Union HRD Minister Ramesh Pokhriyal 'Nishank' stranded for over six hours at the venue of the university's convocation.

They were protesting outside the All India Council of Technical Education (AICTE) premises, the venue for the university's third convocation, which was addressed by Vice President M Venkaiah Naidu.