On January 5, a group of masked men and women entered the campus, assaulted students and teachers with sticks and hammers, destroyed property, including vehicles, and fled. 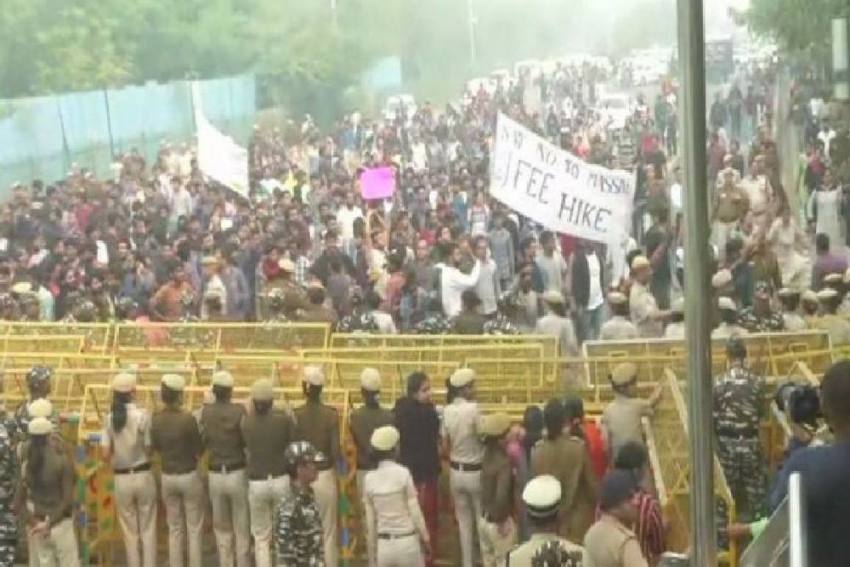 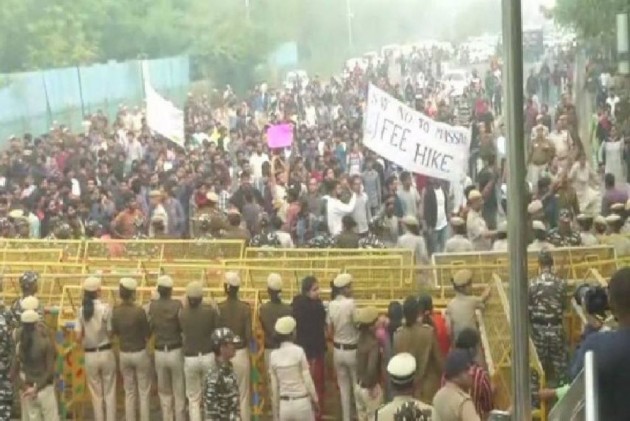 Union HRD Minister Ramesh Pokhriyal 'Nishank' on Monday said the continuation of protests by JNU students is not justified as the fee-hike issue has been settled.

"The fee-related matter of JNU has been sorted out following several rounds of discussions with representatives of JNU students and teachers," Nishank said.

"The main demand by students related to the increase in service and utility charges and other related issues have now been settled and the continuation of agitation by the students is no longer justified," he added.

Students at the Jawaharlal Nehru University have been protesting for over two months against the massive hike in hostel and mess fee.

On January 5, a group of masked men and women entered the campus, assaulted students and teachers with sticks and hammers, destroyed property, including vehicles, and fled. The incident led to protests across the country, with students of St Stephens and Delhi School of Economics also stepping out in solidarity with their JNU colleagues.

Akshat Awasthi and Rohit Shah, ABVP members, whose faces emerged during a TV channel sting, refused to join the investigation, police said, hoping they would join the probe on Tuesday.

The official said the police called up a "masked woman", identified as Komal Sharma, but her phone was found to be switched off. "A notice has been sent to her to join the investigation. She is a student of Delhi University's Daulat Ram College," said the official.

The police have so far issued notices to 9 accused asking them to join the investigation into the JNU violence. Seven out of the 9 suspects are from Left organisations. Out of the seven accused, three -- JNUSU President Aishe Gosh, Bhaskar Vijay and Pankaj -- joined the investigation on Monday.