The government said no list of unserved areas has either been considered or approved for liquor sale points in the Union Territory. 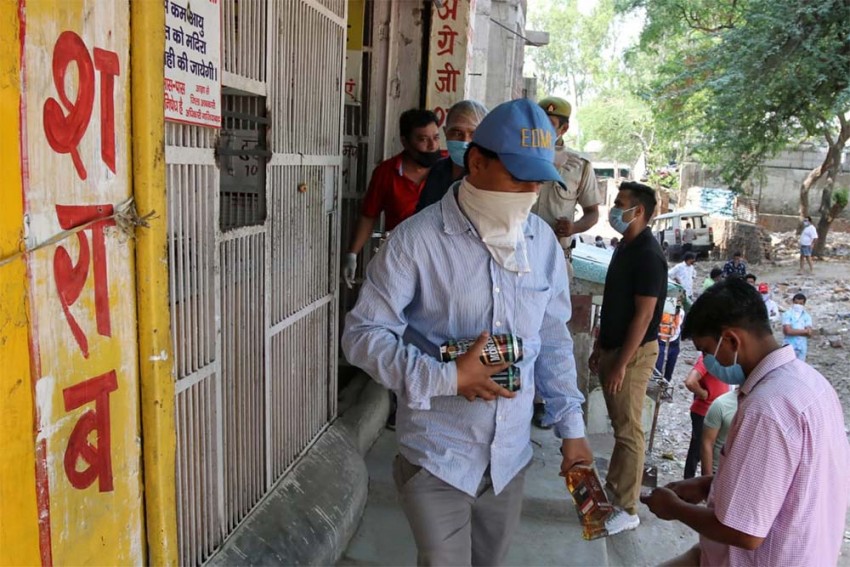 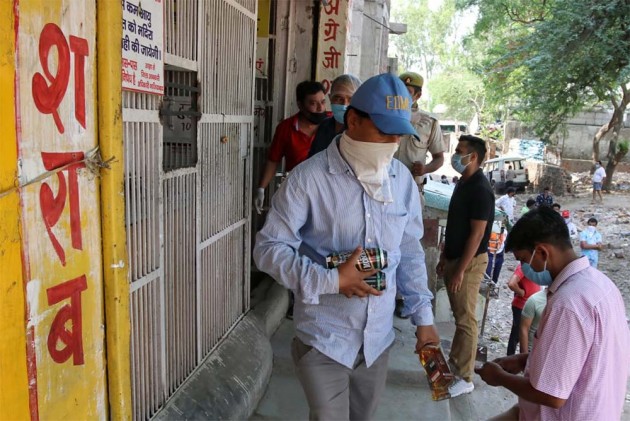 The Jammu and Kashmir government on Sunday said that the finance department has not taken any policy decision regarding issuance of fresh liquor licences in unserved areas after the excise department carried out a survey on liquor sale points.

The government said no list of unserved areas has either been considered or approved.

“No decision will be taken without participation of stakeholders and due process,” J&K government spokesman Rohit Kansal said.

While Kansal insists on the finance department’s prior approval and urged people not to believe rumours about opening up of liquor sales points, excise commissioner of Jammu and Kashmir Rajesh Kumar Shaven told Outlook the government has only done a survey about liquor sales points. He said surveys take years to be implemented.

The government released the statement after National Conference and other parties raised objections over liquor sale in the Union Territory. National Conference chief spokesman Ruhullah Mehdi ridiculed the government’s clarification statement saying “I hope this denial and clarification is not like those regarding the orders issued in the build-up to August 5 last year. I urge the people in administration not to even consider such plans (if any). Such plans will have serious consequences,” he said.

“History testifies the fact that most of the revolts were triggered less by political issues and more by the issues related to faith and culture. And ultimately took a bigger shape,” Mehdi added.

The Jammu and Kashmir Apni Party (JKAP) said it will not support any such decisions which are bound to endure an onslaught on Kashmir’s cultural ethos. Zaffar Iqbal Manhas, former legislator and senior leader of the party said the government proposal to open liquor shops at around 183 newly identified locations in J&K including 67 in Kashmir valley is totally unacceptable as the decision is bound to have disastrous consequences for peace in the region.

“Such decisions are highly condemnable. Kashmir is a land of sufis and saints and such obnoxious proposals are mooted to vitiate the peaceful atmosphere,” Manhas said, adding that such government decisions will spread immorality among the local youth, who are already fighting against the drug menace.

“There are other States like Gujarat, Bihar, Nagaland, Mizoram and Lakshadeep which are coping with the lockdown despite a ban on liquor sale and consumption. Why to choose predominantly Muslim areas of Kashmir Valley for opening large scale liquor sale points when there is no such requirement?” he asked.

Congress leader Salman Nizami said that the "BJP's new plan in Kashmir is to engage youth into drugs and alcohol." He added that “by giving nod to open new wine shops, their aim is to destroy our culture and future.”

At present, J&K has 224 wine shops with 220 in Jammu and four in Kashmir. Fearing militant threats, the four shops in Kashmir are running from high security zone areas.

As per the documents, the excise department's survey has identified spots and places in south Kashmir’s all four districts—Pulwama, Shopian, Kulgam and Anantnag. The survey also includes spots for sale points in Srinagar, Baramulla, Bandipora, Ganderbal and Budgam. In 1990, when militancy erupted in the valley, a little known militant group opposed the sale of liquor in the valley and closed liquor shops and sale.

The BJP has been opposed liquor sale in Jammu in the past. In 2018, BJP leader and present president of the party Ravinder Raina had demanded that Jammu and Kashmir be declared a dry state, and alcohol and bars be banned immediately.

The survey and the seeking of approval of the finance department for e-auction of liquor sales-points have come under severe criticism with people taking to social media saying "no to drugs, no to liquor shops."