Jharkhand Minister Hits Out At Media For Rhea's Trial 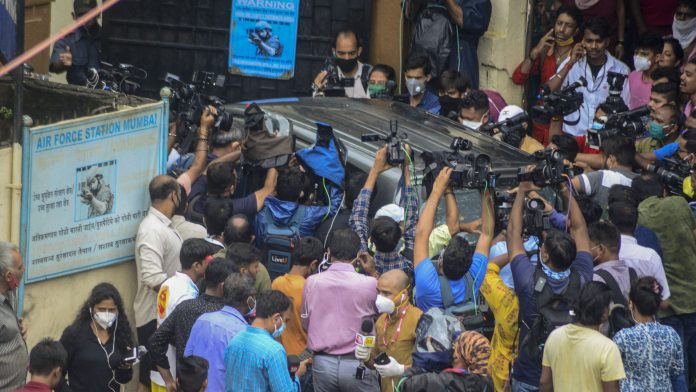 A minister in the Hemant Soren government in Jharkhand has expressed concern over the ongoing media trial of Rhea Chakraborty, who was arrested by the Narcotics Control Bureau (NCB) in links with a drugs connection on Tuesday, wondering if the media wants another case of suicide.

Mithilesh Kumar Thakur, Minister for Drinking Water and Sanitation in the Jharkhand cabinet, has hit out at the ongoing media trial in the Sushant Singh Rajput case. In a tweet, the minister expressed concern saying, "What a tamasha! Punishment before the crime is proven?? Will you prompt another suicide? You should be ashamed.” The minister tagged the Prime Minister’s office, Union Home Minister Amit Shah and Jharkhand Chief Minister Hemant Soren, requesting them to intervene. He also posted photographs of the actress being surrounded by a crowd of media persons.

Thakur is the first minister in the Jharkhand cabinet who has come out in open support of Sushant’s former girlfriend, Rhea, who is currently at the centre of a prolonged media trial.
Also, this is not the first time that Thakur has expressed concern over the media coverage in the case. On September 5, he had taken a dig at the Bihar BJP wing for its posters of Sushant in the poll-bound state: “Politics over death … one should learn from them,” he had commented.

Recently, the art and culture wing of Bihar BJP released a poster and stickers with Sushant’s smiling picture, which also carried a slogan: “Naa bhoolenge, naa bhoolne denge (“Neither have we forgotten, nor will we let you forget”). Thakur’s tweet has evoked mixed reactions on social media.