By-election to over 12,500 panchayat seats in Jammu and Kashmir was scheduled to be held in eight phases from March 5. 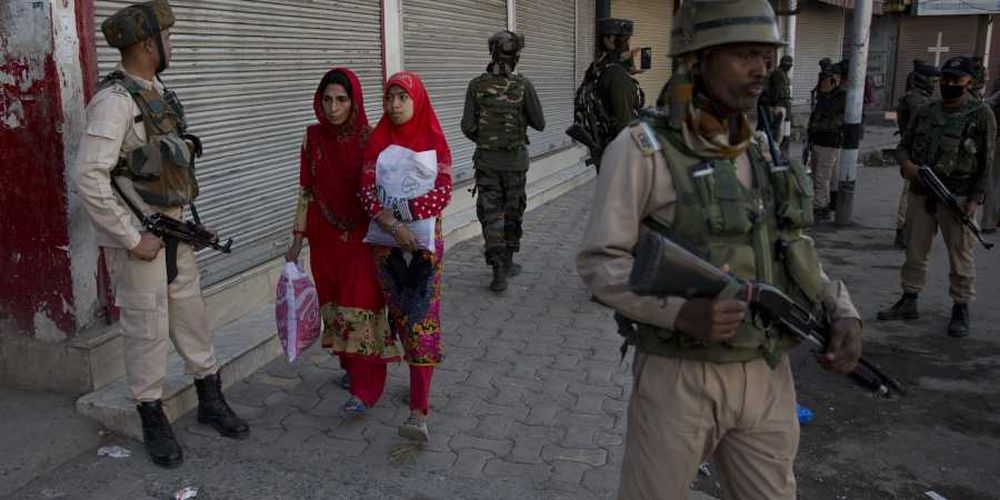 The bypolls to panchayats scheduled from March 5 in Jammu and Kashmir has been postponed due to security reasons, J&K Chief Electoral Officer (CEO) Shailendra Kumar said on Tuesday.

By-election to over 12,500 panchayat seats in Jammu and Kashmir was scheduled to be held in eight phases from March 5.

"The bypolls to panchayats has been postponed for three weeks due to security reasons," Kumar said.

He said this step was taken after inputs given to him by the home department over security issues.

The Model Code of Conduct came into force with the announcement of the bypolls on Thursday. The CEO has already issued two notifications for the first and the second phase of eight-phase by-election.

Panchayat elections were last held in 2018 and were boycotted by the PDP and the NC.

CEO Kumar earlier on Tuesday held a meeting with all parties on the bypolls, amid criticism by the mainstream political parties about the continuous detention of their leaders and failure to allow them to conduct political activities.

Three former J&K chief ministers -- NC's Farooq Abdullah, his son Omar Abdullah and PDP's Mehbooba Mufti-- are under detention since last year when the Centre had abrogated Article 370 provisions of the erstwhile state of Jammu and Kashmir and split it into union territories of Jammu and Kashmir, and Ladakh.

"We held a meeting of all the parties of Jammu and Kashmir to hear their concerns. They raised some grievances in the meeting," Kumar had said.

He had said that "we will try to address the issues suitably".

During the meeting, J&K Congress vice president G N Monga said despite issuance of the notifications by the election department, the party's chief in the union territory G A Mir was not allowed to visit Srinagar to hold meetings in connection with the bypolls.

PDP leaders did not take part in the meeting because it believes that the polling cannot take place if the leadership remains under detention, one of its leader said.

The CPI(M) criticised the CEO for failing to invite their party for the meeting and expressed concern over it.

"We were not invited for the meeting. We are a national party. It is a matter of concern for us," CPI(M) leader M Y Tarigami said.

National Conference leader Ratan Lal Gupta said the party is of the view that the situation is not conducive for holding elections.

With RJD-Led Opposition In Disarray, Can Prashant Kishor Do A Kejriwal In Bihar?