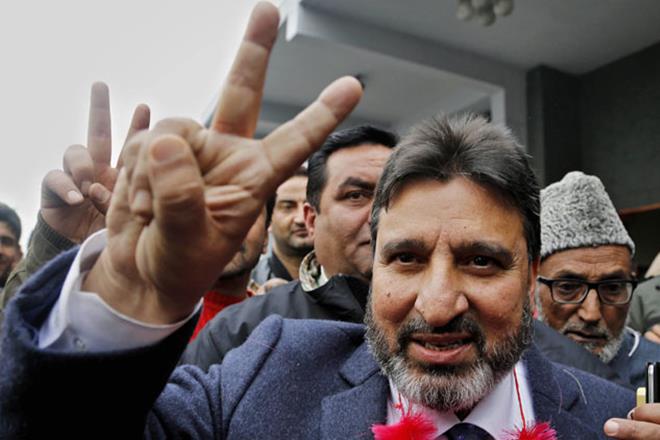 On Thursday, PDP expelled eight party leaders for going "against the will of the people" by engaging with the foreign envoys.

“It deeply pains me to inform you that after rounds of consultation with the cadre on ground, I am left with no option but to severe my ties and decades of association with the party. I had joined PDP under the visionary leadership of late Mufti (Mohammad Syed) Sahab, who provided people a viable political alternative to end the uncertainty hovering above the political landscape of J&K,” reads the letter shot by Andrabi to Mehbooba Mufti, former chief minister and president PDP, who is under detention since August 5.

“In all this, I have always served as a dedicated party person wherein it was an endeavor to serve on various key party posts under the dynamic leadership of Mufti Sahab. Now that recent events of expulsion of senior party leaders from the party have brought to the fore the central issue of neglect of the grassroot workers in favour of armchair leaders.”

He said if the senior leaders had met the foreign delegation and the Lt. Governor, "they have not committed any crime.

Also Read: A New Political Alliance In Kashmir Is Making Waves In Face Of Criticism

“They sought release of jailed leaders and they committed no crime,” he said. “It is strange that Mehbooba Mufti is in custody and her party spokesman is expelling senior leaders,” Andrabi said.

He said he was deliberating about various options and wouldn’t hestate to join Altaf Bukhari in case the need arises.

Former Chief Minister, Mehbooba Mufti, detained on August 5 under section 107. For past one week, several senior party leaders of the PDP have sided with former Finance Minister Altaf Bukhari, who is likely to float a new party in coming days. Bukhari recently met the Lt Governor and sought restoration of the statehood.

Public Safety Act Against 26 People Revoked In Jammu and Kashmir