If the proposed delimitation of assembly constituencies in Jammu comes through, Kashmir-based parties will lose their edge and J&K might even have its first Hindu Chief Minister, writes Basharat Ali 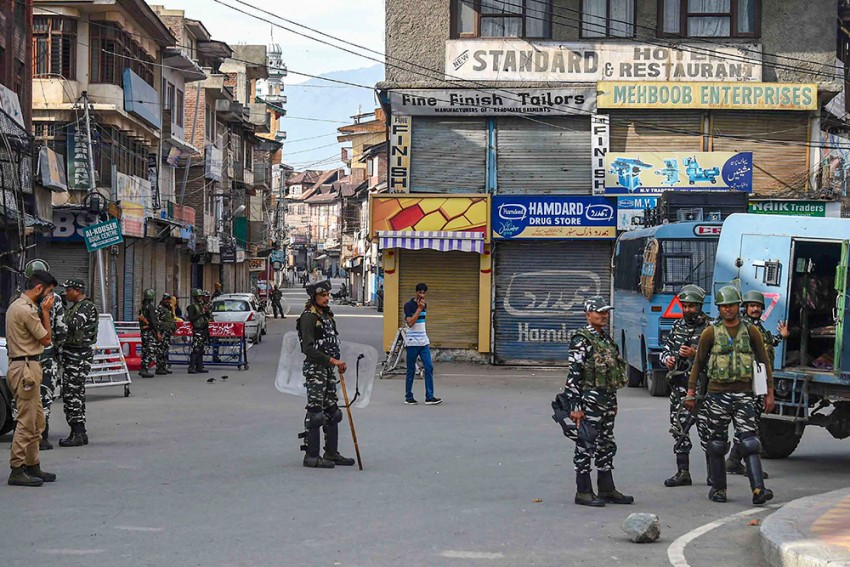 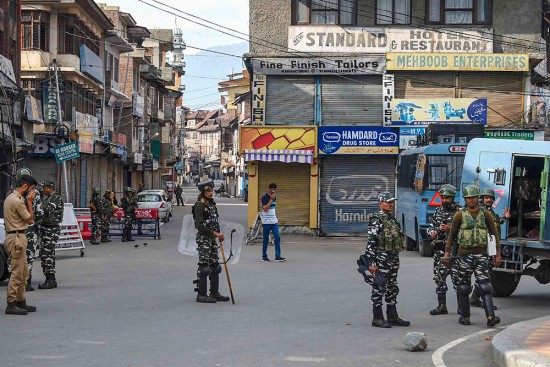 In the first episode of Game of Thrones Season 2, Melisandre, the red priestess, yells out to the gods: “The night is dark and full of terrors.” When former J&K CMs Mehbooba Mufti and Omar Abdullah were put under house arrest on the evening of August 4, they must have felt the same, but with a little difference. “The terrible of them all are our own errors,” they must have felt. Or maybe not.

The dark clouds had been gathering for a while. First, Amarnath pilgrims and tourists were asked to immediately leave Kashmir. A possible “terror att­ack” was cited as the reason. The government arran­ged transport for their evacuation. Non-local students in the National Institute of Technology (NIT) were also asked to leave, though the district administration in Srinagar denied passing any such orders. Finally, on August 5, Union home minister Amit Shah ended all speculation. The attack did not come from Pakistan, but  was terrifying nevertheless. He proposed a bill in Parliament to amend Article 370 of the Indian Constitution.

Sold to the people of Kashmir as the bridge that connects them with India and ensures the state a special status in the Indian Union, Article 370 has been the only election plank for the ‘pro-India’ parties in Kashmir—parties that contest elections under oath of the Indian Constitution. Those who challenge the legitimacy of Indian rule in Kashmir have always expressed their aversion to any constitutional arrangements that binds the region to the Union. The arrest of the former CMs is, however, no music to Kashmiri ears. For them, it is the old reel playing out with new artistes of the same troupe, with new persons in charge.

The Indian State has, since the time of first PM Jawaharlal Nehru, thought of the Kashmiri politicians who help India administer the place as dispensable. Elected governments have been dissolved at the drop of a hat to allow smooth cuts into the body politic of the place. The Congress started it; the BJP is only perfecting the art. The ‘pro-India’ parties have also been patronised and funded by different regi­mes in Delhi. They have served as clients whose business could be shut down any time. The script is old. The latest act, however, has come with the most brutal military siege of what is by all accounts the most militarised zone in the world.

Besides the more than seven lakh troops who were stationed in the Valley already, the government dep­loyed thousands more. Think of Iraq and Afghanistan, and you are still far from the reality of militarisation in Kashmir. When in power in the past, the ‘pro-India’ parties have used similar siege-like tactics to deal with the mass uprisings of 2008, 2010 and 2016. Hundreds were killed. They had justifications available then for what is making them cry today. And this brings us to the most significant aspect of the ongoing act: the government’s total disregard of and utter disdain for the so-called mainstream in Kashmir boost the azadi narrative . This is exactly, theoretically speaking, what ‘pro-freedom’ politics in Kashmir wanted: the complete de-legitimisation of ‘pro-India’ politics.

This is happening at a big cost, though. The entire leadership of the ‘pro-freedom’ parties has been ­arrested under one or the other pretext. Their mobilisation networks have been incapacitated. And this has been happening with the approval of parties like the National Conference (NC) and the Peoples Democratic Party (PDP). Again, theoretically speaking, is the fight to safeguard Article 370 for the ‘pro-freedom’ parties to take up? They have always said: “Aayeen Hindustan ka manzoor nahein, manzoor nahein” (The Indian Constitution is not acceptable). It is for the NC and the PDP to bite the bullet over this or take one, if they are ready to. But they will continue to pander to the ‘democracy lobby’, hoping they are allowed to rule over J&K again. That won’t be easy, though. If the proposed delimitation of assembly constituencies in Jammu comes through, Kashmir-based parties will lose the edge. J&K might even get its first Hindu CM. So Amit Shah was not entirely off the track when he told Parliament that the rule of three families in Kashmir is over.

With the Union taking direct control, the divide is now stark. Pro-India parties are no longer an interface as they are getting what they have always wished Hurriyat or Jamaat-e-Islami should get. As the red priestess says, the false gods have been taken away.

(The writer is a research scholar at the MMAJ Academy of International Studies, Jamia Millia Islamia. Views expressed are personal.)